Everything They Don’t Like Is Now A Public Health Emergency

Authored by Kyla Hatcher via The Mises Institute,

Last summer, infectious disease experts at the University of Washington wrote what they called an “[o]pen letter advocating for an anti-racist public health response to demonstrations against systemic injustice occurring during the COVID-19 pandemic.”

It is essentially a letter explaining that white supremacy is a public health issue, especially in light of covid-19. 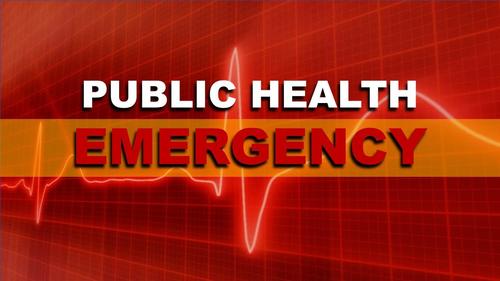 Here are some passages from the letter (emphases added), followed by my analysis of each:

White supremacy is a lethal public health issue that predates and contributes to COVID-19.

As public health advocates, we do not condemn [demonstrations that call attention to the pervasive lethal force of white supremacy] as risky for COVID-19 transmission.

This should not be confused with a permissive stance on all gatherings, particularly protests against stay-home orders. Those actions not only oppose public health interventions, but are also rooted in white nationalism and run contrary to respect for Black lives.

Protests against systemic racism, which fosters the disproportionate burden of COVID-19 on Black communities and also perpetuates police violence, must be supported.

Therefore, we propose the following guidance to support public health:

Instead, the agency is assigned to racism itself. It is racism, not racist people, that is the public health issue; it is white nationalism that kills people. This is the same tactic used by antigun lobbies in their slogan “Guns kill people.” If guns kill people, guns need to be illegal. People killing people with guns is already illegal, just as white supremacists killing black men is already illegal. To advance further legal change, you have to change the language. “White supremacy kills people” leads the same people who want guns outlawed to want white supremacy outlawed. While the letter does not draw out these ideas to their logical conclusions, the logic employed is well down the slippery slope of sacrificing free speech.

“We do not condemn [demonstrations that call attention to the pervasive lethal force of white supremacy] as risky for COVID-19 transmission.”

That’s weird because every other kind of gathering is condemned by these people as risky.

“This should not be confused with a permissive stance on all gatherings, particularly protests against stay-home orders. Those actions not only oppose public health interventions, but are rooted in white nationalism and run contrary to respect for Black lives.”

These “experts” have even labeled protests against stay-home orders as demonstrations of white nationalism. How is protesting stay-home orders racist? It is not, of course, but by labeling it that and by labeling white nationalism lethal, we can conclude that protesting stay-at-home orders must also be lethal. By definition, then, these cannot be truly peaceful protests. We’re left with the conclusion that these protests must be regarded as illegal.

The letter itself doesn’t take things quite this far, but as these ideas are accepted more and more by medical professionals and the public, they are more likely to be adopted by the US Public Health Service, and then how long until we see these kinds of results?

“Advocate that protesters not be arrested or held in confined spaces, including jails or police vans, which are some of the highest-risk areas for COVID-19 transmission.”

It’s easy to point out the glaring contradiction here. Protesters should not be arrested because that puts them at a higher risk for covid-19. But earlier in the letter it is argued that protests are not risky for transmitting the virus and that authorities shouldn’t enforce social distancing and masking in public because they’re not risky. But that is just the tip of the iceberg. Health experts are telling the police who they can and cannot arrest not based on innocence or guilt, but on the basis of health.

This Is Why We Can’t Have Nice Things

Thankfully, the Centers for Disease Control and Prevention (CDC) has not yet labeled white supremacy a public health emergency, yet leading medical schools have signed on to support the letter and are actively teaching their medical students that things like white supremacy can be dealt with in the realm of health.

Americans have made health and safety their gods – over freedom, over luxury, over progress and ingenuity, over God. And they have taken the words of their gods’ prophets as scripture.

During the “age of covid,” we have seen Americans sacrifice everything (jobs, family, religion, social life) to health and safety, and in this letter we witness health experts speaking totally outside the realm of their expertise.

In any case, Americans have apparently become well trained when it comes to so-called public health emergencies. Because both the public and the “experts” apparently worship health and safety above all else, it is not hard to believe that we can count on widespread obedience during the next declared emergency.

What will be called a public health issue next? Gun violence (been there), transphobia (done that), religion, private schools and home schools?

We would not be the first nation to lose its liberties on the installment plan.