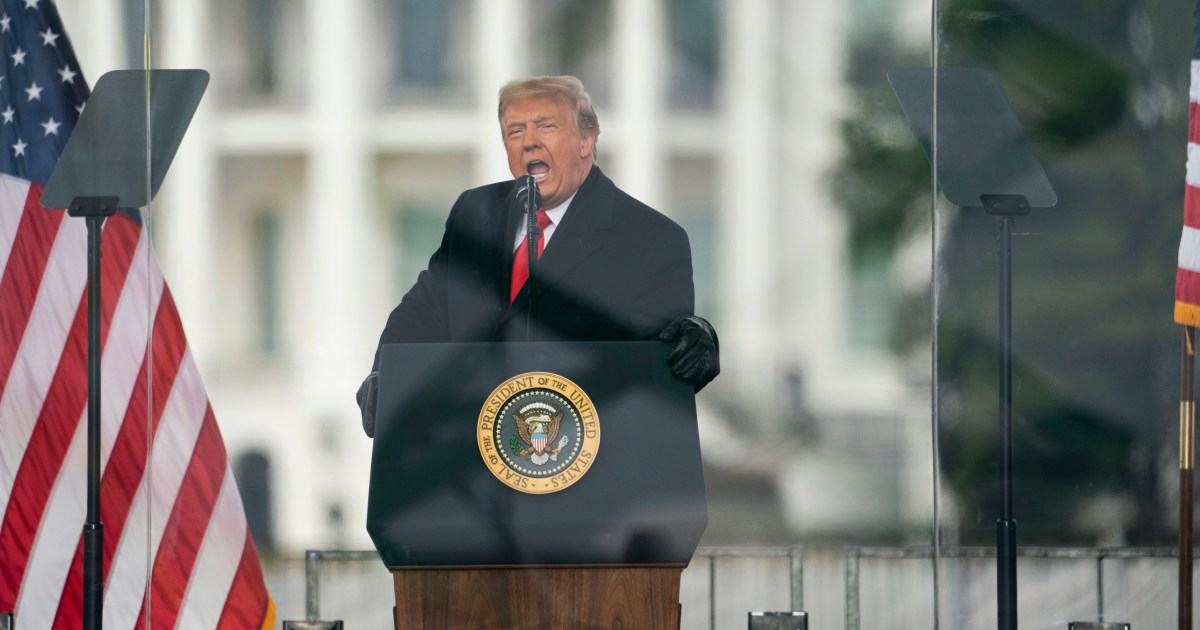 The launch of the platform, dubbed TRUTH Social, comes months after Trump was banned from most major social media sites.

Former United States President Donald Trump has announced the launch of his own social media platform, nine months after being expelled from all major sites for his role in allegedly inciting violence at the US Capitol following his election defeat last year.

In a statement on Wednesday, Trump said the launch of Trump Media & Technology Group (TMTG) and its “TRUTH Social” app is meant to remedy his suspensions from sites such as Facebook and Twitter in the wake of the January 6 storming of the Capitol by his supporters as legislators met to certify the victory of the Republican’s Democratic rival, incumbent President Joe Biden.

“We live in a world where the Taliban has a huge presence on Twitter, yet your favorite American President has been silenced. This is unacceptable,” Trump said in the written statement included in a news release.

The social network is set for a preliminary rollout in November and a full rollout in the first quarter of 2022, according to the release. It is being created through a new company formed by a merger of the TMTG and a special acquisition company.

The social media platform is the first of the three stages in the company’s plans, followed by a subscription video-on-demand service called TMTG+ that will feature entertainment, news and podcasts, and an entry to the cloud-computing space, according to the release.

Trump, who was impeached by the US House of Representatives for his role in egging on rioters on January 6, but later acquitted of the charges in the then Republican-controlled US Senate, has been vocal about his desire to launch his own media platform following his presidency.

An earlier effort to launch a blog on his existing website was abandoned after the page drew dismal views.

In May, a semi-independent Facebook oversight board upheld Trump’s suspension from the site, on which he had about 35 million followers, while criticising the open-ended nature of the ban and calling for the company to determine a more concrete timeline of the ban within six months.

In July, Trump sued Facebook, Twitter and Google, along with their chief executives, seeking the restoration of his accounts and punitive damages.