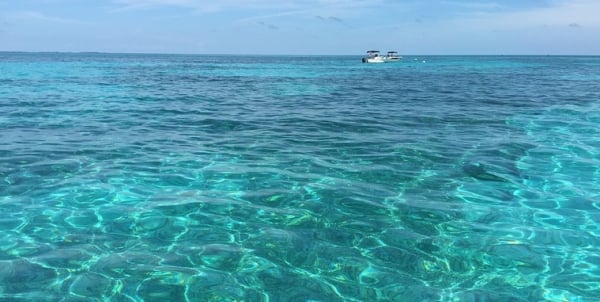 Three Cuban nationals were rescued by the U.S. Coast Guard after they survived off of coconuts and rats while on a deserted island for 33 days, the agency announced Wednesday.

The Cuban nationals were stuck for 33 days on Anguilla Cay in the Bahamas, according to the press release. The island is located between Cuba and the Lower Florida Keys, according to CNN.

Lt. Justin Dougherty said the Cuban nationals swam to the island after their boat capsized in choppy seas and survived for 33 days, according to Local10.com.

“That is pretty extraordinary. It was incredible,” Dougherty said, according to Local10.com.

Dougherty further said it was likely they lived off of coconuts, according to Local10.com. The survivors told the Coast Guard team they ate conch and rat meat and a water shortage would’ve killed them.

“I don’t know how they did it. I am amazed that they were in such good shape,” Dougherty said, according to Local10.com.

The helicopter team brought the Cuban nationals, one man and a woman, to Lower Keys Medical Center and the survivors sustained no reported injuries, according to the press release.

“Thanks to our aircrews diligently conducting routine patrols, we were able to spot people in distress and intervene,” Sean Connett, command duty officer at Coast Guard Seventh District said, according to the press release. “This was a very complex operation involving asset and crews from different units, but thanks to good communication and coordination between command centers and pilots, we were able to safely get everyone to a medical facility before the situation could worsen.”

Previous post: [ Republicans fight back: 14 states consider lawsuit over Keystone Pipeline ]
Next post: [ US Shifts Official Justification Of Its Illegal Presence In Syria From "Guarding Oil" To "Fighting ISIS" ]