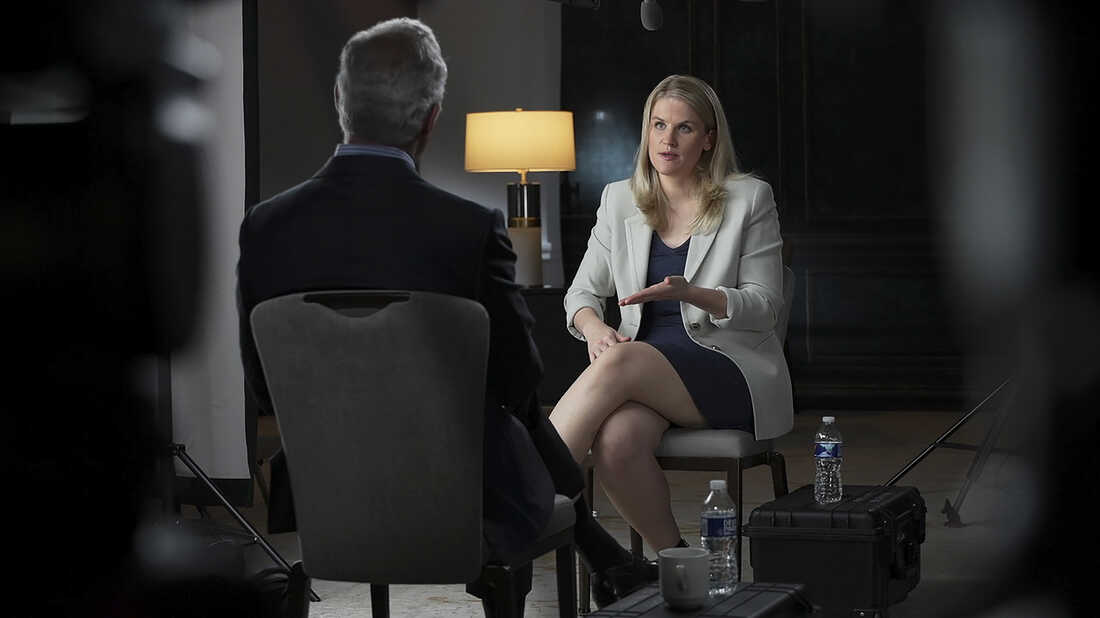 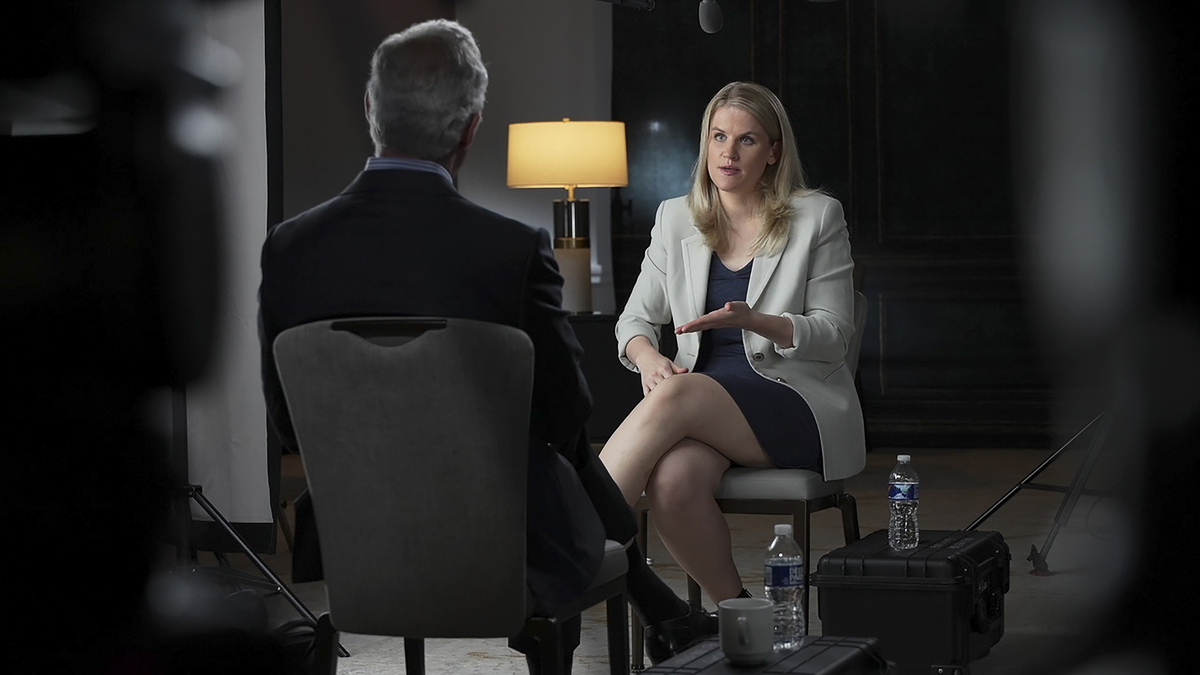 A data scientist named Frances Haugen has revealed herself to be the whistleblower behind a massive exposure of the inner workings at Facebook.

Prior to appearing on 60 Minutes on Sunday, Haugen, a former employee at the social media giant, kept her identity a secret after sharing thousands of pages of internal Facebook documents to the media and federal law enforcement.

Haugen’s planned testimony this week, as well as the information she shared so far, suggests the company deceived the public and its investors about its ability to deal with hate speech and misinformation on its platform.

“Facebook over and over again has shown it chooses profit over safety,” she said during the interview on Sunday.

Haugen’s document dump, her testimony scheduled in front of Congress this week, and an ongoing investigative reporting series into the company are potentially pushing Facebook into its biggest crisis yet. The negative spotlight also comes as Republicans and Democrats on Capitol Hill are increasingly scrutinizing Facebook’s actions.

She pointed to Facebook’s investment to monitor for harmful content; disputed the way Facebook’s own research on teenagers’ mental health has been reported; and rejected the claim that the social network has furthered political polarization.

Recent reporting by The Wall Street Journal had already put Facebook in the spotlight. Haugen shared thousands of Facebook documents with the newspaper that went into the creation of the Facebook Files series.

So far the newspaper has revealed how anti-COVID-19 vaccine information flourished on Facebook. It also reported how separate rules allegedly apply to celebrities and politicians on the site. Facebook allowed VIP users to, for a time, avoid penalties for bad behavior, according to the report.

Haugen has also detailed how she says Facebook quickly disbanded its civic integrity team — responsible for protecting the democratic process and tackling misinformation — after the 2020 U.S. election. Shortly afterward came the Jan. 6 insurrection at the U.S. Capitol, in which organizers used Facebook to help plan.

“I don’t trust that they’re willing to actually invest what needs to be invested to keep Facebook from being dangerous,” Haugen told 60 Minutes.

Facebook started in CEO Mark Zuckerberg’s Harvard dorm. Now it’s estimated to be worth $1 trillion. As it has grown, so too have its controversies.

The company faced massive blowback from users, politicians and regulators following the Cambridge Analytica debacle more than three years ago.

A whistleblower named Christopher Wylie went public in 2018 exposing how millions of Facebook users’ personal data was accessed, without the users’ consent, by the U.K. firm Cambridge Analytica. The now-defunct company used this information to attempt to influence several elections around the world, including the U.K.’s Brexit vote on leaving the European Union.

Three years later, Facebook, which has maintained no liability in the Cambridge Analytica dealings, walked away from the entire episode relatively unscathed.

Facebook paid a $5 billion penalty to the Federal Trade Commission to resolve a sweeping investigation into its privacy practices prompted by the scandal, as well as a £500,000 (about $643,000) fine to the U.K. government. But critics said the FTC fine, while the largest privacy settlement in the agency’s history, amounted to a slap on the wrist, given that it equated to about a month of revenue for Facebook.

In 2020, Facebook was criticized yet again for how it regulates political ads and misinformation on its platform, but no regulatory changes came of the criticism.

After the Haugen interview aired on 60 Minutes, Connecticut Sen. Richard Blumenthal shared on Twitter, “Facebook’s actions make clear that we cannot trust it to police itself. We must consider stronger oversight, effective protections for children, & tools for parents, among the needed reforms.” 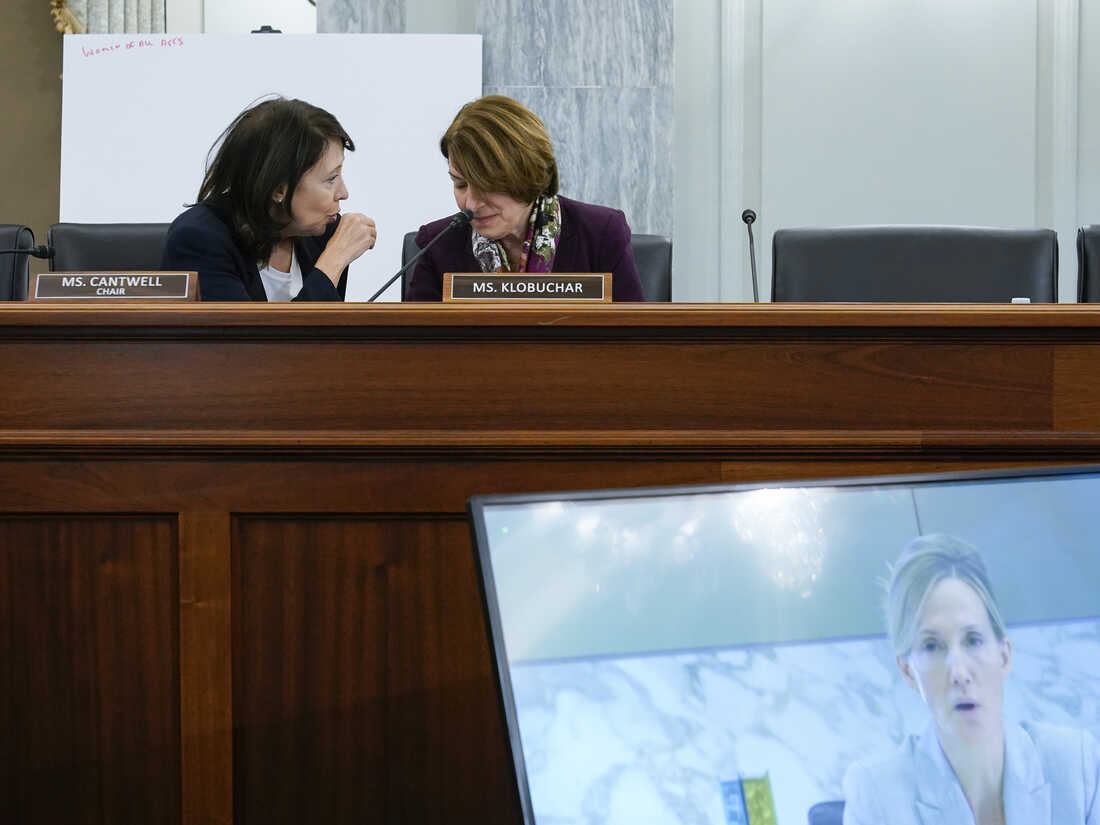 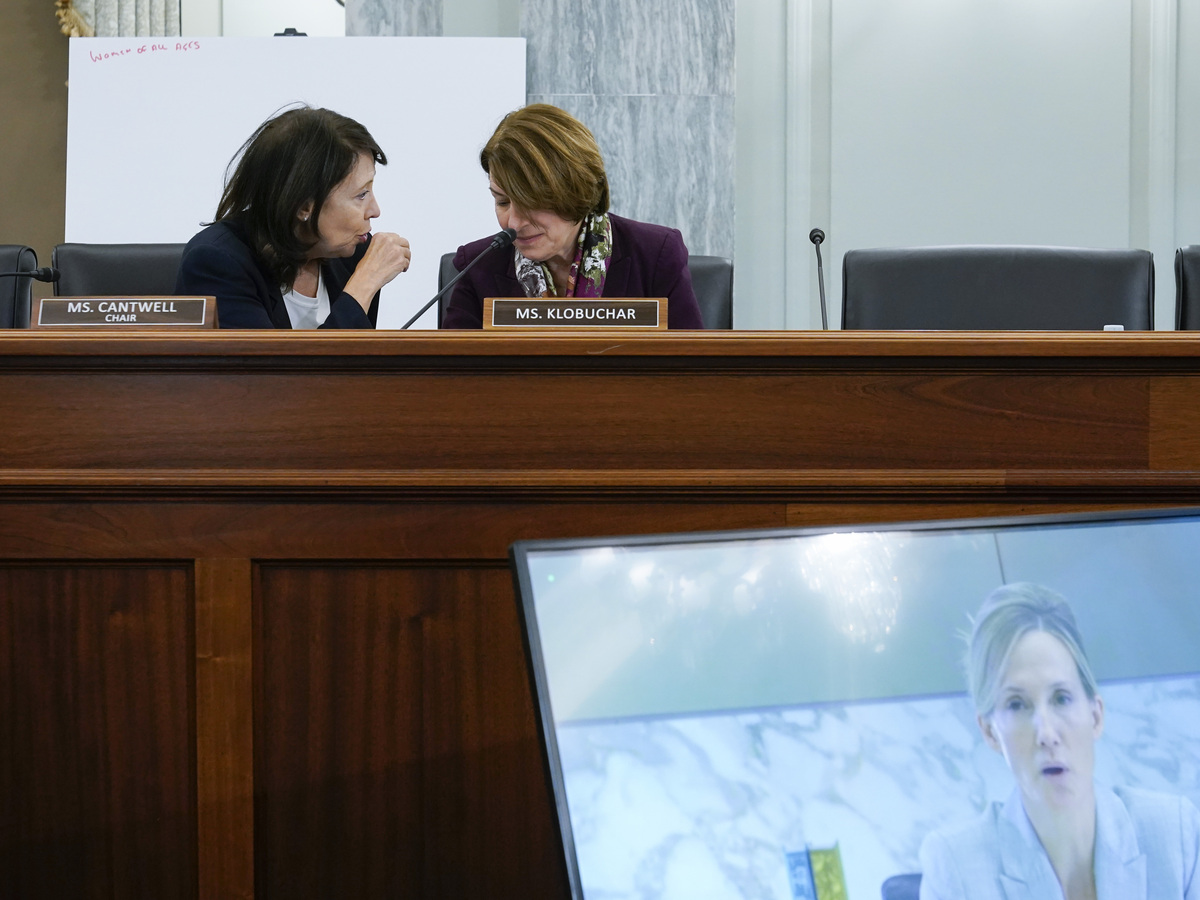 For years, Congress has been stuck in an ongoing debate over how best to regulate Big Tech — even as Facebook says its welcomes updated regulations.

In June, House lawmakers introduced sweeping antitrust reforms aimed at Amazon, Apple, Facebook and Google. The House Judiciary Committee approved the bills, but they have not been brought for a floor vote.

The scrutiny Facebook now faces could push lawmakers to act.

During a hearing last week, lawmakers examined allegations that Facebook’s own internal research showed its platforms are negatively affecting the mental health of millions of mostly teenage girls.

“This is your company’s reporting. You knew this was there. You knew it was there, but you didn’t do anything about it,” said Sen. Marsha Blackburn, R-Tenn., the subcommittee’s ranking member, referring to internal documents about the prevalence of sex trafficking on Facebook.

Facebook has said the research was taken out of context.

Facebook is facing an antitrust lawsuit from the Federal Trade Commission, which is demanding that the company sell or spin off Instagram and What’sApp.

With these latest allegations, Facebook could soon be facing heat from other regulators.

Haugen and her attorney John Tye shared that she has filed at least eight complaints with the U.S. Securities and Exchange Commission.

These complaints focus on the prevalence of hate speech on Facebook, misrepresentations about the site’s role during the Capitol insurrection, and the dangers children face on the site. 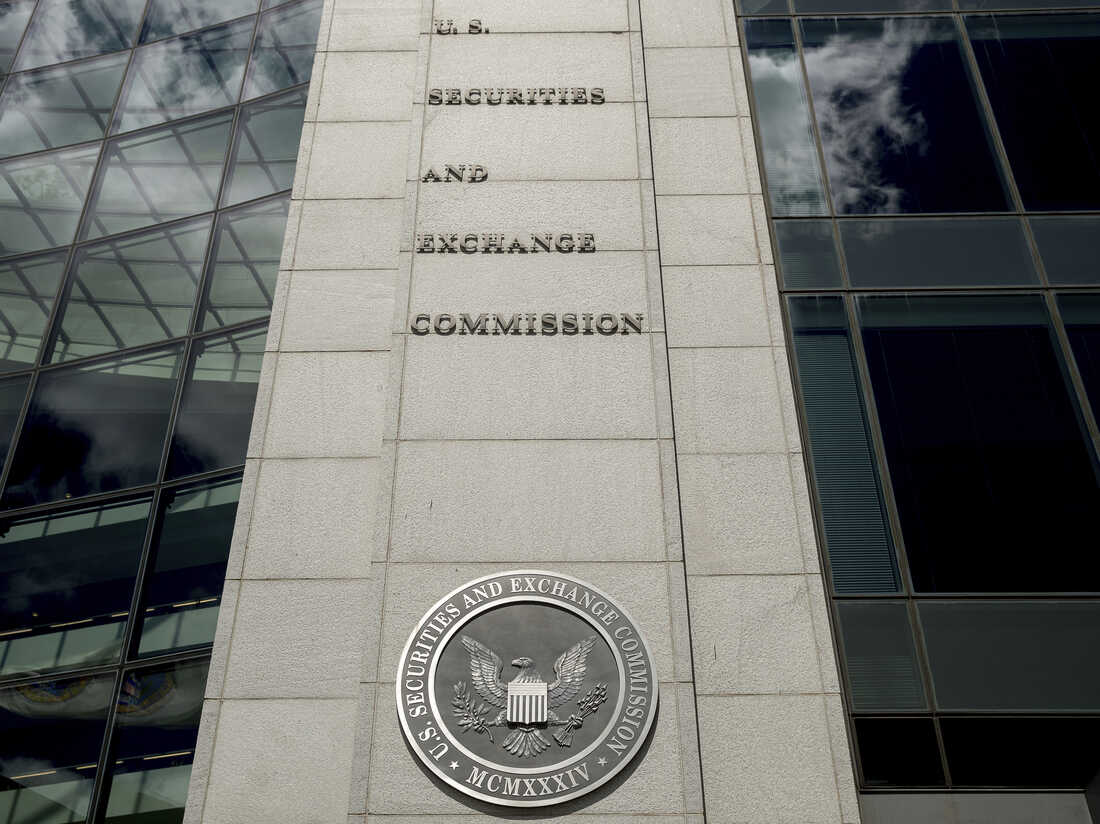 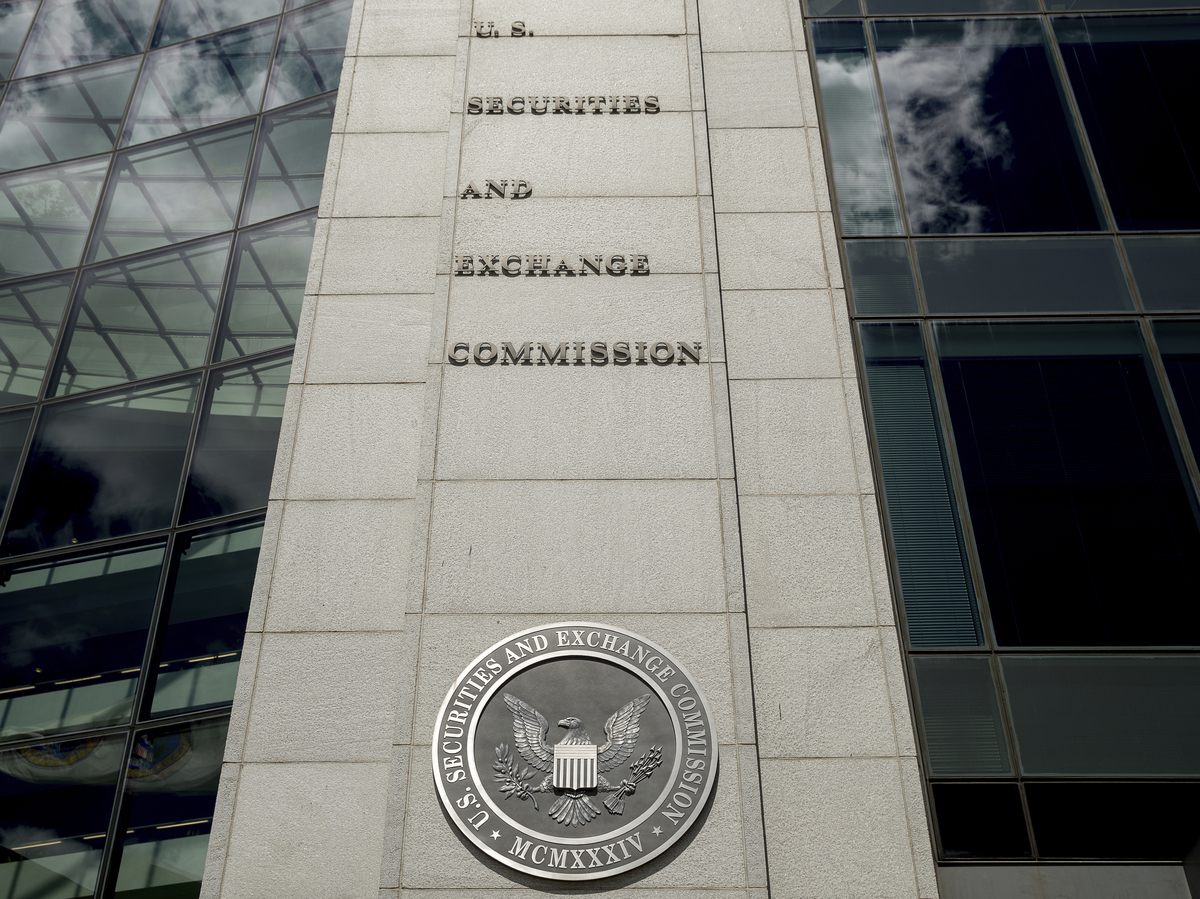 Tye, who spoke with NPR, said those allegations involve the difference between what Facebook knew about its platform and what it said publicly. He said misleading investors is a crime under U.S. securities law.

It’s unclear whether the SEC or those state attorneys general plan to address Haugen’s complaints.

NPR’s Bobby Allyn and Shannon Bond contributed to this report.