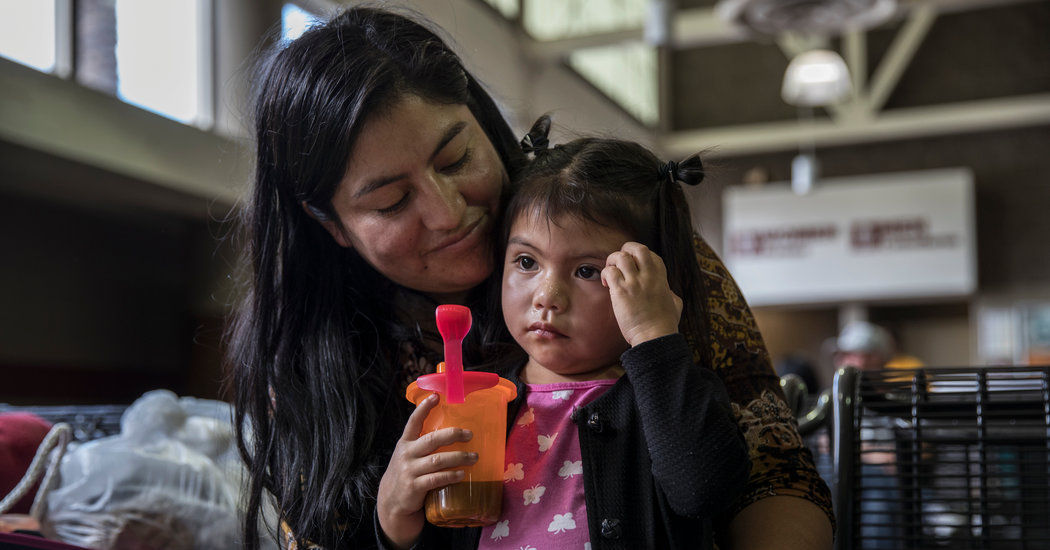 Migrant families separated at the border by the Trump administration may be eligible to each receive hundreds of thousands of dollars in compensation for the damage inflicted on them by the policy, according to several people familiar with the matter.

Some families could receive as much as $450,000 for each member who was directly affected, the sources said. However, negotiations between the Biden administration and lawyers representing the families are not over, and many might get far less, they said.

About 5,500 children were separated from parents at the southern border under President Donald J. Trump’s “zero-tolerance” policy, mainly in the spring of 2018. Most were from Central America, but the measure also affected people from Brazil, Mexico and Romania, among other countries.

“There is no question that the Biden administration is doing the right thing by providing meaningful monetary compensation, given that the U.S. government deliberately brutalized these families, including babies and toddlers,” said Lee Gelernt, the lead negotiator on behalf of the families and deputy director of the American Civil Liberties Union’s immigrant rights project.

“But ultimately,” he added, “the Biden administration will be judged on whether it provides a pathway for these families to remain in the United States, to allow them to once and for all try to put this trauma behind them.”

In one set of negotiations, the lawyers have alleged that the United States government, including the Homeland Security Department, had wronged the families by separating parents from children, and that they should be entitled to financial compensation. In parallel negotiations, the A.C.L.U. is trying to reach a settlement with the government that would provide, among other things, a pathway to remain in the United States and social services for the families.

The family separation policy was a key component of the Trump administration’s crackdown on unauthorized immigration. The goal was to create a powerful deterrent for those hoping to come to the United States — and it affected even families who may have been legally entitled to asylum due to persecution in their home countries.

The policy was first made public with a memo in April 2018. Later it surfaced that families had been separated as early as 2017 as part of a pilot program conducted near El Paso, Texas. About 1,000 of the 5,500 families have yet to be reunited because the parents were deported to their home country.

Under the policy, Border Patrol agents criminally charged parents with illegally entering the United States, imprisoned them and placed their children in government-licensed shelters around the country. Images and audio recordings of children weeping after being forcibly removed from their parents drew widespread condemnation.

In June 2018, a federal judge in California ordered the government to rescind the policy and promptly reunify families, saying that the practice “shocks the conscience” and violates the Constitution. Government officials struggled to meet a series of court-ordered deadlines to reunite families.

Reunions were marked by heartbreak and confusion: Many young children did not recognize their parents after months apart. Some cried, rejecting their parents. Children who had been potty-trained before the separation had regressed to diapers.

President Biden pledged to make it up to the families after taking office.

In February, his administration formed a task force, with representatives of the Departments of Homeland Security, Health and Human Services and State, to reunite migrant families that remained separated and determine how to make amends for the harm caused by the policy.

In recent months, a few dozen parents who were deported after separation from their children have been allowed to enter the United States, with permission to remain here for two years. The government has allowed entire families, including siblings, to come.

Only a minority of the families may be eligible for financial compensation, according to sources familiar with the talks. Many have not filed an administrative complaint to the government for fear of reprisal, and lawyers are still negotiating to secure compensation for them.

The maximum $450,000 per family member that is under discussion was first reported by The Wall Street Journal.

Following a federal court order last year, Seneca Family of Agencies, a social services provider, has been coordinating counseling for parents and children reunified in the United States.

“What we have seen is that families desperately need mental health services and are eagerly receiving them,” said Mark Rosenbaum, the lead counsel in the case, who sought the services for the families.

The scope of the services is under negotiation as part of the settlement, as is the question of whether or not additional services should be provided.

Joselaine Cordeiro of Brazil and her son, James, then 14, were among the first migrant families separated at the border in 2017. They were apart for more than nine months. She remained in immigration detention and he lived at a government-run shelter for children.

Ms. Cordeiro, 35, became the second named plaintiff in a class-action lawsuit that the A.C.L.U. brought against the family separation policy; the A.C.L.U. and its partners have accomplished much of the work of identifying relatives all over the world.

After filing an asylum claim, Ms. Cordeiro got permission to work in the U.S. She is now employed as a housekeeper in the Boston area. Her son cannot work because he lacks any legal status, and she cannot afford to pay for him to attend community college.

“If there’s some financial help, it would make a huge difference,” she said.

“This separation caused me depression that has impeded me from working consistently,” she added. “I have been trying to be strong.”