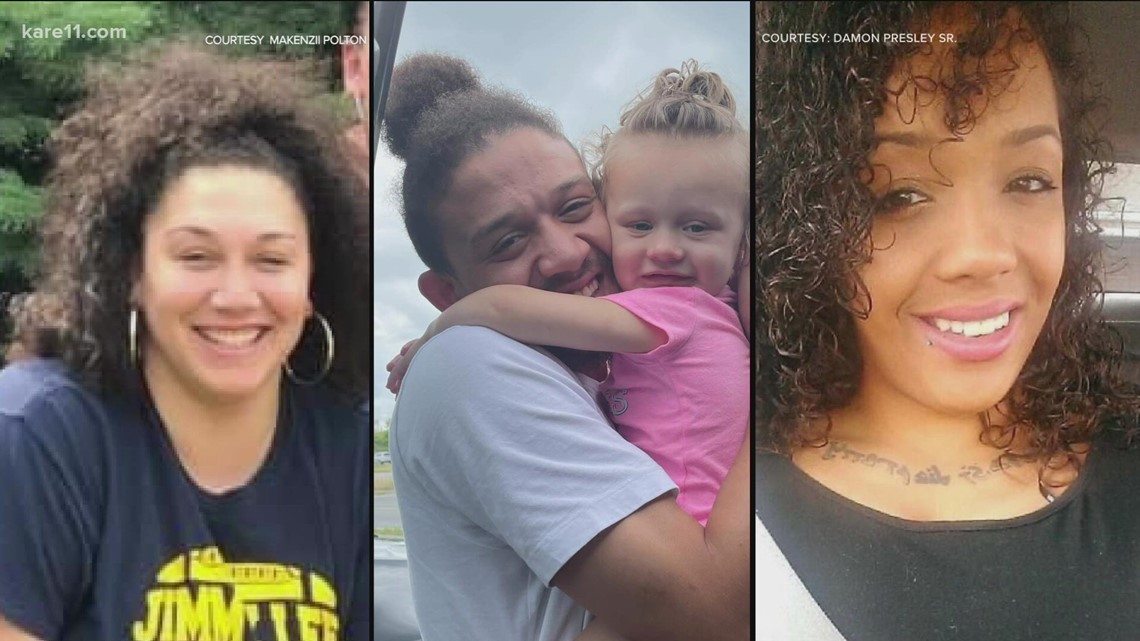 The Dunn County Sheriff’s Office says the still at-large suspect is 38-year-old Antoine Darnique Suggs. Authorities believe he could be armed and dangerous.

ST PAUL, Minn. — For the families of the four Minnesotans found shot to death and left in a car in a western Wisconsin cornfield, it was a day of mixed emotions Thursday, now that police have made one arrest.

“We’re very grateful and we’re still processing. I think everything has been happening so fast,” said Ashli Jones whose brother, 35-year-old Loyace Foreman III was one of the four killed.

Warrants issued for two suspects lead St. Paul Police to arrest a 56-year-old man in connection with the murders.

KARE 11 does not typically name suspects until they’re charged, but the Dunn County Sheriff’s Office says Suggs is still on the run and could be armed and dangerous, posing a public safety concern.

“These warrants were issued for hiding a corpse, 4 counts of hiding a corpse. That’s what we can prove right now,” said Dunn County Sheriff Kevin Bygd.

For Damone Presley, whose 30-year-old daughter Nitosha Presley was one of the four killed, news of Thursday’s arrest came as a surprise.

“I do know him,” said Presley.

In more ways than one.

“That individual is well known by our family,” said Presley.

The individual Presley is talking about is the 56-year-old man currently in custody.

“It blew me away to see this individual and who it was and the relationship that we have had that he was any way of any sort involved in what happened,” said Presley.

According to Presley, the other suspect, Antoine Suggs, was also known to the family.

Suggs and Damone’s daughter Nitosha, recently became friends and Damone says Suggs was even at a recent birthday party for one of her kids.

“He was there,” said Presley.

Never imagining he’d be wanted in connection with her death and the deaths of 3 others.

Both family members and well-known metro area peace activist KG Wilson said it’s time for the community to speak up.

“They’re going to have to turn these people in because these people, this ain’t the first time they’ve committed no crime,” said Wilson. He went on to say, “it ain’t until they mess around and do something to somebody innocent, an innocent child or somebody’s daughter, something, then they’re like oh I should have turned them in.”

The Dunn County Sheriff’s Office says they believe Suggs is still in the Twin Cities area.

If you see him officials say don’t approach him, just call police.