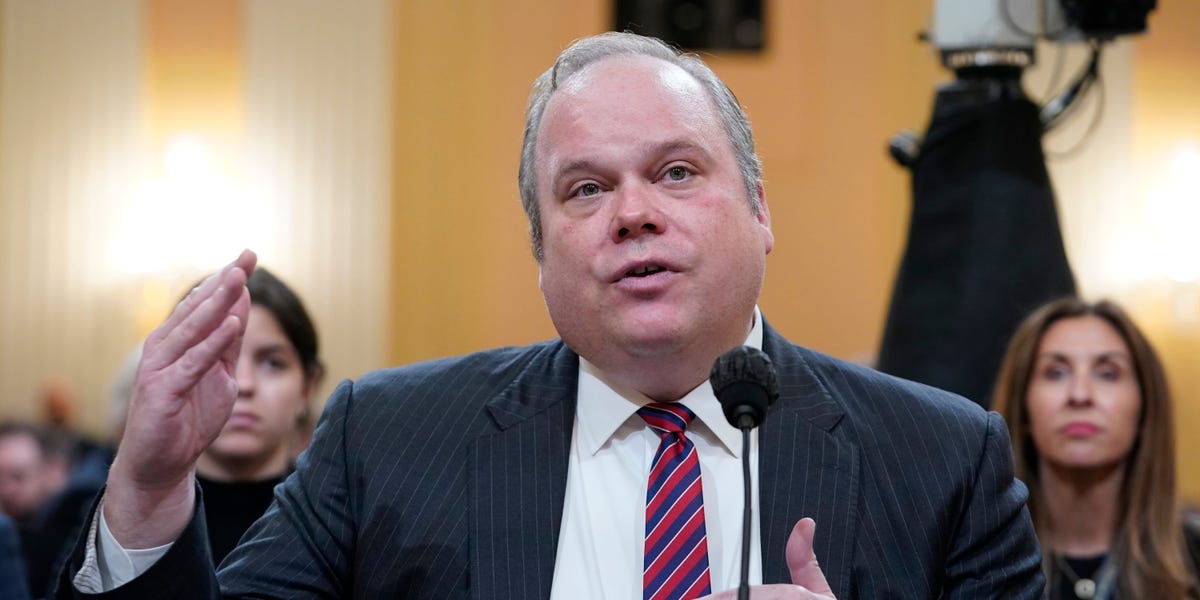 Former Fox News political editor Chris Stirewalt said he was surprised by the internal firestorm that erupted at his former workplace after Fox became the first major news network to call Arizona for President Joe Biden in the 2020 presidential election.

Stirewalt, who was fired from Fox in January 2021, testified before the January 6 committee investigating the Capitol riot on Monday, telling lawmakers that former President Donald Trump’s chance at victory was virtually zero after most networks called the election for Biden on November, 7, 2020.

Trump was reportedly enraged that Fox’s decision desk called the swing state of Arizona for Biden before most other outlets did the same, but Stirewalt said he was confident in his team’s work. Biden ultimately won the state by about 11,000 votes.

But what Stirewalt wasn’t expecting was the wave of backlash at Fox that followed the accurate projection.

Stirewalt spoke to NPR’s David Folkenflik following his Monday testimony, telling the outlet that people close to Trump were hammering Fox executives and anchors to take back their Arizona call.

“We don’t award any electoral votes. We don’t count any ballots. We’re some nerds in a room, and that’s it,” Stirewalt told NPR. “We’re telling you what’s going to happen, we’re not making anything happen.”

The ordeal left Stirewalt disillusioned about the state of network news in the US, he told the outlet.

“It showed to me how…the perceptions of events of television as entertainment, news as entertainment, and treating it like a sport had really damaged the capacity of Americans to be good citizens in a republic because they confused the TV show for the real thing,” he said.

Stirewalt said Fox News played a self-fulfilling role in their Trump-supporting viewers’ anger at the Arizona decision, lamenting the network’s opinion hosts who, for months, repeated baseless claims about Trump’s odds and the sanctity of the election.

Fox fired Stirewalt two months after the Arizona projection. The network did not publicly comment on his dismissal.

Stirewalt has previously spoken about the “murderous rage” and attacks he faced from conservative Fox viewers following the call. He told NPR on Monday that he hopes the sensationalism of 2020 is done for good.

“In 2024, are we going to look back on 2020 and say ‘that was weird, moving on?’ Or are we entering a new chapter in American history where we gradually fall apart because we can’t even agree on the results of the election?” Stirewalt said.