The first shipment of Russia’s Sputnik V COVID jab has arrived in Mexico just days after the Russian government moved to approve another experimental vaccine developed by Russian entities.

In a statement, Mexican Foreign Minister Marcelo Ebrard Casaubon said that the Russian vaccine has shown “very good results” and is “one of the best-evaluated in the world,” adding that more batches would land in the future. Kirill Dmitriev, the head of the Russian Direct Investment Fund (which financed the development of the vaccine) praised the cooperation between Russia and Mexico as “a great example of pooling efforts to jointly fight the pandemic and save lives.” 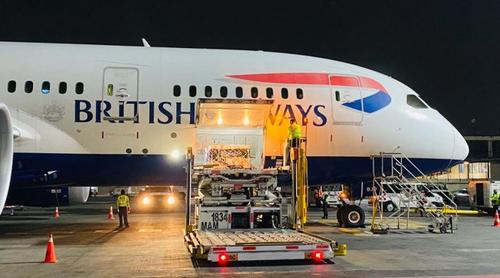 Last night, WHO head Dr. Tedros urged the developed world not to order more vaccine doses than its population will need, as it might divert supplies away from poorer nations who need the vaccines.

Mexico has greatly lagged the US and Europe in terms of its vaccination rollout.

The Russian jab was approved for emergency use in Mexico back on Feb. 3. Mexico is one of some 30 countries, including Argentina and Brazil, that have moved to embrace the Russian vaccine. And why not? The Russian jab is cheaper than western-developed shots, and even the Lancet acknowledged that the Gamaleya-developed jab is more than 90% effective at preventing viral symptoms.