The day may have finally come for “Super Mario” to take the reins in his chaotic home-country of Italy and lead it back to the path of capitalism-driven prosperity before its banking system collapses (surely we jest).

But what will the “whatever it takes” central banker ethos mean with Draghi now responsible for one of the most fiscally-frayed major powers in Europe? 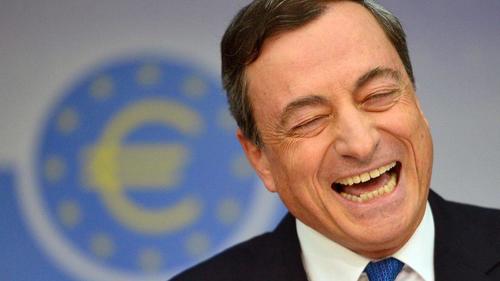 After a series of earlier votes, Giuseppe Conte, who was brought in as an apolitical compromise PM just a couple of years ago by a tenuous coalition of the Five Star movement and The League, Italy’s popular right-wing anti-migrant party. The League’s leader, Matteo Salvini, was ousted in the summer of 2019 after attempting to force another election in which The League would (at least in theory) walk away with enough votes for Salvini to expel his pesky coalition partners.

But that’s not how it went.

Instead, Conte managed to cobble together a coalition involving both 5-Star and the opposition Democrats (violating Five Star’s “anti-establishment” pitch) and he managed to emerge at the head of a new government, while Salvini was cast back into the opposition.

Salvini has been hard at work since then to win the prize he holds most dear: someday leading Italy as PM. But Conte has seemingly run out of luck as notoriously ungovernable Italy votes out another government.

President Sergio Mattarella, who serves a kind of caretaker role in Italy’s political system, pushed back at the prospect of going to another election, as he urged Italy’s lawmakers to continue talks to form a new caretaker coalition.

And in the latest sign that we now live in bizarro world, having joked just minutes before that…

*MATTARELLA: MUST REFLECT IF OPPORTUNE TO GO TO ELECTIONS

just ask the ECB who the next PM should be

…President Mattarella has asked Draghi to immediately take the reins – according to the FT, which got the scoop – and try to form a government of national unity, which will only be accepted if the legislature supports it. Already, members of the Five Star Movement are saying they won’t back such an ‘establishment’ candidate.

The upshot: Whether the former ECB leader actually succeeds in forming a government of national unity is far from clear.

Mattarella already told the country in a televised speech Tuesday night that going to an election would be the worst possible decision with the urgent need of the government to approve COVID relief.

“I have the duty to emphasize, as the long period of electoral campaign, and the resulting reduction of government activity, would coincide with a crucial moment for the fate of Italy,” Mattarella said.

Mattarella and Draghi are expected to meet in person at noontime Wednesday in Rome.

Should Draghi’s candidacy succeed, he would notably follow the ascension of Janet Yellen, former Fed chief, to the head of the US Treasury. That Draghi’s name is in the running is hardly a surprise, the central banker ended his eight years as the helm of the ECB in 2019, and has since been repeatedly cited as a potential caretaker leader many times.

So now we have the circle complete as technocratic central bankers seize gratefully accept control from democratically elected governments (pulling back the curtain of how the western system has really worked for years).

Analysts widely expect European investors to embrace the news, since Draghi is pretty much the definition of a “known quantity”. The euro is already rallying on the news. 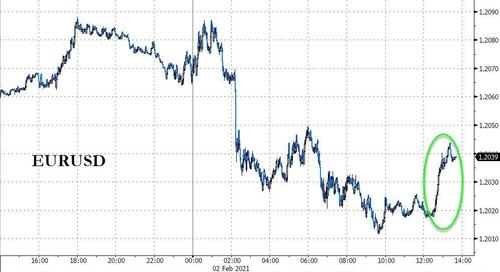 Perhaps the biggest surprise here isn’t that Conte’s political career is already over after such a short run; it’s that, in the end, Matteo Renzi, former Italian premier and leader of a new center-left group, was the one to stick the knife in, not Conte’s former rival, Matteo Salvini.