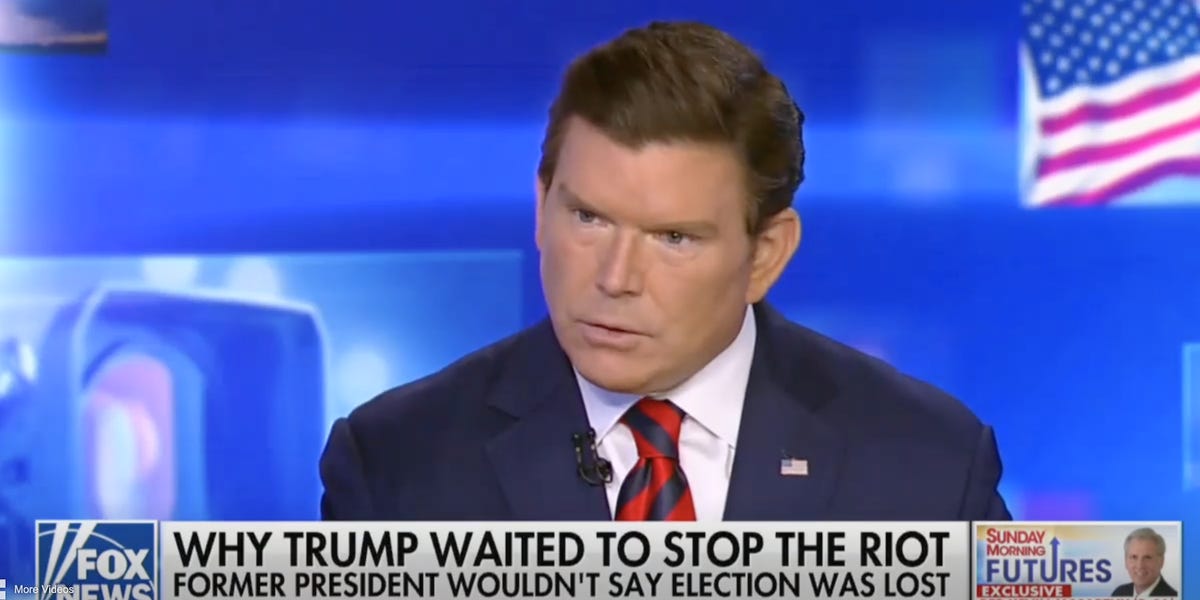 Baier, the network’s Chief Political Anchor, spoke on “Media Buzz” in reaction to Thursday’s session, which centered around 187 minutes of the Capitol riot, and Trump’s actions and communications in that time — including remaining completely silent as the violence unfolded.

Baier, who has long been a critic of Trump, said: “Laying out all these 187 minutes makes him look horrific, it really does.” The contrast between Trump’s inaction and former Vice President Mike Pence’s attempts to coordinate the administration, Baier said, was “very telling.”

“To hear it and see it in that chronological order can be very powerful,” he said.

“All of these people who have been testifying at one point or another wanted Trump to win,” Baier said. “They served under his leadership. They wanted him to be a success.”

Whether it changes the view of Republican voters is another matter, Baier said.

“The charges are that it’s just not balanced,” he said, in reference to the ongoing criticism that the hearings are one-sided. (A congressional committee hearing is supposed to publicize already-established findings, and Republican leaders boycotted involvement in the committee.)

Baier also called for more information on exactly what Trump said about mobilizing the National Guard in advance of the riot. If Trump had taken such action, Baier said, “it kind squelches or downplays the thought that he wanted this insurrection.”

The Washington Post, with access to some of those conversations, reported that Trump never ordered the troops.

Baier’s criticisms of Trump on the Rupert Murdoch-owned network are not unexpected, despite Fox’s strongly conservative leanings.

But they by no means reflect the network’s mainstream view. Fox’s most-watched opinion host, Tucker Carlson invited former Trump strategist Steve Bannon onto his show on Friday just hours after Bannon had been found guilty of contempt of Congress for not appearing in the hearings.

“Trump failed,” said the Journal’s editorial board on Friday.

“Trump’s silence on January 6 is damning,” said The New York Post’s editorial board.

Two instances of clear condemnation from outlets which had been reluctant in the past were seen by some commentators as a sign that Murdoch was shifting further against Trump.