Authored by Stacey Lennox via PJMedia.com,

When the French think you’ve gone too far with your wokeism, you might want to back up a bit. According to the New York Times, French politicians, high profile intellectuals, and journalists warn that ideas from the U.S. about race, gender, and post-colonialism are an existential threat to their country. 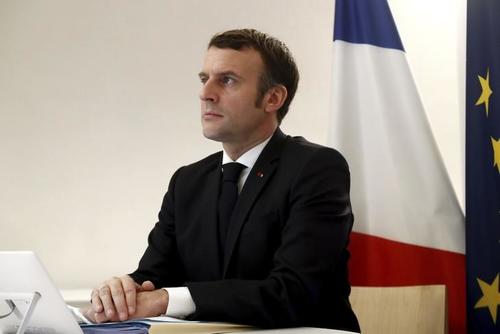 French President Emmanuel Macron felt the sting of social justice criticism last year following terrorist attacks that targeted France’s religious past and secular present. A Chechen refugee beheaded a schoolteacher for sharing the cartoons drawn by artists at Charlie Hebdo that were caricatures of the prophet Mohammed. He opened a class on free speech to celebrate France’s tradition of free expression and Enlightenment values. The same cartoons that triggered a massacre at Charlie Hebdo cost Samuel Paty his life.

This was one of three terrorist attacks during the trial in Paris for the Charlie Hebdo perpetrators. Two people were injured by a Pakistani refugee outside the offices of Charlie Hebdo. Three people were killed when a Tunisian man carrying a copy of the Quran entered a church in Nice with a knife. Macron responded with measures to eliminate Islamism. According to the New York Times:

In a long-awaited speech on the subject, Mr. Macron said that the influence of Islamism must be eradicated from public institutions even as he acknowledged government failures in allowing it to spread.

The measures include placing stringent limits on home-schooling and increasing scrutiny of religious schools, making associations that solicit public funds sign a “charter” on secularism. While these measures would apply to any group, they are intended to counter extremists in the Muslim community.

Under the measures, the widespread practice of bringing over foreign imams to work in France, where they are often accused of preaching an outdated or extreme version of Islam, would be ended.

Macron made distinctions between Muslims and Islamism as many other commentators, including Bill Maher and Ayaan Hirsi Ali, do in other parts of the world. He was roasted by the New York Times for a right-ward tilt and Islamophobia. Macron’s response to the criticism was to pick up the phone and call the reporters at the paper.

“When France was attacked five years ago, every nation in the world supported us,” Macron said, referring to the series of terrorist attacks across Paris in November 2015 in which 130 people were killed.

So when I see, in that context, several newspapers which I believe are from countries that share our values – journalists who write in a country that is the heir to the Enlightenment and the French Revolution – when I see them legitimising this violence, and saying that the heart of the problem is that France is racist and Islamophobic, then I say the founding principles have been lost.”

Macron actually encountered the radical Left’s inability to hold two ideas in their heads at once. Maher and Hirsi Ali have faced similar accusations. The ability to be tolerant of the Muslim religion and Muslims and yet also critical of or concerned about Islamist fundamentalism is beyond the Times‘ staff.

French culture has always taken the core values and of equality and liberty very seriously. The French government does not keep race-based statistics and rejects the concepts of diversity and multiculturalism. There is an expectation that immigrants will assimilate to these values and adopt a secular view that separates religion and the state. Then the George Floyd riots were exported to Europe, including France, and ideas common on the college campuses in the United States started to bubble up.

Specifically, France rejects the concept of Islamophobia. Macron’s education minister accused universities under American influence of using the concept as an intellectual justification for terrorist acts. A group of 100 prominent scholars supported this assessment in an open letter:

A signatory, Gilles Kepel, an expert on Islam, said that American influence had led to “a sort of prohibition in universities to think about the phenomenon of political Islam in the name of a leftist ideology that considers it the religion of the underprivileged.’’

Along with Islamophobia, it was through the “totally artificial importation’’ in France of the “American-style Black question” that some were trying to draw a false picture of a France guilty of “systemic racism’’ and “white privilege,’’ said Pierre-André Taguieff, a historian and a leading critic of the American influence.

Mr. Taguieff said in an email that researchers of race, Islamophobia and post-colonialism were motivated by a “hatred of the West, as a white civilization.’’

“The common agenda of these enemies of European civilization can be summed up in three words: decolonize, demasculate, de-Europeanize,’’ Mr. Taguieff said. “Straight white male — that’s the culprit to condemn and the enemy to eliminate.”

Who would believe that the French leaders would be greater defenders of Western civilization than leaders in America? They are committed to equality under the law while we keep hearing about equity. They value liberty and common culture born of rich Judeo-Christian history while our leaders allow spoiled children to tear ours down and rewrite our history. President Biden was fond of saying how much world leaders dismissed President Trump. One has to wonder how Macron will view Biden after his capitulation to the social justice warriors in his own party. One might call it an emasculation of the straight white male who purports to be the leader of the free world.