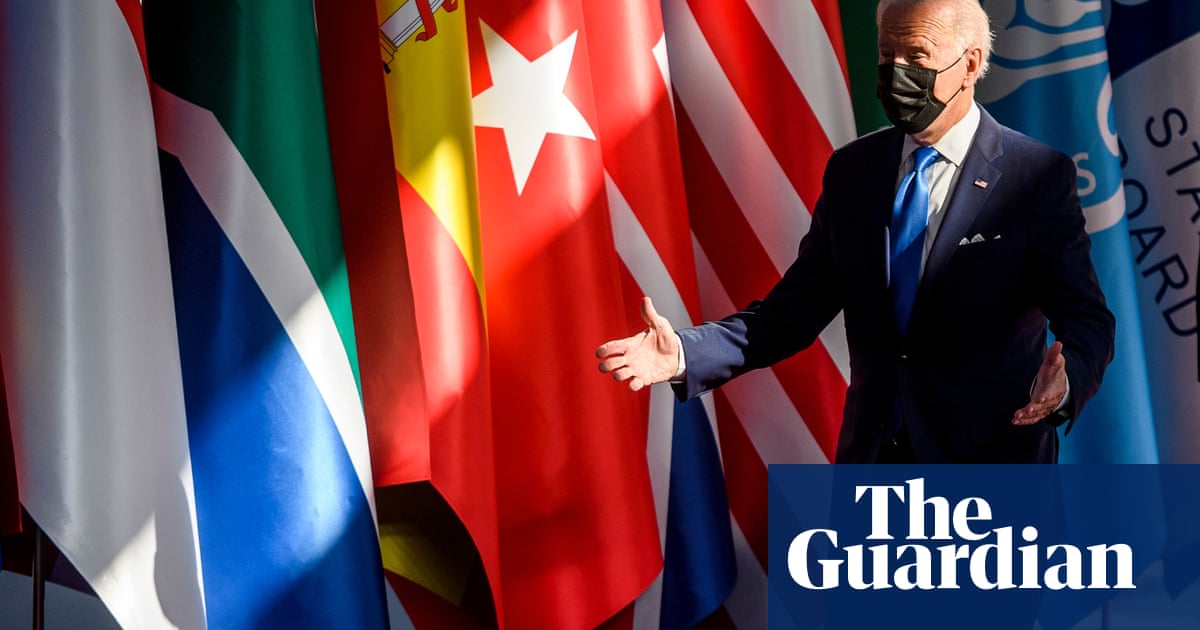 Leaders of the world’s 20 biggest economies will endorse a US proposal for a global minimum corporate tax of 15%, draft conclusions of the two-day G20 summit in Rome showed on Saturday.

“This is more than just a tax deal, it’s a reshaping of the rules of the global economy,” a senior US official told reporters.

The agreement, drawn from proposals drawn up by the Organisation for Economic Co-operation and Development (OECD), is designed to safeguard tax revenues and offer stability to businesses that operate across national borders.

The Biden administration had sought a 21% corporate tax rate floor but a 15% rate still represents a win for the US heading into next week’s COP26 climate conference in Glasgow. Biden’s domestic plans to cut carbon emissions are mired in Washington gridlock.

The tax pact is expected to be formally announced on Sunday.

It sets a minimum rate of 15% on the profits of large businesses, which will raise additional revenue for most governments and shift the tax burden to where companies sell to consumers, not where they are based. International corporations will have less scope to deploy tax avoidance schemes.

Some nations are expected to benefit more than others. According to Wall Street Journal, for the US additional revenues from a minimum corporate tax will be 15 times those of China. A separate report cited by the Journal estimates that the total boost to 52 developing countries could be about $1.5bn to $2bn a year, far less than wealthier nations.

Earlier this month, Biden described the proposals as “unprecedented”.

The “race to the bottom” on corporate tax rates, he said, “hasn’t just harmed American workers, it’s put many of our allies at a competitive disadvantage as well”.

A deal, Biden said, would “eliminate incentives to shift jobs and profits abroad, and ensure that multinational corporations pay their fair share here at home. This international agreement is proof that the rest of the world agrees that corporations can and should do more to ensure that we build back better.”

Pascal Saint-Amans, a senior tax official at the OECD, told the Journal the “pushback against globalisation that we’ve seen everywhere should also have been a pushback against tax multilateralism. But if you want to protect your sovereignty, what you need is tax cooperation.”

The proposals will still need to be ratified by participating countries. In the US, given the route treaties must take, that could require two-thirds approval in a Senate split 50-50 and rarely home to bipartisan cooperation.