Garland: ‘Justice without fear or favor’ will guide decision on charging Trump – The Guardian US 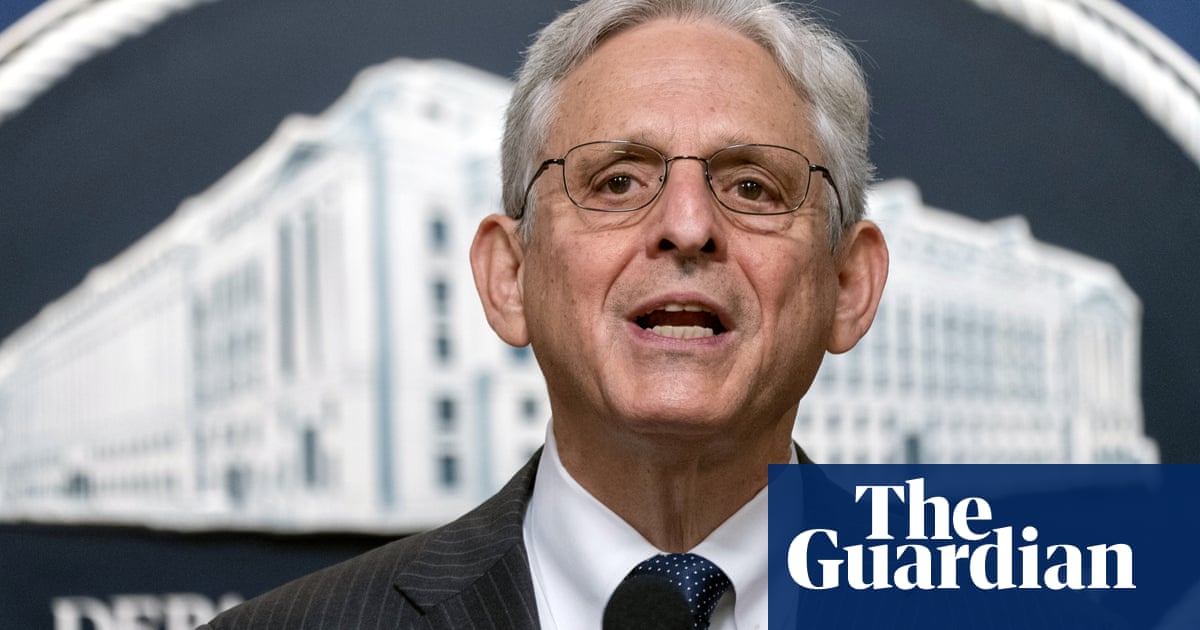 The US attorney general, Merrick Garland, said he would “pursue justice without fear or favor” when it comes to weighing political sensitivities around his decision on whether to charge Donald Trump with crimes related to the Capitol attack and his attempt to overturn the 2020 election.

The attorney general’s comments came in an NBC interview on Tuesday. .

The Department of Justice, which is conducting a criminal investigation into the events surrounding and preceding the January 6 insurrection, may be honing in on Trump’s role. On Tuesday, the Washington Post reported – according to sources who spoke on condition of anonymity – that investigators have specifically questioned witnesses about Trump’s involvement in schemes to overturn the vote, and received the phone records of Trump officials and aides, including former chief of staff, Mark Meadows.

The House January 6 committee could make a criminal referral. Whether it should, or will, and whether it has presented sufficient evidence to do so, is a matter of extensive debate around the US and on the committee itself.

Members including Adam Kinzinger of Illinois and Elaine Luria of Virginia, who co-presented last week’s final hearing in a run of eight, have suggested a referral is possible and desirable. Liz Cheney of Wyoming, the vice-chair, and Bennie Thompson of Mississippi, the chair, have been more circumspect.

NBC released a clip from the interview earlier on Tuesday as Trump was speaking in Washington, a highly contentious return to the city in which he incited a mob attack on Congress which has been linked to nine deaths, including suicides among law enforcement officers.

Holt said: “You said in no uncertain terms the other day that no one is above the law. That said, the indictment of a former president, of perhaps a candidate for president, would arguably tear the country apart. Is that your concern as you make your decision down the road here? Do you have to think about things like that?”

Garland said: “We pursue justice without fear or favor. We intend to hold everyone, anyone who was criminally responsible for events surrounding January 6, or any attempt to interfere with the lawful transfer of power from one administration to another, accountable. That’s what we do. We don’t pay any attention to other issues with respect to that.”

Trump has suggested he will soon announce a new run for president. He hinted at such a move again in his speech on Tuesday.

Holt said: “So if Donald Trump were to become a candidate for president again, that would not change your schedule or how you move forward or don’t move forward?”

Garland said: “I’ll say again, that we will hold accountable anyone who was criminally responsible for attempting to interfere with the transfer legitimate lawful transfer of power from one administration to the next.”

Holt also asked if the DoJ would welcome a criminal referral from the House January 6 committee.

The panel has made referrals for Trump aides. Steve Bannon was convicted of criminal contempt of Congress and faces jail time. Peter Navarro has been charged. Dan Scavino and Mark Meadows were referred, the DoJ then deciding not to act.

Garland told NBC: “So I think that’s totally up to the committee.

“We will have the evidence that the committee has presented and whatever evidence it gives us. I don’t think that the nature of how they style, the manner in which information is provided, is of particular significance from any legal point of view.

“That’s not to downgrade it or disparage it. It’s just that that’s not … the issue here. We have our own investigation, pursuing through the principles of prosecution.”