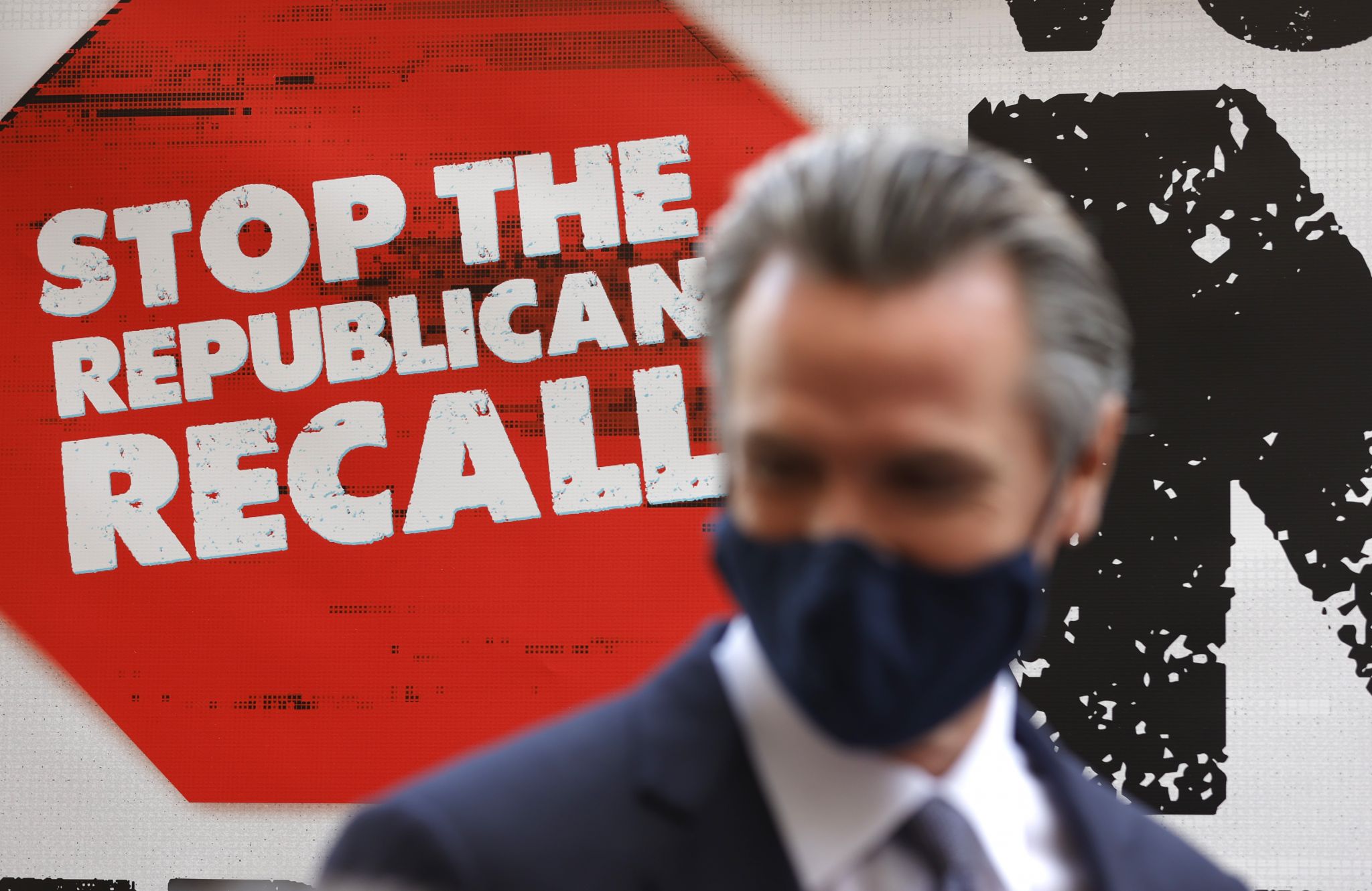 A SurveyUSA/San Diego Union-Tribune poll found Newsom beating back the recall by eight percentage points, and a Public Policy Institute of California (PPIC) poll released Wednesday night shows the governor leading by an even bigger margin.

The new poll, conducted among 1,706 Californians between Aug. 20 to Aug. 29, shows that 58% of likely voters plan to vote “no” on the first question (Shall Gavin Newsom be recalled?) while just 39% plan to vote “yes.” Newsom, armed with an eight-to-one fundraising advantage, has dramatically increased voter outreach and engagement efforts over the course of the final month.

It’s Newsom’s most favorable poll in a while, as most polling from August showed a close race within five percentage points. If there’s a silver lining for recall proponents, it’s that the poll finds that an enthusiasm gap still exists between Democrats and Republicans, as 63% of those voting to remove Newsom said they were “more enthusiastic” than usual about voting, compared to just 37% of “no” voters who said the same.

Like other polls, the new PPIC poll found that conservative radio host Larry Elder is dominating the field on the recall ballot’s second question (Which candidate should replace Newsom if he is recalled?), drawing 26% support. Former San Diego Mayor Kevin Faulconer came in second place at a distant 5% support, and 49% of respondents said they would either leave the second question blank or were undecided.

You can check out the full results of the poll here.