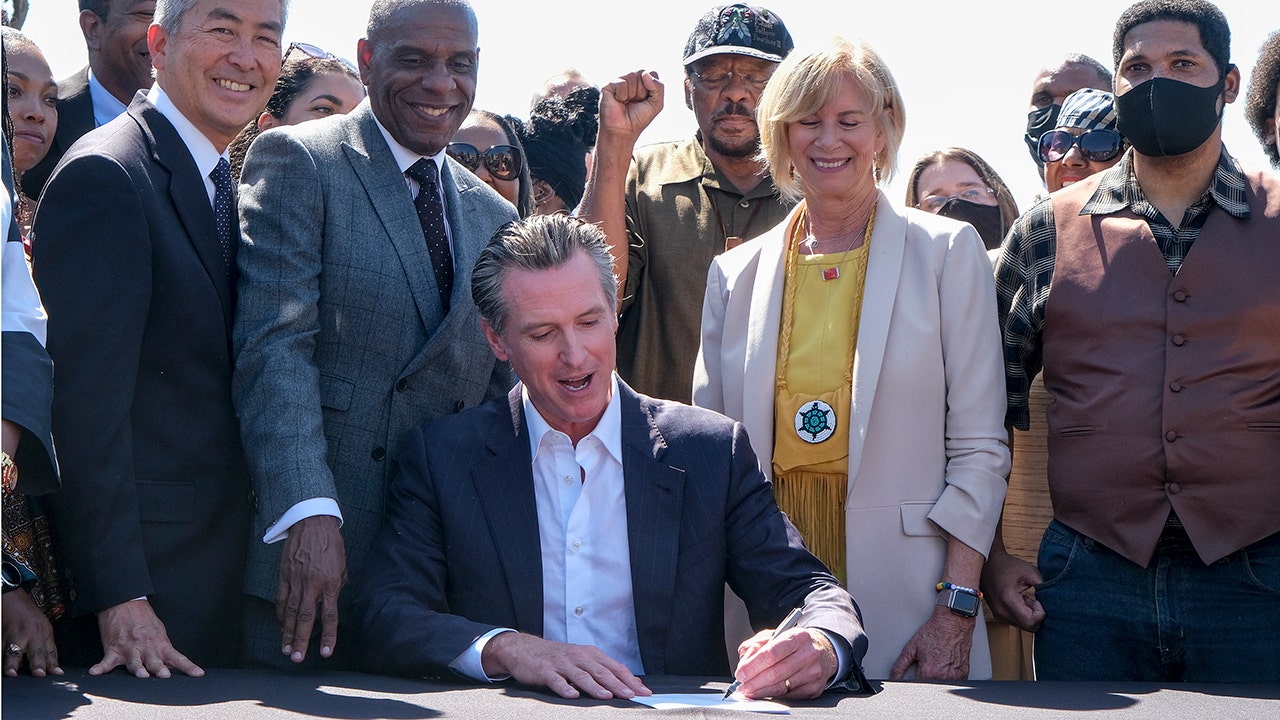 California Gov. Gavin Newsom signed a landmark bill on Thursday that will allow Los Angeles County to return beachfront land seized from two former Black owners in the 1920s to their descendants.

The new law is considered a win for reparations advocates.

“As governor of California, let me do what apparently Manhattan Beach is unwilling to do, and I want to apologize to the Bruce family for the injustice that was done to them a century ago,” the governor said on the land in Manhattan Beach, according to The Associated Press. “I say that as a proud Californian, but also mindful that we always haven’t had a proud past.”

Newsom said the move could be “catalytic,” allowing land to be returned to others who lost it through racism.

Willa and Charles Bruce’s great-great-grandson and other descendants joined Newsom at the signing.

“There are other families waiting for this very day, to have their land returned to them,” cousin Patricia Bruce told the AP.

County Supervisor Janice Hahn, who led a government push to transfer the land, said the heirs would almost certainly be millionaires now if the property had not been taken.

“The law was used to steal this property 100 years ago, and the law today will give it back,” Hahn said.

Willa and Charles Bruce bought the two parcels of land in Los Angeles County’s Manhattan Beach in 1912 and ran a resort that catered to Black people.

The Bruces and other Black families faced harassment from racist White neighbors and in 1924 the city condemned the Black-owned lots and seized them through eminent domain, claiming the need for a public park – now Bruce’s Beach Park – but it was left vacant for years.

The couple sued for racial discrimination and eventually received $14,500 but never got their land back, according to The Los Angeles Times.

In 1948, Manhattan Beach gave the Bruces’ land to the state and in 1995, the state gave it to Los Angeles County, which was not legally allowed to give it back to the Bruces. The new law changes that.

The proposal was unanimously approved by state lawmakers earlier this month.

The effort to return the land started last summer during the anti-racism protest movement and after a petition demanding reparations at the beach circulated, the Los Angeles Daily News reported.

The bill “represents economic and historic justice,” state Sen. Steven Bradford told the Daily News earlier this month, “and is a model of what reparations can truly look like.”

The county, meanwhile, has outlined steps needed to move forward with the transfer, including assessing the value of the parcels and trying to find a means to lessen the tax burden on the heirs.

The county also needs to vet the legal heirs of the Bruces and possibly find a new site for the lifeguard training headquarters. One option would have the heirs lease the land back to the county for continued use.