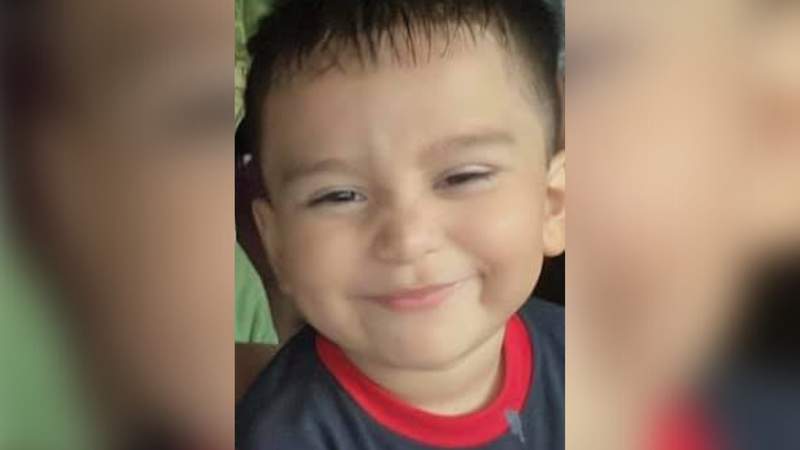 Around 1:30 pm on Wednesday, Christopher disappeared near his home in 10000 block of Deer Park Lane in Grimes County. The child’s family told deputies Christopher went missing moments after returning home with his mother and grandmother — the trio had been out running errands. As the women were unloading the car, the boy, who was wearing a bright green shirt and Mickey Mouse shoes, chased a neighbor’s puppy out of sight of the adults. When the dog returned and Christopher did not, the family and their neighbors began searching for him. After about 20 minutes with no luck, the family contacted the Grimes County Sheriff’s Office for assistance.

Deputies, assisted by multiple K-9 units, responded and conducted a ground search through the evening and into the night. Several additional agencies (including the Texas Parks and Wildlife Department and the Federal Bureau of Investigation) and over a hundred volunteers soon joined the search. The large group canvassed the area multiple times over the proceeding days. Drones and helicopters were used to survey the wooded area from above. Deputies drained several ponds. Despite their efforts, Christopher remained missing — until Saturday morning, when a Good Samaritan named Tim found the boy near FM 1486, north of State Highway 249.

“Last night I was in a Bible study that we have every other Friday and there were a number of people talking about this little boys that’s been lost and it was news to me,” Tim said. “This is the first I’d heard of it. I’m not paying attention to news or anything, and, I was prompted then by the Spirit to say ‘you will go look for that boy. You will search the woods.’”

“So, I got up this morning, did my bible study, devotional time, prayer time, like I try to do everyday and my wife came in and said ‘what are you going to do today?’ And I said ‘I’m going to go out in the woods and see if I can find that boy.’ And, and I did.”

Tim said he left his home around 9:45 a.m. and found the boy about two hours later at around 11:30 a.m. He said he found the child near a pipeline.

“He was probably about 10 yards into the woods,” Tim said. “I was walking up a pipeline and I heard a noise. But it sounded like it maybe could be an animal in distress. Sometimes deer will do that — They’ll kind of make noises like you think it’s maybe a human. So I’m walking a little bit further and I’m really listening hard. I’m wanting to hear a child, right? And so then I hear what sounds like a human child in distress. But I couldn’t understand the words. As it turns out, he only speaks Spanish and I couldn’t understand what he might’ve been saying. Every time I heard him I yelled out ‘Hello, hello!’ but I didn’t get a response.”

As soon as Tim heard the noise again, he called authorities and told them the child might be there.

“They came out and I told them where to go looking and they started looking and I heard the noise up the pipeline, a little further off to the right and they were doing their thing. They were yelling for Christopher and now I know his name.”

“So as I’m walking back down the pipeline to come back home and I hear the noise and I thought ‘that’s odd,’” Tim said.

That’s when Tim began calling out for Christopher.

“This time, I got a response,” Tim said. “Prior to that I never got a response when I yelled out. But I called his name and he responded and he kept talking and talking and I just went through the thick of the woods and I found him.”

Tim found the boy in a grassy area.

“There have been a lot of people out in this community praying for this little boy. Many had given up hope and the story is don’t give up hope and God’s still in the miracle business,” Tim said. “He’s still answering prayer.”

View all KPRC 2′s coverage of the search for Christopher here.