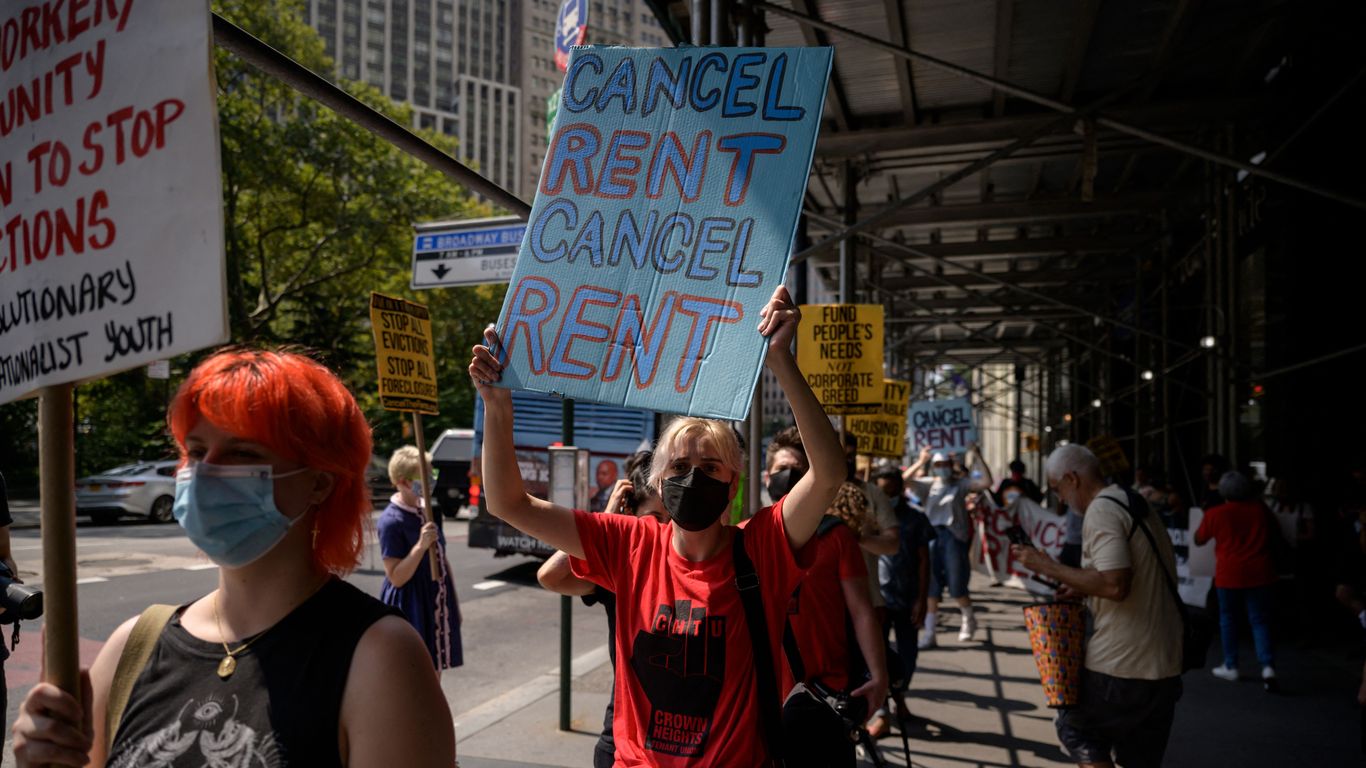 A new report from Goldman Sachs released Sunday estimates that about 750,000 households could face eviction later this year unless Congress acts or rental assistance funds are more quickly distributed.

Why it matters: The Supreme Court blocked President Biden’s eviction moratorium last week, dealing a major blow to the administration’s hopes of preventing vulnerable Americans from losing housing during the pandemic.

The big picture: Roughly 2.5 million to 3.5 million American households are behind on their rent, according to the Goldman report. They owe landlords between $12 billion and $17 billion.

What to watch: According to the report, evictions are likely to be “particularly pronounced in the cities hardest hit” by COVID-19 because they have stronger apartment rental markets.

Our thought bubble, via Axios’ Felix Salmon: Evictions nationwide remain low compared to pre-pandemic levels of about 1 million per year. Federal Emergency Rental Assistance funding, in theory, could prevent a late-2021 spike in evictions, but it’s being distributed very slowly by the states. In practice, it’s likely to arrive too late for hundreds of thousands of households.

Editor’s note: This story has been updated with Psaki’s comment.