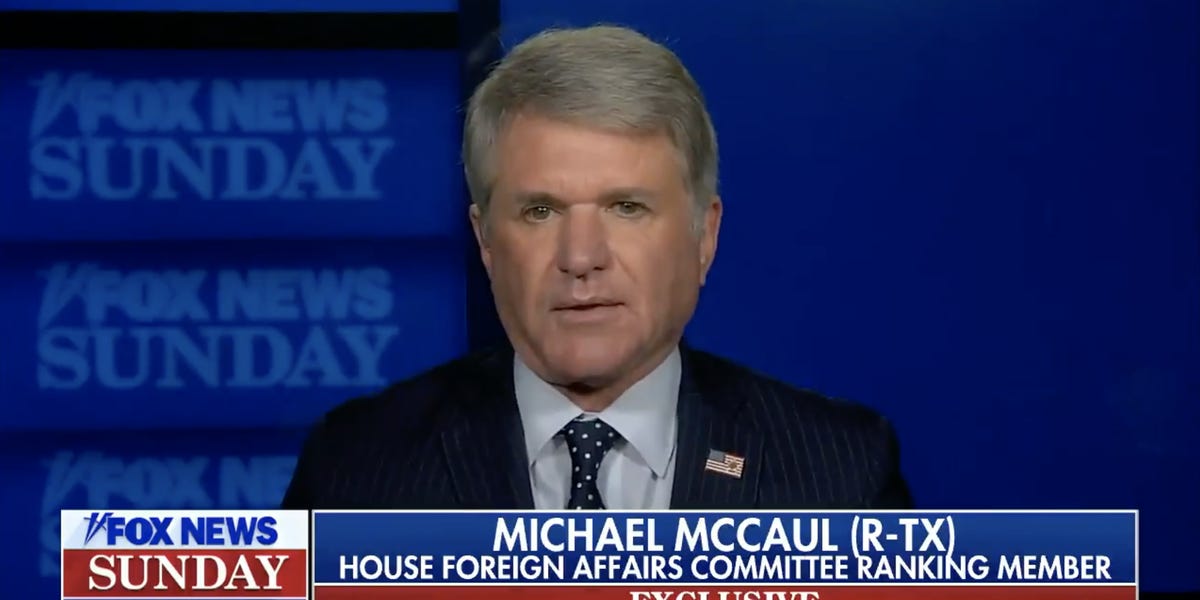 Six airplanes are stuck at the Mazar-i-Sharif International Airport in northern Afghanistan with Americans on board, unable to take off because they had not received clearance from the Taliban, Rep. Michael McCaul said on Sunday.

McCaul, a Republican from Texas, made the comments during an appearance on “Fox News Sunday” and said Afghan interpreters were also on the planes.

“In fact we have six airplanes at Mazar-i-Sharif airport, six airplanes, with American citizens on them as I speak, also with these interpreters, and the Taliban is holding them hostage for demands right now,” McCaul, the top Republican on the House Foreign Affairs Committee, told Fox News’ Chris Wallace.

“State has cleared these flights and the Taliban will not let them leave the airport,” he added.

Representatives for the White House did not immediately return Insider’s request for clarification on McCaul’s claim Sunday.

“We understand the concern that many people are feeling as they try to facilitate further charter and other passage out of Afghanistan. However, we do not have personnel on the ground, we do not have air assets in the country, we do not control the airspace – whether over Afghanistan or elsewhere in the region,” a spokesperson for the US State Department told Insider.

The spokesperson said the department did not have “reliable means to confirm the basic details of charter flights,” including who was chartering them, how many US citizens or other “priority groups” were on board, and when or where these flights were going to land.

“We will hold the Taliban to its pledge to let people freely depart Afghanistan,” the spokesperson added. “As with all Taliban commitments, we are focused on deeds not words, but we remind the Taliban that the entire international community is focused on whether they live up to their commitments.”

“They are not clearing the airplanes to depart,” McCaul said. “They’ve sat at the airport for the last couple days — these planes — and they’re not allowed to leave.

“We know the reason why is because the Taliban want something in exchange,” he added. “This is really, Chris, turning into a hostage situation where they’re not going to allow American citizens to leave until they get full recognition from the United States of America.”

The US military completed its two-decade mission in Afghanistan last Tuesday, though anywhere between 100 and 200 Americans remain in Afghanistan, US Secretary of State Anthony Blinken said.

“Our commitment to them and to all Americans in Afghanistan – and everywhere in the world – continues,” Blinken said last week.

“The protection and welfare of Americans abroad remains the State Department’s most vital and enduring mission,” he added. “If an American in Afghanistan tells us that they want to stay for now, and then in a week or a month or a year they reach out and say, ‘I’ve changed my mind,’ we will help them leave.”