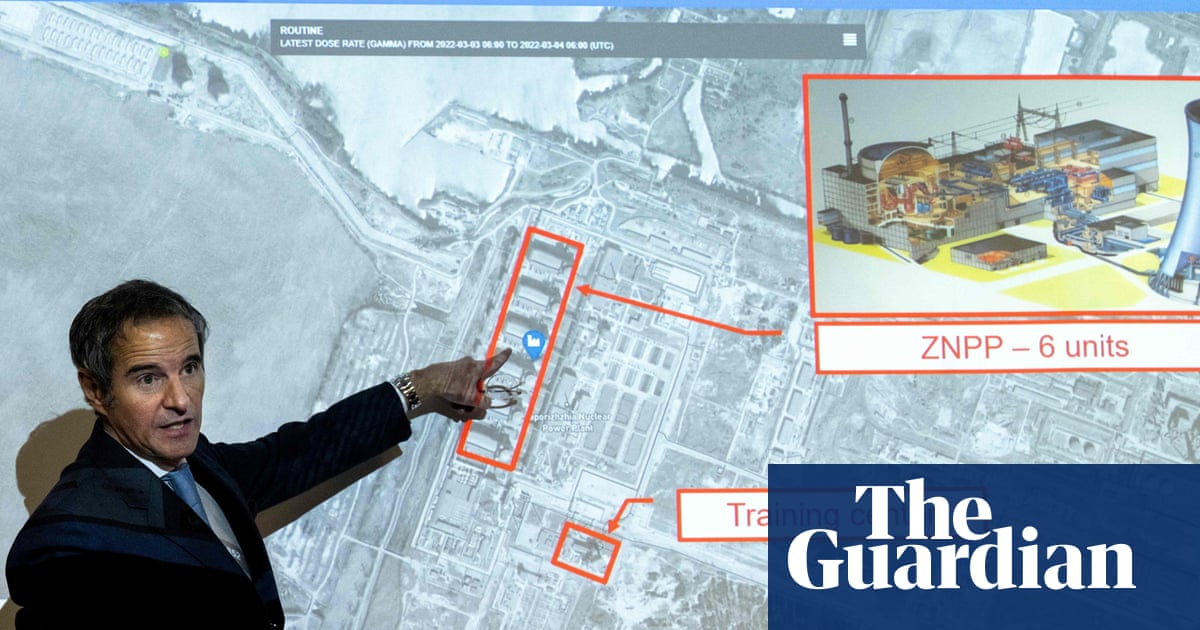 Staff at Ukraine’s Zaporizhzhia nuclear power plant are being told what to do by the Russian military commander who seized the site last week, in violation of international safety protocols.

The International Atomic Energy Agency (IAEA) expressed “grave concern” at the situation at the six-reactor plant, the largest in Europe. The agency was told by the Ukrainian nuclear regulator that “any action of plant management – including measures related to the technical operation of the six reactor units – requires prior approval by the Russian commander”.

The IAEA director general, Rafael Mariano Grossi, said on Sunday that the Russian military command over the nuclear plant “contravenes one of the seven indispensable pillars of nuclear safety and security” which states that the operating staff must be able to carry out their safety and security duties and be able to make decisions “free of undue pressure”.

Russian forces shelled the Zaporizhzhia plant in the early hours of Friday morning, damaging a walkway between two of the six reactors, and starting a fire in a nearby building used for training. As a result some of the reactors were shut down and others were put on low power.

The reactors themselves are well protected by a thick concrete shell, but there is concern that more vulnerable spent fuel rods could be hit, or that the power and cooling systems could be affected, potentially triggering a meltdown.

The IAEA also expressed concern that the Russian occupying force had reportedly shut down mobile phone networks and the internet connection “so that reliable information from the site cannot be obtained through the normal channels of communication”.

It said communications between the plant and the Ukrainian nuclear regulator have been affected, which the IAEA said contravenes another of the nuclear safety pillars listed by Grossi, requiring “reliable communications with the regulator and others”.

“In order to be able to operate the plant safely and securely, management and staff must be allowed to carry out their vital duties in stable conditions without undue external interference or pressure,” Grossi said.

“The deteriorating situation regarding vital communications between the regulator and the Zaporizhzhia [nuclear plant] is also a source of deep concern, especially during an armed conflict that may jeopardize the country’s nuclear facilities at any time,” he added. “Reliable communications between the regulator and the operator are a critical part of overall nuclear safety and security.”

The IAEA said that the operators at the plant were now being able to rotate between three shifts, relieving the operators who had been on duty at the time the plant was seized, but there were still “problems with availability and supply of food” which the Ukrainian regulator said was affecting morale on the plant.

The IAEA also expressed alarm that communication had been lost with institutions and enterprises in the besieged port city of Mariupol where it said there were “category 1-3 radiation sources, a probable reference to medical or industrial isotopes. A category 1 source can be lethal after more than a few minutes exposure.

“Such radioactive material can cause serious harm to people if not secured and managed properly,” the agency said in a statement.