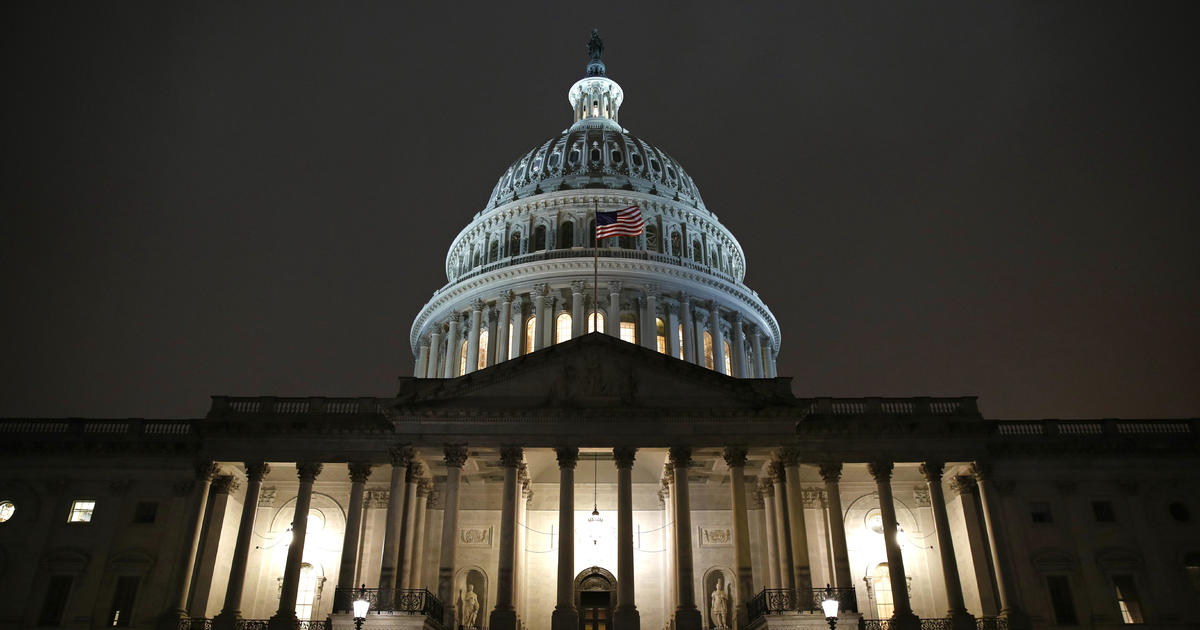 Washington — The House on Tuesday passed a short-term government funding bill that includes a provision to suspend the debt limit and directs billions of dollars to efforts to relocate Afghan refugees and for disaster relief following recent hurricanes and wildfires.

The measure, the text of which was released earlier Tuesday, cleared the House in a party-line vote of 220 to 211. It now heads to the Senate, where Republicans have vowed to oppose the package.

The 93-page bill, known as a continuing resolution, maintains current federal funding levels through December 3 and includes a suspension of the debt limit through December 16, 2022. If passed by the House and Senate, lawmakers would avoid two fiscal crises they are facing in the coming weeks: a partial government shutdown and defaulting on the nation’s debts, which Biden administration officials have warned would have catastrophic economic consequences.

But approval by the upper chamber appears to face long odds, as GOP senators have said any action to hike or suspend the debt limit must be taken by Democrats alone, especially as they prepare to usher through Congress a massive $3.5 trillion social spending package that is a cornerstone of President Biden’s economic agenda.

Because Democrats only control 50 seats in the Senate, they would need support from at least 10 Republicans in order for the short-term funding bill to advance in the upper chamber.

The legislation that passed the House also provides $28.6 billion in disaster aid to address recent hurricanes, wildfires and droughts, as well as other natural disasters, and $6.3 billion to support relocation efforts of Afghans who fled Kabul after the Taliban’s rapid takeover of Afghanistan.

“It is critical that Congress swiftly pass this legislation to support critical education, health, housing and public safety programs and provide emergency help for disaster survivors and Afghan evacuees,” Congresswoman Rosa DeLauro, a Democrat from Connecticut who chairs the House Appropriations Committee, said in a statement.

While DeLauro unveiled the bill Tuesday morning, she was forced to introduce a revised version after progressive lawmakers objected to a provision providing $1 billion for Israel’s Iron Dome defense system. The funding was ultimately stripped from the measure amid the progressives’ pushback, and a spokesperson for the House Appropriations Committee said the funding for the Iron Dome will be included in a defense appropriations bill instead.

The House and Senate returned to Washington on Monday following a weeks-long recess and were immediately confronted with a lengthy legislative to-do list and fast-approaching deadlines.

Government funding is set to lapse September 30, and a failure by Congress to approve a must-pass funding bill by the end of the month will lead to a partial government shutdown as the country continues battling the coronavirus-pandemic.

The Treasury Department also estimates the federal government’s borrowing authority will expire in October, and inaction from Congress would lead the U.S. to default on its debts, the Biden administration has warned.

Pelosi and Senate Majority Leader Chuck Schumer announced Monday the short-term funding measure would include a suspension of the debt limit and have said a vote to suspend or raise the debt ceiling should be bipartisan.

But the inclusion of the debt limit suspension tees up a clash with Republicans in the Senate as the deadlines for Congress to both extend government funding and avoid the U.S. defaulting on its debts nears. Senate Minority Leader Mitch McConnell has repeatedly said Democrats will not get help from Republicans with hiking the debt limit.

McConnell said Senate Republicans would support a continuing resolution that included disaster assistance for Louisiana, which was hit hard in recent weeks by hurricanes, and funds for the Iron Dome.

On the House side, Minority Whip Steve Scalise of Louisiana rallied Republicans to vote against the legislation with the debt limit suspension included, a person familiar with the plans confirmed to CBS News.