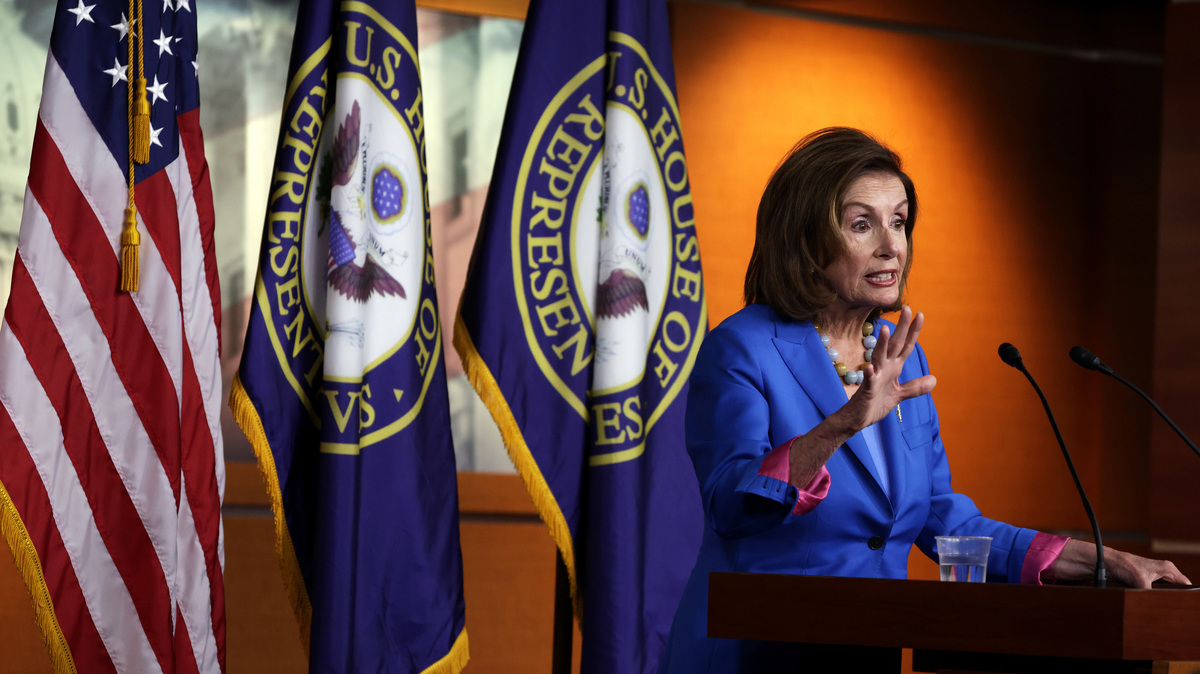 House Speaker Nancy Pelosi, D-Calif., has expressed confidence that both key pieces of President Biden’s domestic agenda — a bipartisan infrastructure bill and a broader spending package — would ultimately be approved by Congress.

House Speaker Nancy Pelosi, D-Calif., and her leadership team have delayed a vote on an approximately $1 trillion bipartisan infrastructure bill, as Democrats remain divided over a separate but politically linked larger spending measure.

Pelosi, who had said her plan was to hold the vote Thursday, made the call to pull the vote after talks that stretched into the night yielded no deal.

The infrastructure bill was a negotiated this summer by a bipartisan group of senators and the White House. The Senate approved it in August, with 19 GOP senators joining all Democrats in the vote in the upper chamber.

Ahead of the expected vote, Pelosi told reporters she was taking things “hour by hour” to decide what to do on the measure. A steady stream of members from across Democrats’ ideological spectrum shuttled in and out of her suite of offices in the Capitol Thursday.

Democrats’ slim margin in the House meant Pelosi had little room for error. She balanced demands from progressives, who vowed to defeat the bill unless there was a broader deal on the separate $3.5 trillion package, and moderates, who argued the Democratic majority on the Hill needed to deliver a win on a key part of their agenda.

The speaker told reporters early on Thursday, “I’m only envisioning taking it up and winning it.”

Pelosi worked to get a framework on the larger spending bill that the president, progressives and Senate centrists could agree on so that all factions could point to something both chambers would advance in the next several weeks.

“You know that thing with the white smoke in the pope. It’s like, that’s what people are waiting for,” Rep. Ann Kuster, D-N.H., told reporters after one session with the speaker.

Pelosi initially insisted that the infrastructure bill would move in tandem with the larger spending package that Democrats plan to push through via a process known as reconciliation, which would avoid a Republican filibuster in the Senate.

That pledge split her caucus. Centrists from purple districts pushed for a House vote to send the measure funding so-called hard infrastructure projects to Biden’s desk, and progressives insisted they could not support moving his “Build Back Better” agenda in a piecemeal fashion. They said an agreement between both chambers on the details of the broader spending bill, which includes major programs addressing health care, climate change and education priorities, was the only way to move forward.

Pelosi then backed off her insistence that the House wouldn’t vote on the bipartisan bill focused on hard infrastructure for things like roads, bridges, transit systems until the reconciliation package was approved by the Senate.

Leading House liberals reiterated that they couldn’t vote for the $1 trillion measure until they had an “iron clad” agreement with Senate centrists Joe Manchin, D-W.Va., and Kyrsten Sinema, D-Ariz. — who said they couldn’t accept a package with a $3.5 trillion price tag — with details about what the two of them would support.

Manchin told reporters he could back a $1.5 trillion package — far less than most House and Senate Democrats wanted. He has been pressing for a smaller package for weeks.

“I’m willing to sit down and work through that 1.5,” Manchin said. Referring to progressives who wanted more than double that amount, he said “they can come back and do later, and they can run on the rest of it later. I think there’s many ways to get to where they want to, just not everything at one time.”

Rep. Pramila Jayapal, D-Wash., the chair of the Congressional Progressive Caucus, continued to warn that moving forward with a vote on the infrastructure bill without an agreement on the reconciliation package would mean dozens of progressive Democrats would vote no and take the bill down.

Pressed about the two centrist senators who are opposed to progressives’ vision of the broader measure, Manchin and Sinema, Hoyer said, “Having a framework that can pass the Senate is what would be helpful.”

Rep. Chrissy Houlahan, D-Pa., told reporters members were working hard to push the infrastructure bill over the line, and the continued talks would yield a breakthrough. “I’ve only been here a few years but magic happens really fast here in Washington.”

The infrastructure bill contains $550 million in new spending over the next five years. It focuses on a range of projects, including over $100 billion for roads and bridges, over $60 billion for rail systems, $25 billion for airports, $65 billion for broadband, over $50 billion for clean drinking water projects.