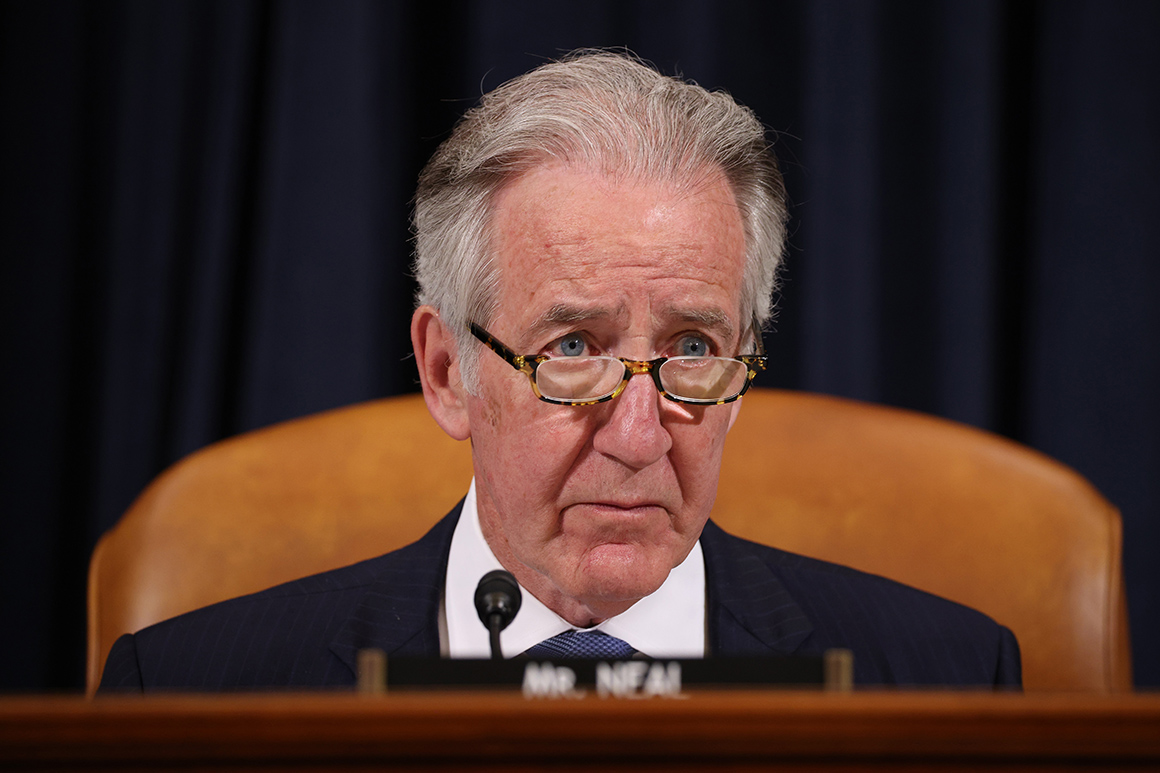 Taken together, the proposals would be the biggest tax increase in decades and appear to be enough to cover most of what even progressive Democrats hope to spend on their coming “reconciliation” package. Lawmakers want the money to finance a dramatic expansion of the government’s safety net.

The proposals, set to be formally unveiled as soon as Monday, would also amount to a major step forward for Democrats as they sort out their plans for what would likely be the most consequential legislation of the Biden administration.

Neal’s proposals, which are sure to be controversial, will be his chamber’s opening bid in negotiations with the Senate as they consider a menu of possible tax increases.

Though lawmakers have been working behind the scenes to narrow their differences, it’s clear the two sides are on a collision course on several fronts. Neal’s increase in a special tax on companies’ foreign earnings known as “GILTI,” for example, doesn’t go nearly as far as what Senate Finance Chair Ron Wyden (D-Ore.) or the Treasury Department have proposed.

At the same time, Neal’s 26.5 percent corporate rate is higher than the 25 percent that Sen. Joe Manchin (D-W.Va.), a key centrist, says he prefers. The current rate is 21 percent.

Neal, who late Friday unveiled a separate plan for more than $1 trillion in tax cuts and other benefits Democrats also intend to include in their reconciliation package, aims to move both through his committee this week.

Democrats are racing to put together their reconciliation package — which can be passed without Republicans votes — by an internal Sept. 15 deadline. Party leaders hope to pass it out of the House by the end of this month.

“This meets two core goals the President laid out at the beginning of this process — it does not raise taxes on Americans earning under $400,000 and it repeals the core elements of the Trump tax giveaways for the wealthy and corporations that have done nothing to strengthen our country’s economic health,” said Andrew Bates in a statement.

“The President looks forward to continuing to work with Chairman Neal, as well as the Senate Finance Committee and Chairman Wyden, as we advance the Build Back Better agenda.”

Though Neal’s committee is charged with figuring out how to finance Democrats’ reconciliation plans, his plans have been a closely guarded secret.

While other Democratic leaders have enthusiastically embraced tax hikes on the rich and big companies, the Massachusetts Democrats has said little, preferring to confer with colleagues behind closed doors. Democrats have a tenuous hold on the chamber, and can only afford to lose three votes.

Though some observers have doubted Neal’s desire to raise taxes, his slate of increases is more ambitious than many anticipated, with more than 20 separate proposals.

He also wants to restore the top marginal income tax rate to 39.6 percent, from 36 percent, where it was before Republicans cut it to as part of their 2017 Tax Cuts and Jobs Act. Neal would crack down on so-called carried interest — a form of compensation for private equity managers — and expand a special surtax on higher earners known as the Net Investment Income Tax.

Neal would also curb interest deductions for companies; crack down on a kind of land deal known as conservation easements; and increase tobacco taxes, among other changes.