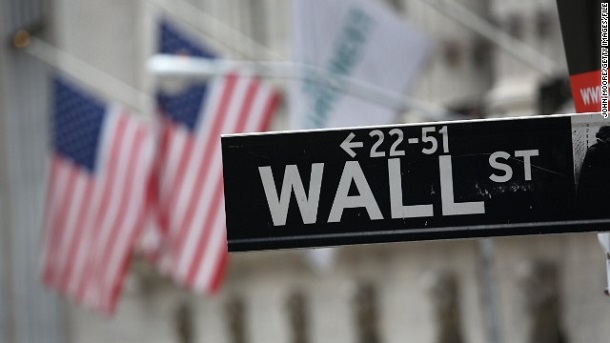 In broad daylight, some of the most recognizable online brokerages showed the world that they believe in a free market only in theory. Robinhood, the app that democratized retail investing by letting users make commission-free trades, provides the richest irony. Now that main street America can aggregate market information and has the power to short stocks and buy options, the very firms that opened the stock market to millions have had a change of heart.

It all started with a meme on Reddit’s r/WallStreetBets subreddit. Amateur market watchers believed that hedge funds had undervalued the performance of brick-and-mortar GameStop, which hedge funds heavily bet against. Moving in concert, redditors and other retail investors bought the stock en masse, triggering a short squeeze that pushed GameStop’s value even higher as hedge fund managers moved to cover their shorts, further inflating GameStop shares, even though the retail store has struggled.

Covering the shorts cost hedge funds like Melvin Capital and Citron Research billions. For once, it wasn’t Main Street getting squeezed. Amateur investors, so-called “dumb money,” beat the pros in a system that hedge funds thought they had cornered.

That was, until Robinhood channeled its inner Sheriff of Nottingham by preventing users from buying GameStop and others in the r/WallStreetBets basket of favored stock. It also tightened the margin requirements for buying the stock while encouraging users to liquidate it. While this may have been a more appropriate standard in the first place, their actions on this trade clearly benefit hedge funds.

Meanwhile inside Wall Street, hedge funds scrambled to buy and sell the same stocks, readjusting their balance sheets to stem their own bleeding, while broker-dealers were simultaneously keeping retail investors from participating in the buy-side of the market. Despite this obvious interference in the market, some funds took a total loss on their positions.

This raises a number of issues about market participation. Some retail investors approved for margin accounts were surprised to learn that margin accounts can include margin calls. When those accounts have insufficient funds, shares are sold to cover the call. Wall Street pros point to this lack of sophistication as a reason they should not compete directly with average investors. But, when Robinhood and TD Ameritrade stopped investors from buying shares under a thin veneer of paternalism and concern about the volatility, it is yet another roadblock for Americans who are actively trying to participate in a market they were told is “free and open.”  After lowering barriers to participate in the stock market, these online brokerages lifted the drawbridge and sealed the gates to retail investors.With the Federal Reserve keeping interest rates near zero, there’s little incentive or reason for Americans to hold cash in traditional savings accounts. Over the course of the pandemic, the dollar has lost its value and buying power as the Fed devalues the currency. Even Wall Street pros have done everything possible to move out of cash and into other instruments. This has inflated asset prices, distorted markets, and poses related systemic risks to markets.

Remember that most Americans are locked out of private capital markets, which are open only to accredited investors. “Accredited investors” are defined by the SEC as individuals with incomes over $200,000 for the past two years, have a net worth of $1 million, or have a position in high finance with a company that trades in unregistered securities. These regulations are supposed to be in place to protect investors. But this paternalistic approach creates barriers that most Americans cannot overcome and shuts off an entire avenue of investment.

The House Financial Services Committee has already promised an investigation into the highly unusual practices of Robinhood and other online brokerages. Many critics have rightly raised questions about the cozy relationship Robinhood has with Citadel Capital, which facilitates transactions for Robinhood and also bailed out troubled Melvin Capital this week. I look forward to the discussion on this and related topics.

As I see it, some clever investors identified a particular set of circumstances which allowed them to exploit Wall Street’s overly-risky position. In doing so these retail investors transferred money from the hedge funds’ pockets to their own pockets. This should be celebrated and encouraged as it shows that the markets are not exclusive but inclusive. We cannot let Wall Street insiders ban outsider trading.

The post How clever investors 'transferred money from hedge funds' pockets to their own' appeared first on WND.

Previous post: [ Massive Chinese Buying Spree Sends Corn Prices To Highest Since 2013 ]
Next post: [ ‘We’re Just Getting Started’: God Poured out His Presence During ‘Let Us Worship’ Events in Florida ]