How is God separating the ‘wheat and the chaff’ in you? 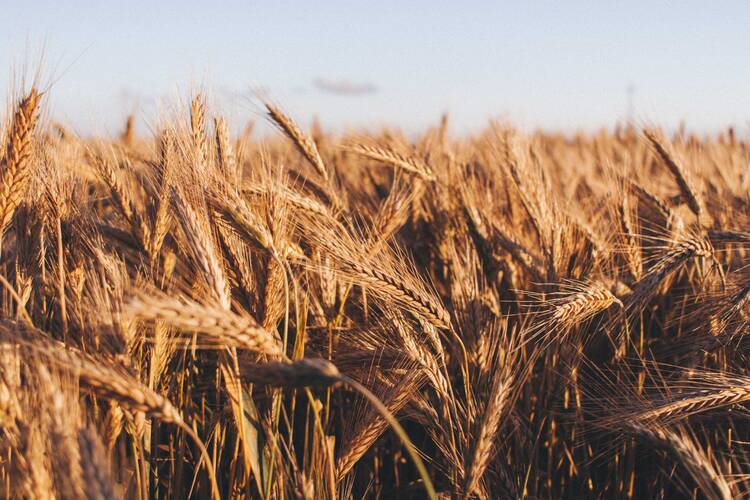 A Reflection for the Seventeenth Thursday in Ordinary Time

“I went down to the potter’s house and there he was,
working at the wheel.
Whenever the object of clay which he was making
turned out badly in his hand,
he tried again,
making of the clay another object of whatever sort he pleased” (Jer 18:2-3).

Today’s readings reveal a simple truth about our relationship with God: that in God’s hands, we can be made and remade. The Gospel reading, about the wheat being separated from the chaff and the chaff being thrown into the furnace can evoke a final judgment from which there is no turning back, but I think the second part of the Gospel tempers that when Jesus says, “every scribe who has been instructed in the Kingdom of heaven is like the head of a household who brings from his storeroom both the new and the old.”

The Gospel shows us that, when apologizing, we need to be radically open to hearing how God is “separating the wheat from the chaff” in us.

Taken together, I think these readings attest to how we are constantly in need of being remade. We need the good and bad separated out, and the bad thrown away. But the good is preserved, like the potter’s clay and the wheat: The head of the household brings forth both the old and the new, the goodness deeply rooted in us and that which we’ve only recently cultivated.

I’m struck by these readings in a particular way this week as Pope Francis undertakes what he has called a “penitential pilgrimage” to Canada’s Indigenous Peoples. On Monday, the pope apologized for the church’s complicity in the Canadian residential school system, which separated children from their parents and sought to destroy Indigenous languages and cultures while imposing not only Catholicism but a forced conversion to a European way of living. Much of the conversation preceding the pope’s apology centered around how far it would go: whether the pope would apologize for the actions of a few “bad apples” who abused the children, or if he would acknowledge the church’s responsibility for cooperating with the government in a greater structural sin.

In the end, he did a bit of both, though he was criticized for a lack of specificity, particularly in not naming the sin of sexual abuse in the schools. (You can read the full apology here.) Reflecting on today’s readings in light of the apology, I can’t help but see the readings as a guide for how to approach admitting our sins, seeking forgiveness and repenting. The Gospel shows us that, when apologizing, we need to be radically open to hearing how God is “separating the wheat from the chaff” in us; that is, pointing out to us exactly what we’ve done that was good and what was not.

This requires being thoughtful and specific about where we’ve gone wrong, and it shows us what exactly we need to leave behind—to throw into the furnace—and what good clay, or good wheat, is left for us to build on, “both the new and the old,” in order to be made anew.