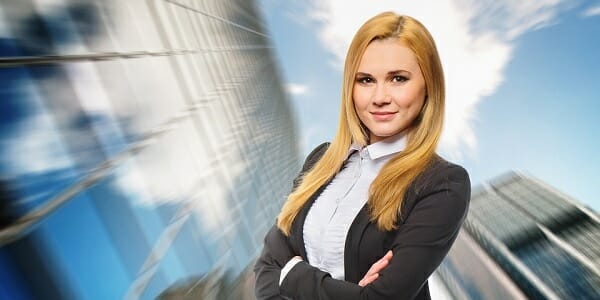 The pandemic has eroded women’s gains in the labor force. Now, a new pro-labor bill threatens women’s advancement even further. If Washington is serious about equality for women, lawmakers will oppose efforts to kill flexible work in America.

The coronavirus devastated women’s employment nationally and globally. Because women tend to be concentrated in service-based industries such as food and accommodations, they were hard hit by pandemic job losses. Caregiving and household duties also disproportionately fell on women, pushing many to choose family over employment.

According to reporting jobs data earlier this month, 275,000 women dropped out of the labor force in January. A whopping 80% of U.S. adults who gave up looking for work were women.   Harvard Business Review found that women constituted 46% of U.S. workers pre-COVID-19, but suffered up to 54% of pandemic job losses by September. Global authorities have bemoaned that this pandemic poses a setback for gender equality for decades.

These losses are unfortunate, but they could have been worse. Flexible work opportunities have been a lifeline to keep women attached to the labor force. Freelancing or independent contracting allows many women to earn on their own schedules and advance their careers while balancing competing priorities of child care, virtual learning, or caring for aging parents. Some women earn as much income or more in these nontraditional work relationships than they would if they were an employee.

These valued opportunities are at risk. The Protect the Right to Organize Act (PRO Act) was reintroduced into Congress this month. Among its many organized-labor-friendly provisions, this bill places new restrictions on independent contracting in America. Businesses would be forced to convert most of their independent contractor workforce into full employees regardless of whether workers even prefer that arrangement or if businesses can shoulder the increased labor costs. Jobs the pandemic did not kill, the PRO Act just might.

Now is not the time to restrict flexible work arrangements that women value. Flexibility is important to 94% of working women in the gig economy, according to a 2018 survey. Nearly two out of three (61%) say they prefer to have an independent relationship with their chosen companies versus being an employee.

Independent contracting is not just a preference but a necessity for a plurality (46%) of freelancers. Their personal circumstances prevent them from working in traditional jobs. If they can’t work in these flexible arrangements, they will leave the workforce entirely.

In addition to flexibility, independent contracting gives individuals complete control over their time and labor. They can contract with multiple companies; decide when, where, and how to complete their assignments; and negotiate their own pay. They are their own boss.

There are tradeoffs to this arrangement. Independent contractors do not receive benefits such as paid leave, health care, and unemployment insurance, as employees do. That may be a sensible choice for some women — for example, married women may already have health care coverage through their spouse’s employer. Independent contracting or full employment is a choice that women have the right to make.

Congress is on a path to take away the choice, freedom, and flexibility that so many women depend on through the PRO Act. This bill would nationalize the ABC test, codified in California’s infamous Assembly Bill 5 (AB5), to determine if a worker should be classified as an independent contractor. This stringent standard establishes that a worker is an employee unless she meets three criteria: (a) is free from the control and direction of the hiring entity, (b) performs work that is outside the usual course of the hiring entity’s business; (c) is engaged in a trade, occupation, or business of the same nature.

Lawmakers intended to hurt Uber, Lyft, and other gig economy companies but unintentionally swept up workers in hundreds of occupations. AB5 triggered income losses, canceled contracts, and job losses for tens of thousands of the state’s 2 million independent contractors.

Policymakers heard an outcry from industries, and have been granting carve-outs to some. Of course, those carve-outs have been granted to politically connected industries able to hire lobbyists; others are left behind to suffer under the onerous and unfair regulations.  At the Independent Women’s Forum, we’ve heard from many men and women about how AB5 hurt them, such as Nancy, an independent contractor optometrist who for 18 years worked part time so she could raise two children. After AB5 became law, her income was cut by 30% overnight.

Exporting AB5 to the rest of the nation should be a non-starter. Enacting the PRO Act would place the employment opportunities of millions of women across the country at risk and set women’s progress back even further. If Congress supports women’s progress and equality, it will oppose the PRO Act.