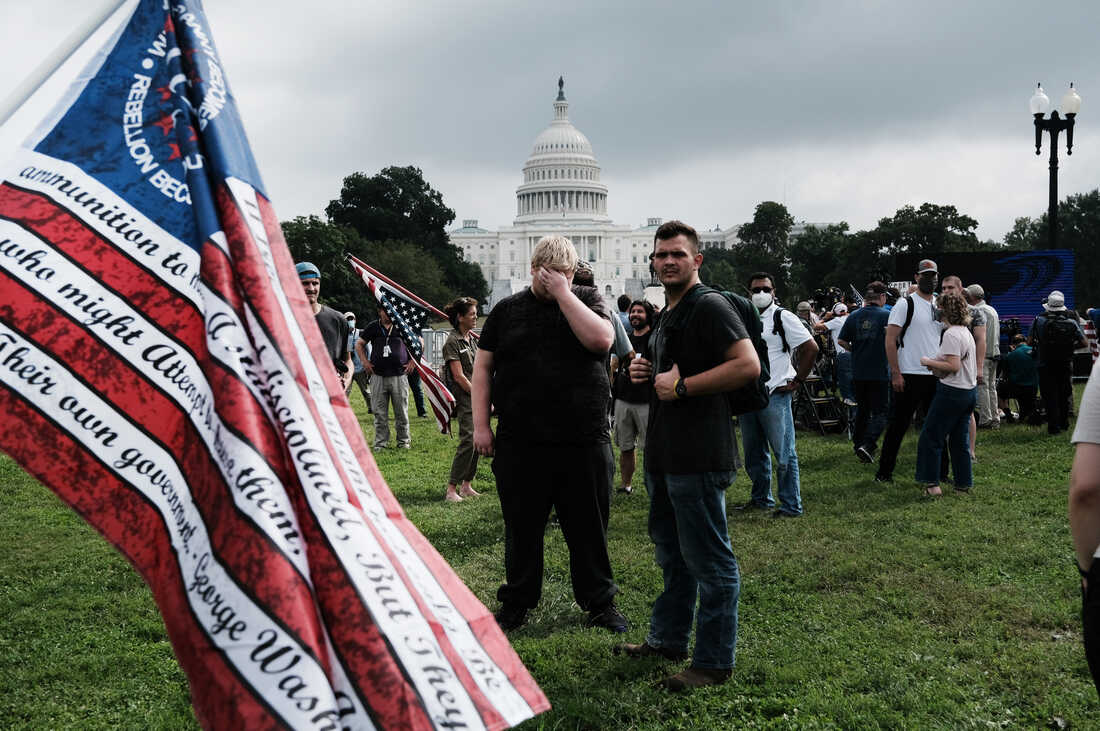 Supporters of those suspected of taking part in the Jan. 6 attack on the U.S. Capitol attend the Justice for J6 rally near the U.S. Capitol on Saturday. Spencer Platt/Getty Images hide caption 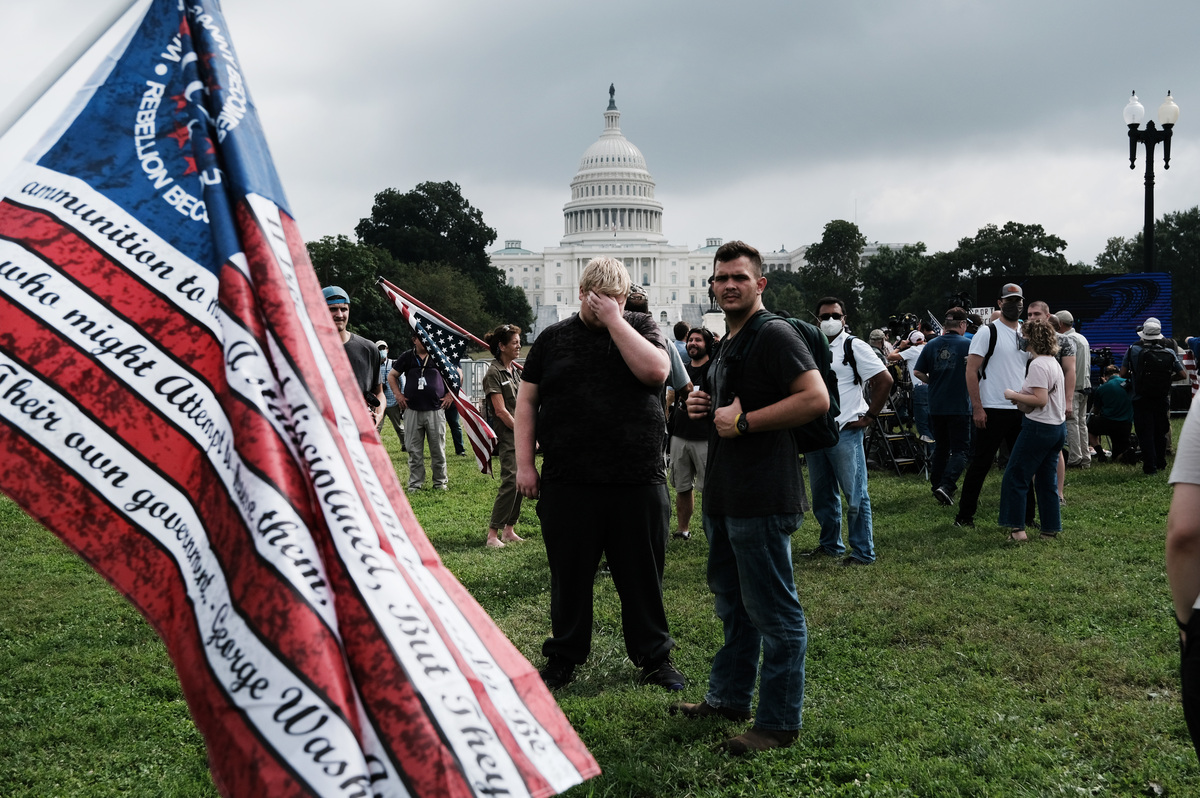 The event, which was a protest of the ongoing arrests and detention of people accused of participating in the Jan. 6 insurrection, also drew throngs of journalists and counterprotesters.

Speakers delivered remarks from a podium near the Capitol early Saturday afternoon, as crowds milled about nearby. According to Capitol Police, between 400 and 450 people were in the protest area, not including law enforcement.

Event organizer Matt Braynard, executive director of the group Look Ahead America, urged attendees to respect the police and journalists in attendance and said the rally was not intended to support people charged with committing violence on Jan. 6. 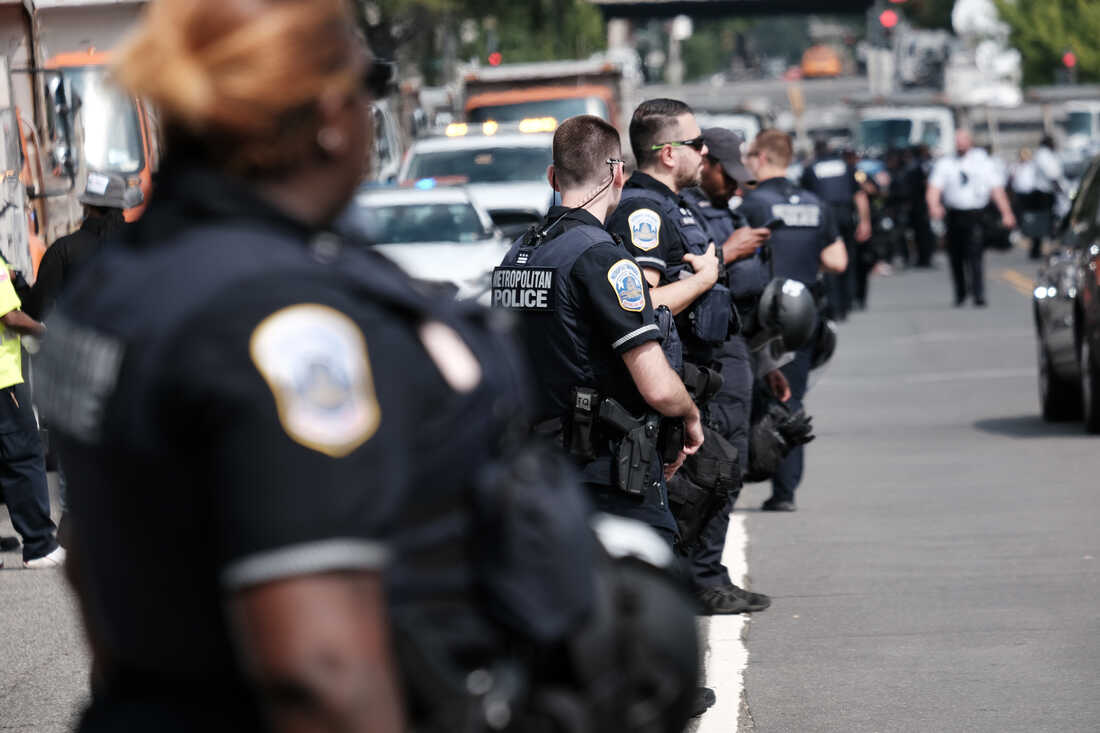 Police guard the front of the U.S. Capitol on Saturday in preparation for a far-right rally nearby. Spencer Platt/Getty Images hide caption 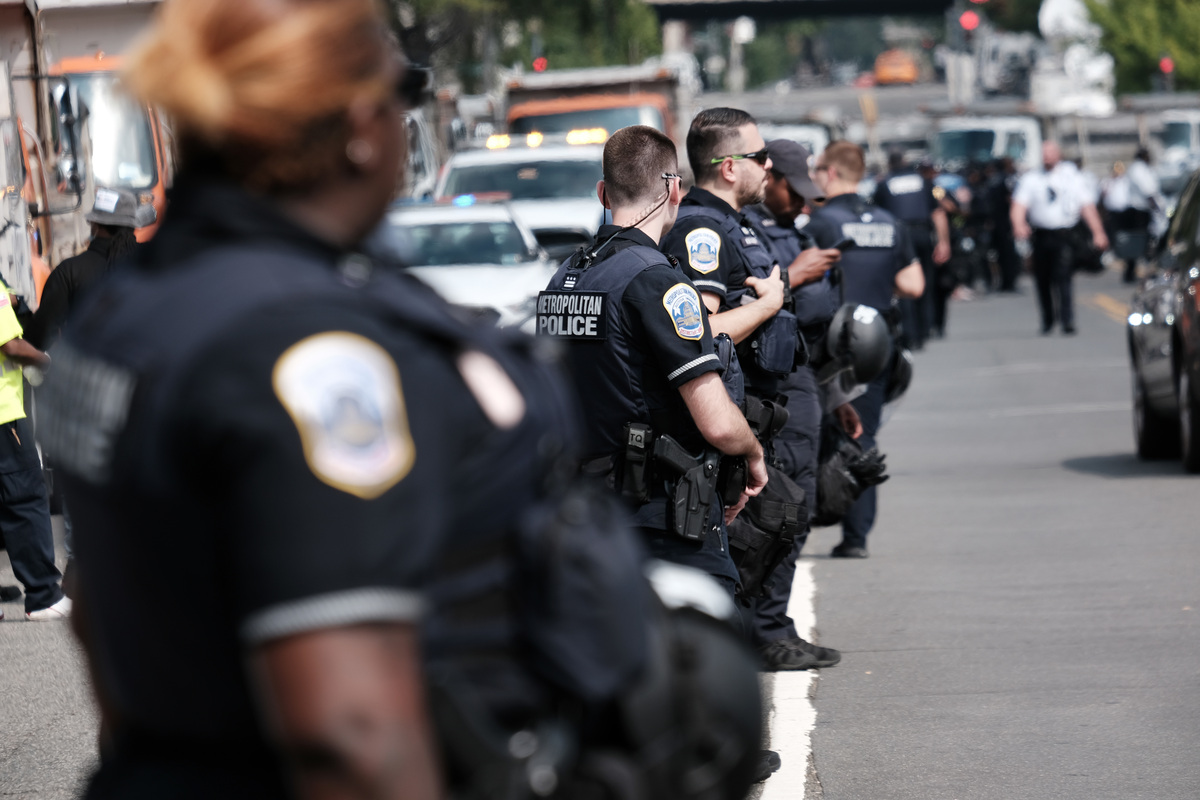 Police guard the front of the U.S. Capitol on Saturday in preparation for a far-right rally nearby.

“This is about the many people who were there that day who have not been charged with violence, not been accused of assaulting a police officer or destroying property, and the disparate treatment they’ve received,” Braynard said. “This is about equal treatment under the law.”

Police broke up at least one heated exchange between what appeared to be a protester and a counterprotester. Nearby, officers wearing riot gear stood guard.

U.S. Capitol Police said they had arrested a man, who had a knife, for a weapons violation. After the event ended, police said they separated a group of protesters and counterprotesters without incident.

Ahead of Saturday’s rally, authorities took steps to ensure they avoided a repeat of what occurred on Jan. 6, when huge crowds of protesters overwhelmed law enforcement and breached the Capitol’s perimeter, gaining access to the building where lawmakers and staff huddled behind locked doors. The riot left several people dead.

Capitol Police installed fencing around the building this week and prepared a detailed security plan, which it shared with lawmakers.

It had been unclear just how large Saturday’s protest would be or whether it would come close to the size of the Jan. 6 crowd.

Look Ahead America previously estimated that about 700 people would attend, according to The Washington Post.