The National Hurricane Center (NHC) said that Larry is located nearly 1,000 miles east of the Northern Leeward Islands, moving northwest at 14 mph. It is expected to continue this way with a slight decrease in forward speed expected over the next few days. 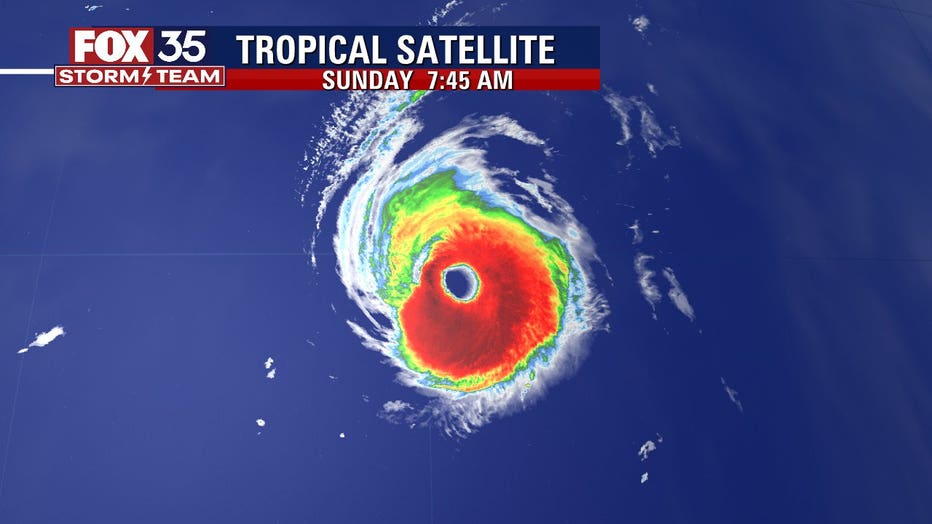 They also said that Larry has maximum sustained winds of 120 mph, making it a Category 3 hurricane. Little change in strength is expected and it will remain a major hurricane through the middle of the week. 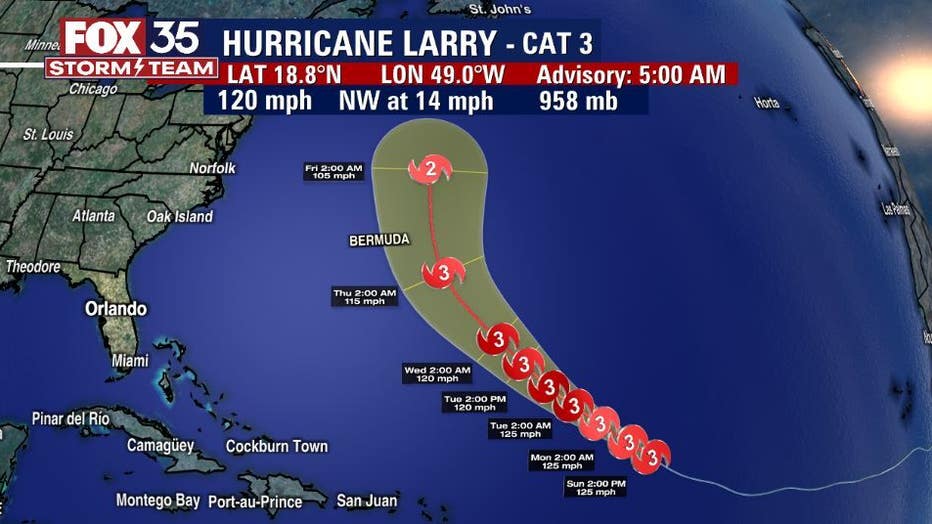 The storm is not expected to pose a threat to the U.S. in the days ahead, except for the possibility of causing potentially dangerous surf and rip currents along the east coast next week.

Meanwhile, a disturbance is bringing disorganized showers and thunderstorms to portions of Central America and the Yucatan Peninsula. The NHC said that it should move slowly northward or northeastward over the Gulf of Mexico. Upper-level winds are said to be marginally conducive for tropical cyclone formation. There is a 30 percent chance of formation over the next five days. 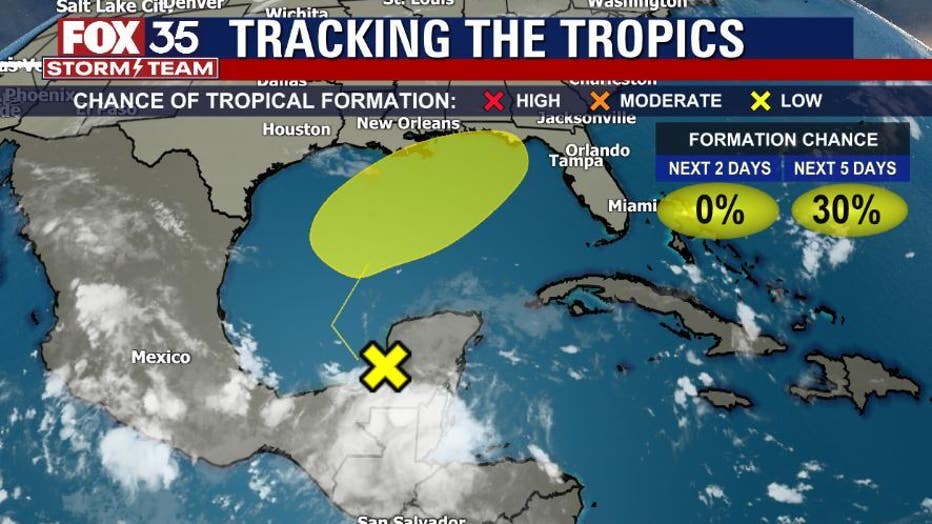 The National Oceanic and Atmospheric Administration (NOAA) says that September is the most hurricane-prone month, with as many major hurricane landfalls as August and October combined. Texas and Louisiana are “prime targets” for pre-August major hurricanes, the agency said.

Comparatively, most major October hurricanes occur in southern Florida. To date, Florida has been hit by about 120 recorded hurricanes but has been spared so far in 2021.