“I Am Not A Baby-Making Machine”: Thousands March For Abortion Rights In Protest Of Texas’s New Law – BuzzFeed News 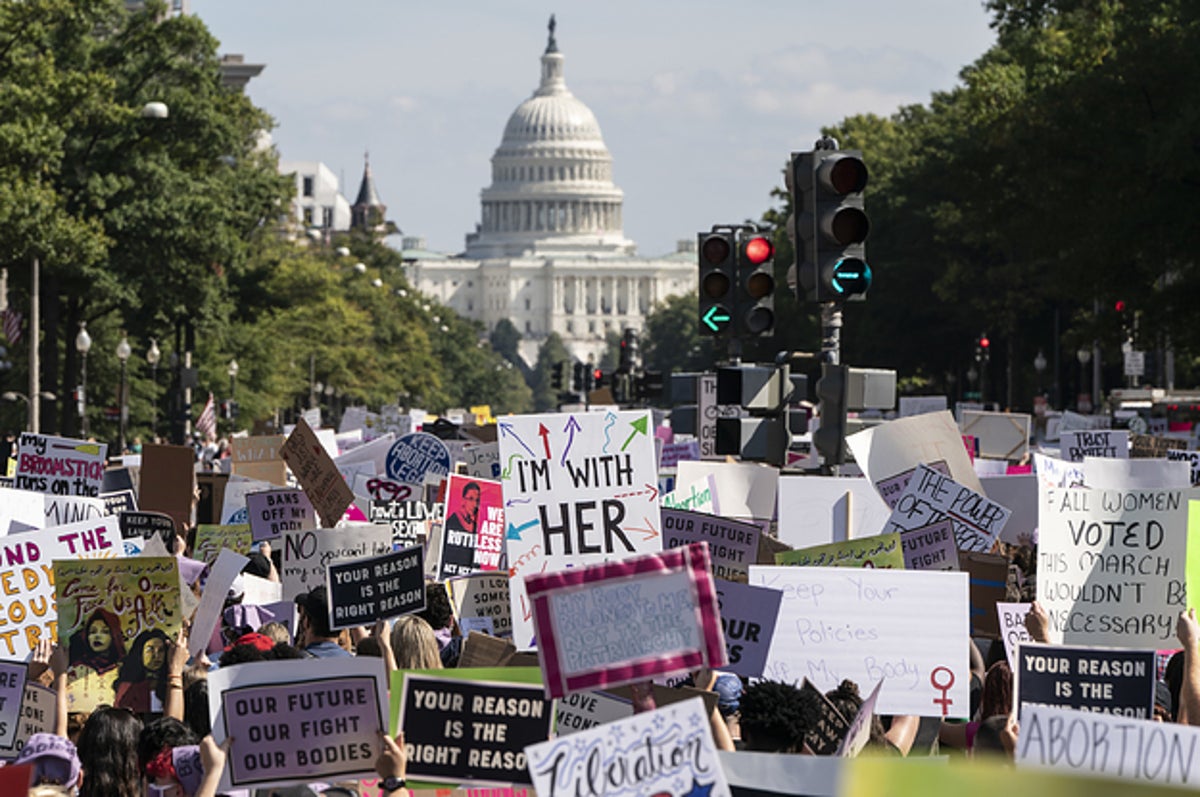 Thousands took to the streets in cities across the country Saturday to demand that lawmakers and judges protect people’s rights and access to abortion as the nation’s highest court prepares to hear its biggest reproductive rights case in decades.

It was the first Women’s March of the Biden administration, and it came a month after the Supreme Court took no action to block Texas’s six-week abortion ban from taking effect, halting the vast majority of abortions in the state. Texas is the first state to have an early-term abortion ban take effect in the decades since Roe v. Wade, the landmark decision that made abortion legal nationwide.

Now, the Supreme Court, which begins its new term on Monday, is set to hear arguments in December regarding a Mississippi law that prohibits nearly all abortions after 15 weeks of pregnancy. In that case, justices will revisit a key tenet of reproductive rights: that states cannot ban abortions before a fetus is viable — typically around week 24 at the earliest. A ruling in favor of Mississippi would embolden other Republican-led states to impose sweeping abortion bans at earlier phases of pregnancy.

In Washington DC on Saturday, demonstrators marched to the Supreme Court, chanting “My body, my choice.” During speeches, activists repeatedly referenced the Texas law, SB 8, which bans nearly all abortions after fetal cardiac activity can be detected — typically around the sixth week of pregnancy when many people don’t even know they’re pregnant. The law is unusual in that it relies on private individuals rather than the government to enforce the ban, raising the question of whether Texas has found a way to structure an early-term abortion ban to avoid a constitutional challenge.

Speaking to the crowd gathered in DC’s Freedom Plaza, Texan Anna described the hoops she had to jump through to get an abortion when she was 17. Texas is one of many states that require minors to obtain parental consent to get an abortion. But Anna’s parents were out of the country, so she had to get permission from a judge to end her pregnancy.

“Do you know what I wanted to say to the judge? I am not a baby-making machine and I should be able to decide if and when I become pregnant,” Anna said to cheers.

She ultimately got an abortion after six weeks due to the delays caused by the requirement, said Anna, a policy intern at Deeds Not Words, an Austin-based women’s empowerment organization. But if SB 8 had been in effect, she wouldn’t have been able to get it.

“No one should have to go to a judge for permission to have an abortion,” Anna said. “No one should worry about being sued for helping their friend and no one should stand in my way when I want birth control, Plan B, or abortion.”