“I’m A Normal Working Person”: Dogecoin Creator Sold His Coins In 2015 To Buy A Used Honda

Even Dogecoin’s creator can’t understand why the price has run up so much.

Billy Markus, who created the cryptocurrency, cashed in all of his Dogecoin in 2015 to buy a Honda Civic. Since then, Dogecoin has reached a market cap of $9.1 billion, up 1400% so far in 2021. Markus, who is 38 years old, works as a software engineer in the Bay Area.

Markus wants people to know he is no longer involved in the project and “can’t limit the coin’s supply to help make them rich,” according to Bloomberg.

He wrote in an open letter on the r/Dogecoin subreddit this week: “I’m no longer part of the Dogecoin project, I left around 2015 as the community started to strongly shift from one that I was comfortable with. I don’t currently own any Dogecoin except what has been tipped to me recently, I gave away and/or sold all the crypto I had back in 2015 after being laid off and scared about my dwindling savings at the time, for about enough in total to buy a used Honda Civic.”

He told Bloomberg: “I see this random crap on the internet saying I have all this money. That’s cool, but where is it? I’m a normal working person. I’m not in trouble or anything, but I’m not rich.” 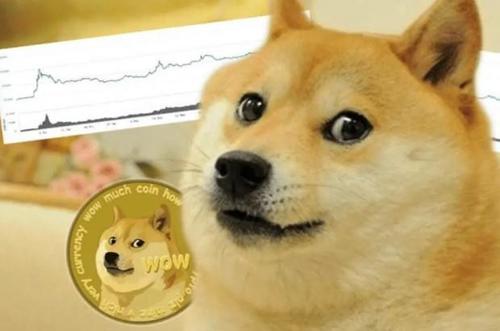 “I’m half detached, but it’s weird that something I made in a few hours is now part of internet culture. It’s amusing to see Elon Musk talk about it. It feels silly, but there’s this huge upwelling behind it,” he continued.

One explanation for the coin’s longevity is that it has been around almost for as long as cryptocurrencies themselves. Bloomberg attributes the coin’s “success” to the Lindy effect:

The Lindy effect is a rule of thumb that says the remaining lifespan for a non-perishable item, like say how long a book will remain in print, is equal to how long it has been in existence. The idea boils down to this: the older something is, the more likely it is to continue to survive the tests of time.

Dogecoin was created in 2013, making it downright elderly in crypto-terms. According to the Lindy effect, its more than seven years of survival, with much of that coming through the so-called crypto-winter when prices plunged in 2018, is a sign of resilience and evidence that it’s more than just a fad.

Markus concluded his thoughts by channeling some of the objective reality that doesn’t seem to exist in the altcoin-sphere.

“If this is my contribution to the world, it’d be nice to offset all the burning of fossil fuel used to mine the currency,” he said, raising a serious issue that many crypto bears, including bitcoin bears, continue to bring up. “Maybe it’s that Dogecoin can be a good barometer for how far from reality things can get,” Markus concluded.

We couldn’t have said it better, Markus. We’ll tip you in Doge.