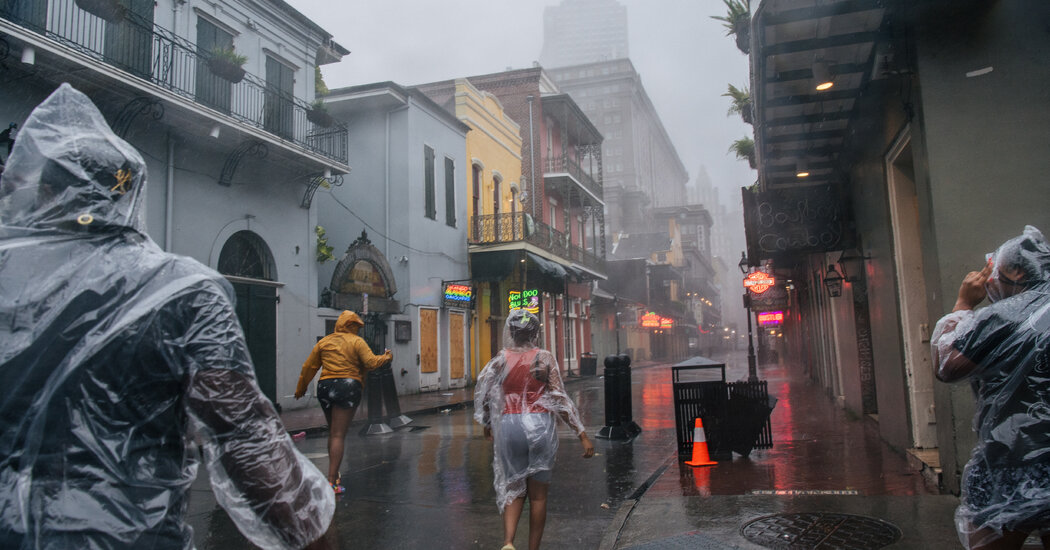 It remained to be seen if New Orleans would be on the list of the hardest hit. On Sunday, Gov. John Bel Edwards of Louisiana expressed optimism that the city would handle the storm on CNN’s “State of the Union.” The new storm system surrounding New Orleans, with its 350 miles of levees, flood walls, gates and pumps, “will withstand the storm surge,” he said.

“There’s been tremendous investment in this system since Hurricane Katrina,” he said. He added: “This will be the most severe test of that system.”

There were hopes that Ida might prove mild. One weather forecaster suggested that the result might turn out to be more similar to Hurricane Zeta, a storm that struck in October, blowing through quickly and ferociously, leaving the streets filled with fallen tree branches and downed power lines — but leaving most of the city intact.

But many residents had a hard time putting faith in the predictions and the experts. Even if the levees held this time, they wondered if the city’s historically troubled pumping system would be able to churn water out of the city before floodwaters rose.

“I just have a really eerie feeling about this one,” said Chris Dier, a local schoolteacher who evacuated his home in the Arabi neighborhood. “I feel like the levees should hold, but again, if they didn’t, I wouldn’t be surprised because we all thought they would hold during Katrina but they didn’t.”

The big hotels around the French Quarter, meanwhile, were experiencing a rarity: rooms and floors full of patrons with New Orleans accents.

Devin Sanville, 51, a chef at Antoine’s Restaurant, the famous Creole restaurant in the French Quarter, had moved with his family into a room in the AC Hotel on the fifth floor. He rode out Katrina on the third floor in the St. Bernard housing projects after fleeing his house, which filled with at least six feed of water.