In San Francisco, Democrats Are at War With Themselves Over Crime – The New York Times 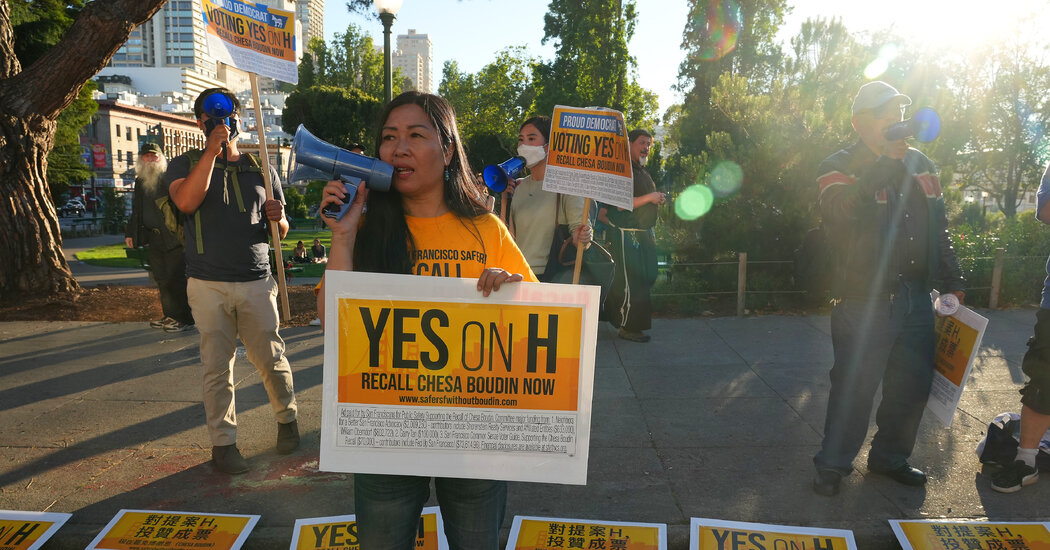 “The nature of this job is we are always looking backwards and hindsight is 20-20,” Mr. Boudin said. “We know as a matter of material fact that some people will be released and commit bad crimes. There’s always going to be cases where if we look back we would make different decisions.”

Unlike in other parts of the country, homicides are not driving the anger and passions of recall advocates. The annual number of people killed in the city has stayed within a range of 41 to 56 over the past seven years.

Instead, recall advocates describe a pervasive feeling that quality of life in San Francisco has deteriorated. Burglaries, especially in wealthier neighborhoods, have soared during the pandemic. The city recorded 7,575 burglaries in 2020 and 7,217 last year, a sharp increase of more than 45 percent from 2019. Car break-ins, long a festering problem, were less frequent during the pandemic, but thieves shifted their targets from tourist areas to more residential neighborhoods, a change that gave the issue more immediacy and urgency among voters.

Another problem is that Mr. Boudin and the Police Department, whose rate of arrests for reported crimes is among the lowest of major cities, have a toxic relationship. In the 2019 campaign, the San Francisco Police Officers Association attacked Mr. Boudin by calling him the “#1 choice of criminals and gang members.” Supporters of Mr. Boudin responded at his victory party with chants of epithets toward the union.

Officers have been heard on body camera footage telling residents that the district attorney is unwilling to prosecute crimes. And while Mr. Boudin has been criticized for not more aggressively prosecuting drug dealing, he said the police make, on average, only two drug-dealing arrests a day.

“The perception is right,” Mr. Boudin said. “Low-level drug dealers can reasonably expect in San Francisco that nothing will happen to them. Because they’re not getting arrested. Incidentally, the same thing is true with auto burglaries, where 1 percent of reported auto burglaries result in an arrest. So the focus on my office or on me or my policies is really misplaced.”

The chief of police, Bill Scott, declined to answer questions on the department’s rate of solving crimes. A spokesman said in a statement that it was “not appropriate for him to get into the type of political discussion that could influence the will of the voters of San Francisco.”