Is it really a sin to get angry? 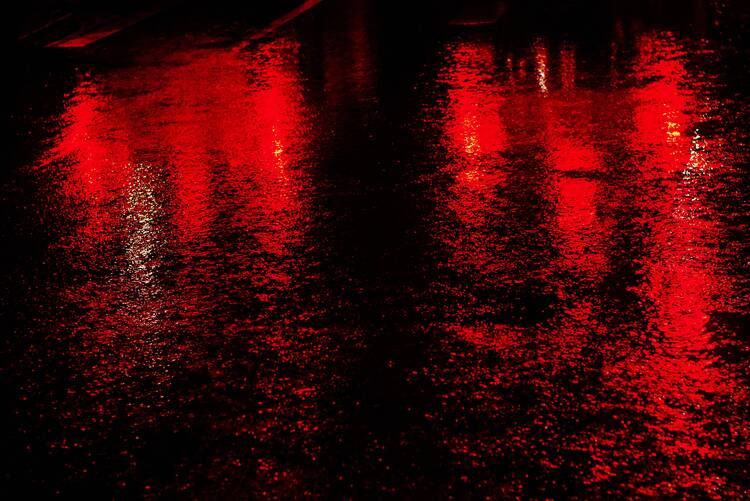 A Reflection for the Friday of the First Week of Lent

There is a scene in J. F. Powers’s novel Morte d’Urban where the protagonist, Father Urban, is trying to explain a particularly difficult teaching of Jesus in the Gospels to two annoyed businessmen. Unfortunately, he finds he cannot parse what Jesus means at all. “I’ll grant it’s a difficult text, but rightly understood,” he demurs, then trails off into awkward silence. Here is the narrator:

It had even entered Father Urban’s mind that Our Lord, who, after all, knew what people were like, may have been a little tired on the day he spoke this parable. Sometimes, too, when you were trying to get through to a cold congregation, it was a case of any port in a storm. You’d say things that wouldn’t stand up very well in print.

Powers’s priest captures an uneasiness all of us probably feel about one part or another of Jesus’ teachings: Some seem a mystery, some seem contradictory and some, quite frankly, just don’t sound like lessons we want to learn. Scripture scholars and preachers call these the “hard sayings” of Jesus.

Anyone who has nursed a grudge might wish for some nuance in today’s Gospel: Surely it’s not the same thing to kill as it is to be angry? Isn’t there a little wiggle room to hate on our enemies?

Anyone who has nursed a grudge might wish for some nuance in today’s Gospel: Surely it’s not the same thing to kill as it is to be angry?

I suspect what Jesus was talking about is not the flash of anger that we all experience at times, nor the outrage at injustice that is called for in the prophets and elsewhere in the Scriptures. There is even a kind of righteous anger that appears in Jesus’ own story: It is not long after his entry into Jerusalem in the synoptic Gospels that he raises holy hell in the temple courtyard.

I think that the verse that immediately follows those seen above gives a clue as to what might be the real lesson here for many of us: “If you bring your gift to the altar, and there recall that your brother has anything against you, leave your gift there at the altar, go first and be reconciled with your brother, and then come and offer your gift.”

What if God is calling us to conversion about the resentments in our lives—those we hold and those we cause? What if it’s not the flashes of anger that we are called to forswear, but the well-nourished anger of resentment? What if we are being told not to bring our sacrifices before God when there is an internal sacrifice God desires of us?

I think it is actually far harder to surrender resentment than to surrender anger, because resentment is anger stemming from the perception that we’ve been treated unfairly; therefore we consider that anger is justified. It is not hard to apologize for losing your temper. It is almost impossible to forgive someone when we think we have been in the right for a long time—that for years, for generations, God has been on our side in a fight.

What if it’s not the flashes of anger that we are called to forswear, but the well-nourished anger of resentment?

But what happens if we hold on to our resentments, our anger at what has been done to us that we feel is justified, baptized? We don’t necessarily become killers, pace the New Testament example. But in the long run, the resentment kills us. Ask any person in recovery from addiction about this, about the ways resentment can eat a person alive, can trigger every other kind of self-destructive behavior. The writer Anne Lamott phrased it well in Traveling Mercies: “Not forgiving is like drinking rat poison and then waiting for the rat to die.”

Perhaps in today’s reading, Jesus is not demanding of us the impossible. Maybe this “hard saying” is not a threat of hellfire at all. Perhaps it is part of Jesus’s larger, consistent call to the fullness of life—one free of the chains of our trespasses and of those who trespass against us.

To quote Anne Lamott again (though she gives credit for this insight to Thomas Weston, S.J.): “You can tell you’ve created God in your own image when God hates all the same people you do.”

What are you giving up for Lent?

Telling people what I’m giving up for Lent. What is this, 20 questions?

Do you cheat on Sundays?

I try not to. It feels like backsliding. I remember one year in my 20s, my roommate and I agreed to give up swearing. It felt a little weird to be lounging around on Sunday afternoon reveling in expletives.

Cacio e pepe. I am not going to pretend I prepare this dish well because I screw up the pasta about 50 percent of the time. But it is inexpensive to make, it is a quick dinner, and you can ramp the recipe up or down (and add spice). And it is delish.

All you need is olive oil, salt, Parmesan cheese, Romano cheese, black pepper (I add chile pepper flakes) and linguini or spaghetti. I use The New York Times Cooking recipe because I’m already paying for access to the Spelling Bee app, but there are a million other easy variations online.

My first acquaintance with this song was in print, because the aforementioned J. F. Powers used a verse from it as the title for his beautiful novel, Wheat that Springeth Green. I heard the song for the first time on Easter Sunday at Newman Hall-Holy Spirit Parish in Berkeley, Calif., in 2012. Here is an acoustic version of it, because let’s be honest, we loved our guitars in The People’s Republic of Berkeley.

Now the green blade riseth, from the buried grain,
Wheat that in dark earth many days has lain;
Love lives again, that with the dead has been:
Love is come again like wheat that springeth green.

In the grave they laid Him, Love who had been slain,
Thinking that He never would awake again,
Laid in the earth like grain that sleeps unseen:
Love is come again like wheat that springeth green.

Forth He came at Easter, like the risen grain,
Jesus who for three days in the grave had lain;
Quick from the dead the risen One is seen:
Love is come again like wheat that springeth green.

When our hearts are wintry, grieving, or in pain,
Jesus’ touch can call us back to life again,
Fields of our hearts that dead and bare have been:
Love is come again like wheat that springeth green.