Authored by Alexander Zhang via The Epoch Times,

The UK Supreme Court ruled on Friday that Shamima Begum, who left the UK for Syria to join the ISIS terrorist group as a teenager, is not allowed to return and fight her citizenship case because she poses a security risk. 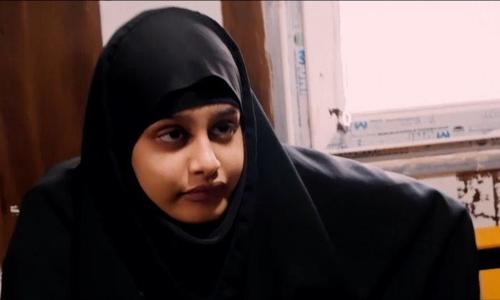 Begum, who has dual British-Bangladeshi citizenship, travelled to Syria at the age of 15, along with some other classmates, to join the so-called ISIS caliphate.

As the caliphate was being whittled down to its last survivors by U.S. and allied forces, she surfaced at a refugee camp in Syria, where she caught the interest of Western journalists. 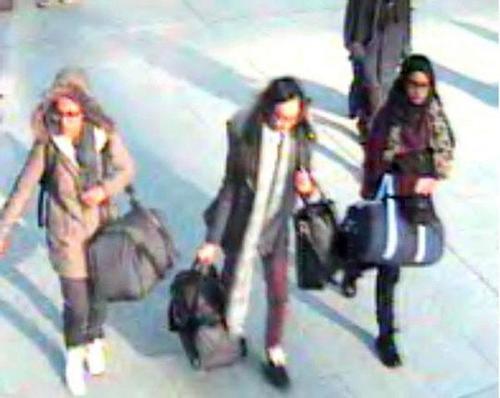 A still taken from CCTV issued by the Metropolitan Police in London on Feb. 23, 2015, of 15-year-old Amira Abase (L), Kadiza Sultana, 16 (centre), and Shamima Begum, 15, going through Gatwick Airport, south of London, before they caught their flight to Turkey on Feb. 17, 2015. (AP Photo/Metropolitan Police)

Her citizenship was revoked in 2019 by the Home Secretary following a series of interviews she gave from the refugee camp in which she expressed little remorse but said she wanted to return to the UK.

Her family appealed against the decision. Their legal team said that Begum must be allowed to return to the UK so that she can give evidence in person. The government resisted in the courts.

In July 2020, the Court of Appeal ruled that “the only way in which she can have a fair and effective appeal … is to be permitted to come into the United Kingdom to pursue her appeal.”

But the Supreme Court said on Friday that the five justices who heard the case “unanimously allows the Secretary of State’s appeals and dismisses Ms Begum’s cross-appeal,” meaning Begum will not be allowed back into the UK to fight her citizenship case, though she may continue to pursue the case elsewhere.

The Supreme Court said that the Court of Appeal was mistaken in believing that “when an individual’s right to have a fair hearing of an appeal came into conflict with the requirements of national security, her right to a fair hearing must prevail.”

The top court said “the right to a fair hearing does not trump all other considerations, such as the safety of the public. If a vital public interest makes it impossible for a case to be fairly heard, then the courts cannot ordinarily hear it.”

The ruling said Begum’s legal appeal should be stayed until she is “in a position to play an effective part in it without the safety of the public being compromised.”

Prior to the ruling, Will Geddes, CEO of International Corporate Protection Group and a counter-terrorism expert, told NTD that the case is “quite extraordinary” because its result “could have very serious repercussions in terms of other British nationals who have been operating and colluding with terrorist groups overseas, over and beyond ISIS, permitting them a pathway and access to return to the United Kingdom.”

“The risks that these returning jihadis and terrorists potentially present could be potentially quite extensive. It will also require a considerable amount of resource by the security services, even if they have turned their back on those previous ideals,” he said in an interview on Thursday.

But some senior Conservative MPs have argued that Britain should not “wash its hands” of the 40 British citizens detained in camps for ISIS personnel in northern Syria.

According to The Telegraph, in a letter Thursday to Foreign Secretary Dominic Raab and Home Secretary Priti Patel, Andrew Mitchell, David Davis, Tom Tugendhat, and Tobias Ellwood warned that failure to take responsibility for them would “necessarily create even more security risks for the UK in the future.”