Israel has just crossed a major vaccination threshold on Thursday, with health authorities claiming that more than 50% of Israelis have been vaccinated.

“As we speak we are crossing the line of 50% of the general Israeli population getting at least a first jab,” Health Minister Yuli Edelstein said in a Bloomberg Television interview on Thursday. “We all have to understand that we still have a long way to go, right now we are cautiously opening the Israeli economy,” he said. “There’s this kind of sigh of relief that comes a little bit I would say prematurely.”

Still, many questions remain about vaccines. After a setback with the AstraZeneca jab – it was found to be only minimally effective against a mutant strain that first emerged in the country – South Africa said it will take about three months to register and approve a different vaccine for general use. The country, home to Africa’s largest economy, has started inoculations of health workers as part of a study using the JNJ vaccine, which was reportedly found to be more effective against the South African strain. 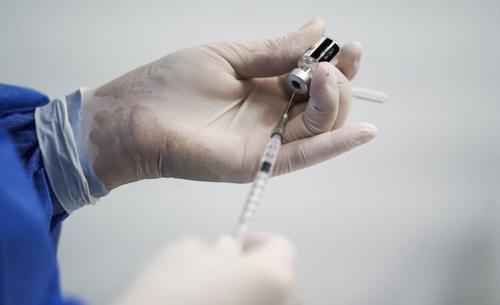 Circling back to the US, the number of new COVID cases is averaging fewer than 70K per day for the first time since October. As for virus-linked mortality, deaths have fallen from their peak, but about 2K continue to be announced nationwide on most days. The US surpassed 500K total deaths earlier this week, while daily deaths topped 3K on Wednesday for the first time in a couple of weeks.

On the vaccine front, millions of people are being vaccinated every week, and about 13% of the US population has received at least one dose. Case numbers remain stubbornly high in New York and New Jersey. By contrast, infection numbers have plummeted in the Great Lakes states, including Indiana, which is now averaging fewer than 1K new cases per day, Illinois, Wisconsin and Ohio have also reported declines of more than 30% over the last two weeks. 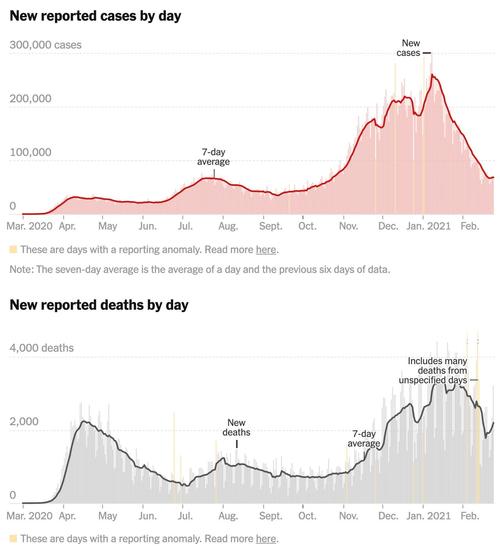 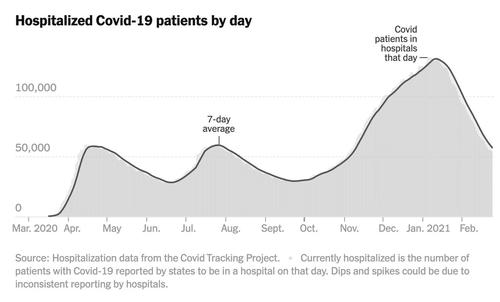 Elsewhere, Zimbabwe has become the latest country to strike a deal with a major Chinese vaccine-maker (in this case, China’s Sinopharm) agreeing to buy 1.8MM Sinopharm jabs.

Cases are falling across Europe, but some countries are faring more poorly than others. Finland’s government is preparing to invoke emergency powers, including a lockdown from March 8 to 28, as infection rates rise, it said on Thursday. Among the planned measures are closing restaurants and bars except for takeout, and moving students in junior high and above to remote learning. The government is also considering whether municipal elections can be held in April as planned. Hungary, which just posted its highest number of daily cases yet, is mulling an extension of restrictions until the middle of March. Authorities reported 4,385 new cases on Thursday, the highest daily total since Dec. 18, in what officials described as the ascending part of the next wave. Even in Germany, cases jumped 10.7K over the past 24 hours through Thursday, the highest one-day tally since Feb. 6.

Germany’s seven-day incidence rate inched up to 61.7, while the pace of vaccinations remains slow, like the rest of Europe. Merkel has set a rate of 50 as the minimum for lifting certain restrictions, and 35 as the threshold for lifting even more restrictions. In the Mediterranean, Cyprus will ease some of its restrictions after the number of new cases has dropped over the past 14 days. Starting on March 1, some high-school classes will re-open, as well as gyms, dance schools and swimming pools under certain conditions. The Cypriot government also plans to open restaurants, cafes and bars on March 16 as long as the situation keeps improving. Conversely, Finland’s government is preparing to invoke another emergency lockdown, set for March 8 through the 28, as infections rise. Bulgaria’s coronavirus deaths surpassed 10,000 as the EU country with the lowest vaccinated share of the population is preparing to ease restrictions. The government said it will allow bars and restaurants to reopen on March 1 despite the rising number of new virus cases.

Finally, India reported 16.7K new cases on Thursday (the highest one-day addition this month) pushing the total past 11MM and stoking fears of another wave in the world’s second-most populous nation. Deaths rose too, taking the total casualties to more than 156.7K, according to data from the Indian government.