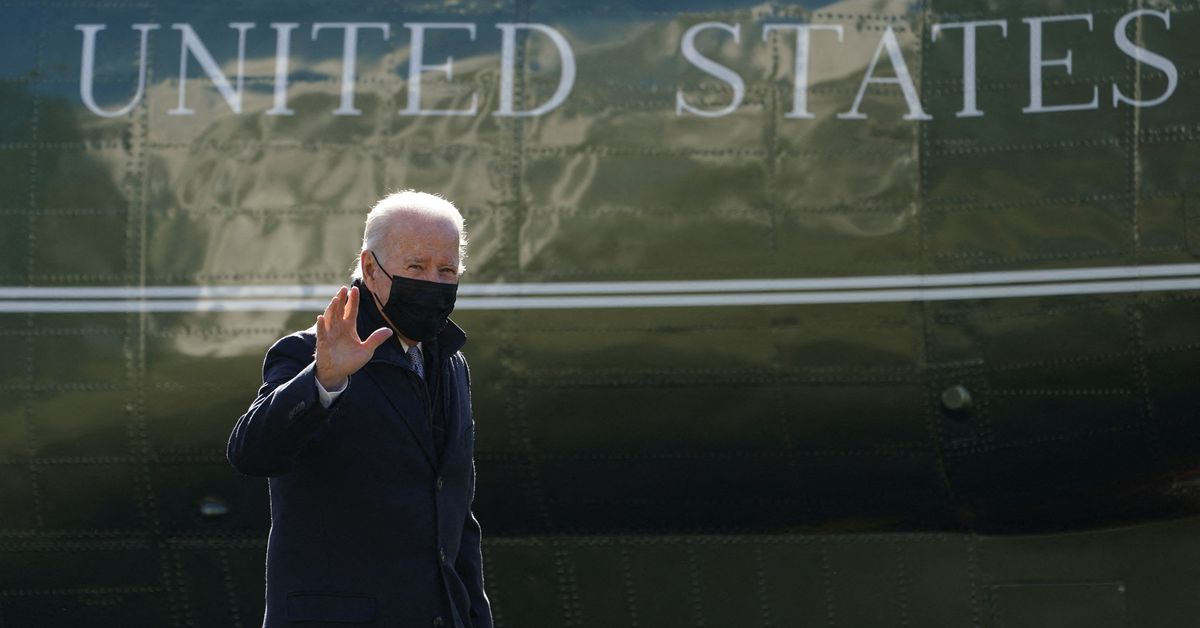 In a speech designed to breathe life into the fight to pass federal voting laws and convince skeptical Democrats of his commitment, Biden called many Republicans cowardly and committed to changing the U.S. Senate “filibuster” to pass legislation.

Calling it a “battle for the soul of America,” the Democratic president put the voting rights effort on par with the fight against segregation by slain civil rights leader the Rev. Martin Luther King Jr.

Former President Donald Trump maintains the 2020 election was stolen by Democrats through voter fraud, despite investigations’ finding no supporting evidence. Since then, Republican lawmakers in 19 states have passed dozens of laws making it harder to vote. Critics say these measures target minorities, who vote in greater proportions for Democrats.

Biden on Tuesday said Republicans must choose which side of history they want to be on, as he contrasted civil rights heroes with the country’s most ardent white supremacists.

“Do you want to be on the side of Martin Luther King or George Wallace?” Biden asked, referring to the segregationist former Alabama governor.

His tone echoed remarks on the one-year anniversary of the attacks on the U.S. Capitol, reflecting a new White House calculus after a year focused on working with Republicans. Supporters of Trump were attempting “a coup” on Jan. 6, 2021, Biden said Tuesday.

“Not a single Republican has displayed the courage to stand up to a defeated president to protect America’s right to vote,” Biden said. “Not one.”

Before Biden spoke, there was a moment of solemnity as he and Vice President Kamala Harris stood before King’s gravesite, with King’s family standing nearby, heads bowed. Biden and Harris later spoke on the shared campus of Clark Atlanta University and Morehouse College, two historically Black schools.

Jesiah Osbourne, 21, a senior at Morehouse who gives Biden mixed reviews overall, said he credits the president for pushing for a cornerstone civil right even in the absence of a clear legislative path. “It’s not going to happen overnight,” he said. “There’s no unity.”

Many activists say Biden should have done more during his first year in office to push for reforms, and some, including Georgia’s Stacey Abrams, did not attend his speech.

Biden told reporters on Tuesday that he spoke to Abrams, and despite a schedule mix-up, they are “on the same page.”

U.S. President Joe Biden waves as he returns via Marine One to the White House in Washington, U.S., January 10, 2022. REUTERS/Kevin Lamarque

“The President deeply understands that Congress must pass” the voting-rights bills “by whatever legislative means necessary,” said Abrams, a Democratic candidate for governor in Georgia.

Biden wants to build public support for the Freedom to Vote Act and the John Lewis Voting Rights Advancement Act. The bills would make Election Day a holiday, register new voters and strengthen U.S. Justice Department oversight of local election jurisdictions with a history of discrimination.

Both bills havelanguished in the Senate under united opposition from Republicans, who argue they would impose questionable national standards on local elections.

Biden said if no breakthrough on the legislation can be achieved, lawmakers in the Senate should “change the Senate rules, including getting rid of the filibuster for this.”

The filibuster is a parliamentary maneuver effectively requiring a 60-vote majority in the Senate for passage of most bills, instead of a simple majority.

“Sadly, the United States Senate, designed to be the greatest deliberative body, has been rendered a shell of its former self,” Biden said.

“What the Democrats have coined a ‘voting rights’ bill is really just a partisan, political power grab. And now they want to eliminate the filibuster in order to advance this terrible legislation, which would only compound confusion in our election process,” Senator Mike Crapo said after Biden’s speech. read more

It was Biden’s most direct plea to date for the Senate to change its rules. Democrats, with only narrow control of the chamber, do not currently have the votes for such a maneuver.

Biden said he had had quiet conversations with lawmakers about the legislation in recent months, but “I’m tired of being quiet.”

Newly passed laws in Republican states could impact as many as 55 million Americans, the White House said.

Democrats are girding themselves for tough 2022 congressional elections that could strip them of their majority and the chance to change federal voting laws.