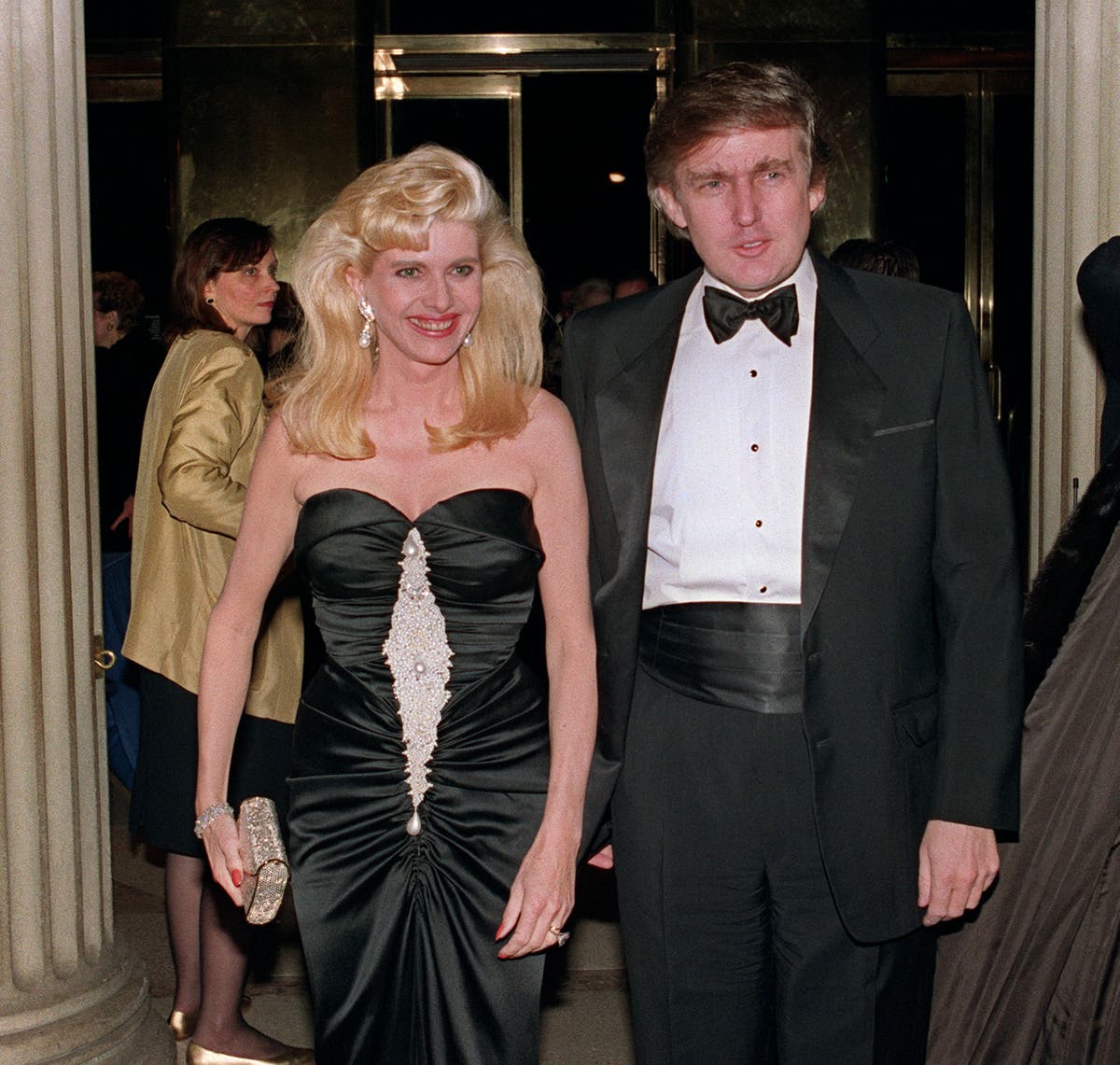 Ivana Trump, the first of president Donald Trump’s three wives and the mother of his three eldest children, passed away on Thursday at age 73.

Mr Trump confirmed his ex-wife’s death in a post on his Truth Social platform, writing: “I am very saddened to inform all of those that loved her, of which there are many, that Ivana Trump has passed away at her home in New York City.”

The former president described her as “a wonderful, beautiful, and amazing woman, who led a great and inspirational life” and said her “pride and joy” had been the trio of children she had with the former real-estate mogul: Donald Trump Jr, Ivanka Trump and Eric Trump.

In a statement, Ms Trump’s children announced the death of their “beloved mother” with “deep sadness”.

“Our mother was an incredible woman – a force in business, a world-class athlete, a radiant beauty, and caring mother and friend,” they wrote, adding that she had been “a survivor” who had “fled from communism and embraced this country”.

“She taught her children about grit and toughness, compassion and determination. She will be dearly missed by her mother, her three children and ten grandchildren,” they wrote.

Born Ivana Zelníčková in 1949 in what was then Czechoslovakia, she left the then-communist country in 1971 after marrying an Austrian ski instructor who she divorced a year later after obtaining Austrian citizenship, eventually making her way to California, then New York, where she earned a living as a model.

She met the future president in 1976 in New York City, and the couple married in April 1977. Their first child, Donald Trump Jr, was born just over eight months later. Her daughter, whose full name is also Ivana Trump (Ivanka is a diminutive form of the name, literally “little Ivana”) was born in 1981, with their third child, Eric Trump, following three years after that.

The couple was a mainstay of New York City popular culture in the 1980s, but by the end of the decade they would divorce after his affair with his future second wife – Marla Maples – became public. The divorce was contentious and provided front-page tabloid fodder for months. It was during those divorce proceedings that Ms Trump accused her husband of rape in a deposition. She later told the author of a book about her husband that she had “felt violated” by her former husband, but a statement issued by Mr Trump’s lawyers said she had not wanted her words “to be interpreted in a literal or criminal sense”.

According to The New York Times, the 1992 divorce settlement between Ivana and Donald Trump granted her a $14m payment, a mansion in Connecticut, an apartment in the Upper East Side co-op known as Trump Plaza, and one month a year at Mr Trump’s Mar-a-Lago club in Palm Beach, Florida.

Ms Trump would go on to marry and divorce twice more – in 1995 to an Italian businessman who she divorced two years later, and in 2008 to an Italian actor more than two decades her junior, in a ceremony held at Mar-a-Lago with her former sister-in-law, then-Third Circuit Judge Maryanne Trump Barry presiding. That marriage ended less than a year later.

Yet she continued to remain friendly with her first husband. According to the New York Post, she claimed to speak with him “before and after” his campaign appearances. She later told the Post that her ex-husband offered her the post of Ambassador to the Czech Republic after becoming president, but she turned it down. And in 2017, she told ABC News in an interview that she spoke with the then-president every two weeks and had a “direct number” to him at the White House.

She told ABC that she didn’t “really want to call” her husband there because his third wife, Melania Trump, was also living there.

“I don’t want to cause any kind of jealousy or something like that, because I’m basically first Trump wife,” she said. “I’m first lady”.