What would easily explained “chaos” in the markets be if Fed enabler turned Treasury Secretary Janet Yellen didn’t weigh in to muddy the waters?

Yellen said Thursday she wanted to “understand deeply” what happened during the GameStop fiasco before making any regulatory decisions, according to Reuters.

On Good Morning America on Thursday, Yellen, responsible for overseeing possibly the largest Fed-induced market bubble in history, said: “We really need to make sure that our financial markets are functioning properly, efficiently and that investors are protected.” 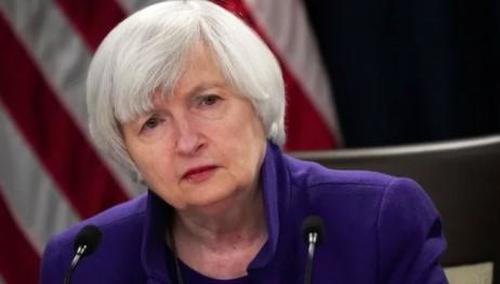 “We never had anything so large even during the great recession. We need to make sure people have jobs, if they don’t have jobs, that they’re supported,” Yellen said. She said she is putting together a meeting with the heads of both the SEC and the Federal Reserve Bank of New York, along with the CFTC, on Thursday.

That sure makes us feel better…

Yellen said that regulators will “discuss whether or not the recent events warrant further action,” and, for some added comic relief told ABC that she needed to “understand deeply what happened before we go to action but certainly we’re looking carefully at these events.”

GameStop stock – after being pumped by everyone from Chamath to Elon Musk, in combination with millions of Reddit users – has been sliding steadily since short interest in the name has dried up. And if Yellen needs a place to start “understanding deeply,” we recently covered some of the more interesting ways that shorts stuck in GameStop have been covering.