John Hinckley Jr. to Be Unconditionally Released in June – The New York Times 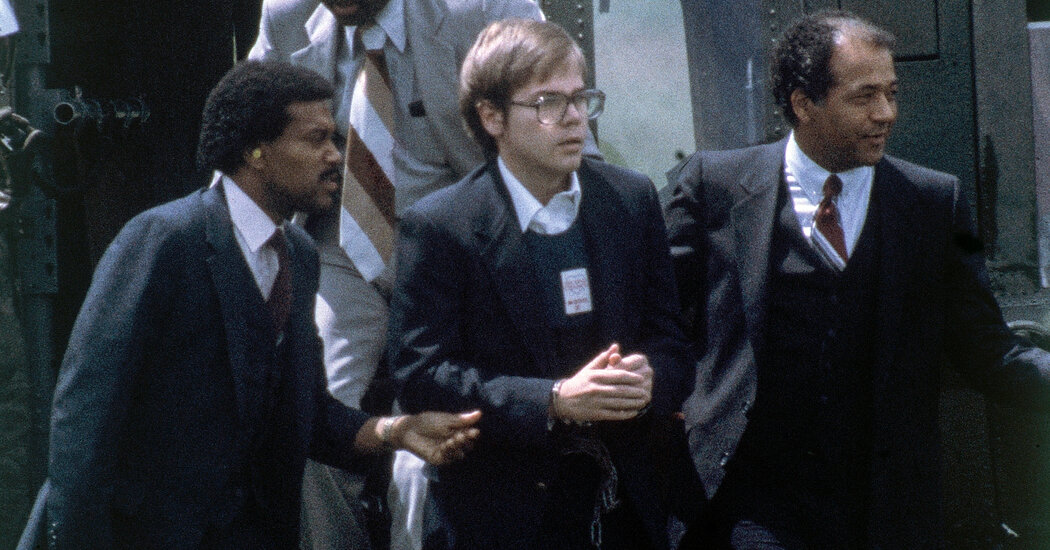 A federal judge agreed on Monday to lift all remaining restrictions on John W. Hinckley Jr., who tried to assassinate Ronald Reagan in 1981, next year if he stays mentally stable and continues to follow the conditions that he has been living under, prosecutors said.

Judge Paul L. Friedman, during a hearing in the United States District Court for the District of Columbia, said he would issue his written order on the plan this week, his office said.

“If he hadn’t tried to kill the president, he would have been unconditionally released a long, long, long time ago,” The Associated Press quoted the judge as saying during the hearing. “But everybody is comfortable now after all of the studies, all of the analysis and all of the interviews, and all of the experience with Mr. Hinckley.”

At the hearing, the U.S. Attorney’s Office for the District of Columbia said it would agree to Mr. Hinckley’s unconditional release in June 2022 “if he continues to comply with the conditions of his current release order and maintains his mental stability between now and then,” Bill Miller, a spokesman for the office, said in a statement.

Barry Levine, a lawyer for Mr. Hinckley, 66, said in a telephone interview that he and prosecutors had agreed before the hearing on the unconditional release and that Judge Friedman granted their joint request. He said the reason to wait until June was related to two major events in Mr. Hinckley’s life: Mr. Hinckley’s mother died in July, and his therapist is retiring in January 2022.

“The court wants to just see how he does,” Mr. Levine said.

For the decision to be reviewed again would require prosecutors to file a new motion and show that previous terms of the release had been violated, such as traveling more than 75 miles from Williamsburg, Va., without telling the court, Mr. Levine said

“It is self-executing,” Mr. Levine said. “The judge will pick what day it will be.”

After seeing the 1976 film “Taxi Driver,” Mr. Hinckley began to identify with the main character, who plots to assassinate a presidential candidate. Mr. Hinckley became fixated on Jodie Foster, who played a child prostitute in the movie, and moved to New Haven, Conn., to be close to her when she started to attend Yale University.

After the 1980 election, Mr. Hinckley stalked President Reagan in an attempt to impress Ms. Foster. In 1981, he wrote a letter to Ms. Foster describing his plan to kill the president, and waited outside the Washington Hilton Hotel for Mr. Reagan, waving at him as he went inside to deliver a speech.

From 2014 to 2016, Judge Friedman allowed Mr. Hinckley temporary stays in Williamsburg, where his mother lived. Mr. Hinckley volunteered to do landscaping at a Unitarian church, and he worked in the library and cafeteria of a psychiatric hospital. He also took up bowling, attended lectures and concerts, and exercised at a community center.

But he was under restrictions in that period. He had to work and volunteer at least three days a week or be reported to the authorities if he failed to show up. He had to live with his mother for at least the first year and carry a cellphone that tracked his movements.

In 2016, Judge Friedman ruled that Mr. Hinckley could live permanently with his mother. But he was to have no contact with Ms. Foster or family members of Mr. Reagan, Mr. Brady or his other victims.

Mr. Hinckley was also forbidden to be in the same area as current presidents, vice presidents, members of Congress or other senior administration members, and he was not allowed to have social media accounts without the unanimous consent of his treatment team.

On May 6, Judge Friedman issued an order saying that a psychologist could examine Mr. Hinckley to determine his mental condition and “risk of dangerousness, if any, if unconditionally released from his commitment,” the filing said.

A violence risk assessment in 2020 concluded that Mr. Hinckley would not pose a danger if he were released unconditionally from the court-ordered restrictions.

In another decision last October that relaxed the terms of Mr. Hinckley’s release, Judge Friedman said Mr. Hinckley could publicly display his writings, painting, photographs and other artwork.

Mr. Levine said Mr. Hinckley was living under virtually “no condition that matters at all.”

“He lives in Williamsburg, he goes to therapy,” he said. Once the unconditional release takes effect, “he is untethered to the court.”

“There is nothing the court can do to bring him back,” Mr. Levine said.