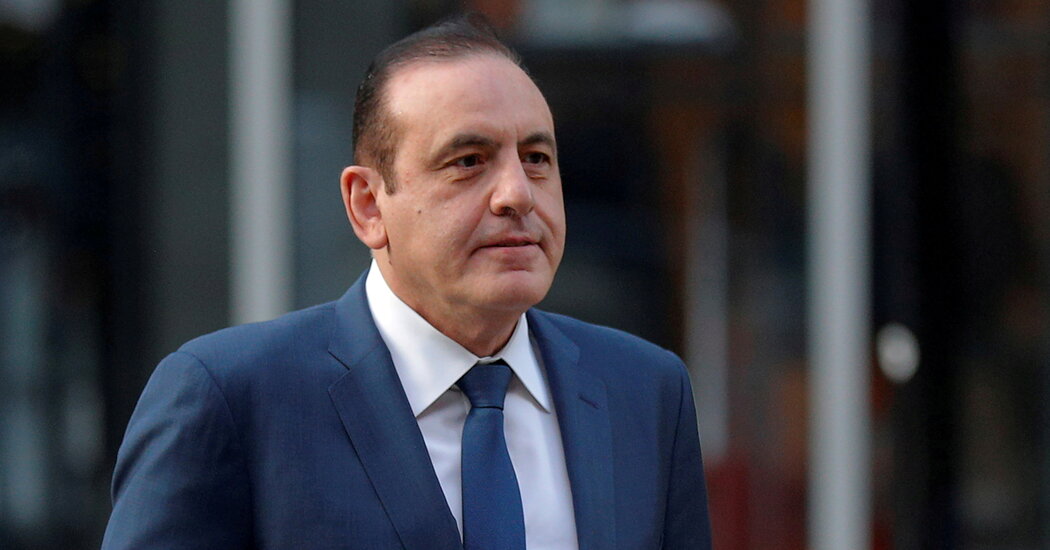 Two parents were found guilty in federal court in Boston on Friday for participating in a scheme to have their children fraudulently admitted as athletic recruits to some of the most prestigious universities in the country.

John Wilson, a private equity financier, and Gamal Abdelaziz, a former casino executive, were the first people to stand trial in the federal investigation known as Operation Varsity Blues. The investigation has snared more than 50 parents, coaches, exam administrators and others in an admissions scheme that implicated athletic coaches from colleges including the University of Southern California, Yale, Stanford, Wake Forest and Georgetown. Many other wealthy parents, including some celebrities, have pleaded guilty rather than take their chances in court.

Mr. Wilson was also accused of agreeing to pay $1.5 million in 2018 to have his twin daughters, who were good students, admitted to Harvard and Stanford as recruited athletes.

The jury verdict was a swift, resounding victory for the prosecution. The jury came into the courtroom shortly after 2:30 p.m. Friday, just over 24 hours after they began deliberating. The clerk read the verdict sheet, pronouncing each man’s name and a separate “guilty” verdict for each man, over and over again, five times each for the charges they had in common, and another six times for Mr. Wilson.

In many ways, the college admissions system was on trial. The defense argued that its clients were playing by the rules as they understood them: that wealthy parents with deep pockets could get an edge for their children by donating money to a university.

The case also shined an unflattering light on the college coaching industry, in which parents pay thousands of dollars for tutoring and advising services to help their children get into prestigious institutions. It reinforced a cynical view of admissions, especially into highly selective schools, by revealing a transactional mentality for families and universities.

But prosecutors said that this was not a case about traditional admissions, and that the parents had gone to great lengths to falsify their children’s athletic profiles, as well as paid bribes to get them into college.

The men were convicted on charges of conspiring to commit bribery and fraud; Mr. Wilson was also found guilty of filing a false tax return for taking a deduction for a payment that the government called a bribe.

They face up to 20 years in prison on the most serious charges.

But according to Ilene Jaroslaw, chair of the white-collar criminal defense practice at the Phillips Nizer law firm, she doubted that the judge would sentence either defendant to more than five years.

Since the indictments were announced in March 2019, 47 of the 57 defendants who have been charged have pleaded guilty or have agreed to do so. Thirty-three of those have been parents, including the actresses Felicity Huffman and Lori Loughlin, and Ms. Loughlin’s husband, Mossimo Giannulli, a fashion designer. Their sentences have ranged up to nine months in prison.

A handful of parents are scheduled to go on trial in the new year.

The linchpin of the operation was William Singer, who billed himself as a “concierge” admissions consultant for wealthy families. He ran a company called the Key and an associated foundation, which provided a mix of legitimate and fraudulent services, and worked with a network of corrupt athletic coaches and administrators.

He has pleaded guilty to racketeering and other charges and is cooperating with the government, though he has not yet been sentenced.

Mr. Singer, who is known as Rick, told parents that he could get their children through a “side door” reserved for recruited athletes.

Prosecutors said Mr. Singer’s services appealed to parents who wanted a guarantee of admission; he typically told them they did not have to pay in full until their children were admitted.

“The parents did not come up with the scheme; that was Rick Singer,” said Leslie Wright, one of the prosecutors. “But without them, it never would have happened.”

The defense argued that Mr. Wilson, a former Gap and Staples executive, and Mr. Abdelaziz, a former Wynn Resorts executive, were the victims of a masterful con artist. Mr. Singer had provided years of college coaching services to the two men, earning their trust, the defense lawyers told the jury, and they had no reason to suspect him.

They said they never saw the emails containing phony athletic profiles of their children that Mr. Singer sent to them for their approval — a claim the prosecution said was unlikely.

The defense lawyers described the men as busy executives and as caring but sometimes distracted fathers who were unaware of Mr. Singer’s illicit methods and only wanted to help their children by making legitimate donations.

“John is not part of Singer’s con,” Michael Kendall, Mr. Wilson’s lawyer, told the jury. “There is no evidence, not even a hint, that John figured out Singer’s scam.”

Brian Kelly, Mr. Abdelaziz’ lawyer, said: “It’s not illegal to do fund-raising, not illegal to give money to a school in the hopes that your kid will get in. So that’s his mind-set.”

Neither Mr. Singer nor the two fathers took the witness stand. Mr. Kelly said Mr. Singer was evading cross-examination, and referred to “the empty chair” that he said Mr. Singer should be sitting in.

“Don’t let Rick Singer, the empty chair, fool you, too,” he told the jury.

At the end of the trial, out of the jury’s earshot, Mr. Kendall told the judge that the government had not made clear “who is the victim” in the case. He asked whether it was the admissions subcommittee at U.S.C., which ruled on athletic recruits.

For Harvard and Stanford, where Mr. Wilson made payments to Mr. Singer’s foundation, not to anyone at the schools, how was the transaction “disrupting or defrauding or creating any problem,” he asked the judge. “There’s no there there.”

After his son was admitted to U.S.C. as a water polo recruit, Mr. Wilson wrote in a March 2014 email to Mr. Singer: “Thanks again for making this happen! Pls give me the invoice. What are the options for the payment?” He asked if Mr. Singer could make it “for consulting or whatever,” so that “I can pay it from the corporate account?”

The prosecution argued that the arrangement was an illegal quid pro quo and that it did not matter that some of the money actually did go to U.S.C.

“Singer’s pitch was that the money would go to the program in exchange for the bogus recruitment,” one prosecutor, Stephen Frank, told the jury in his closing arguments. “It’s still a quid pro quo, wherever the money goes.”