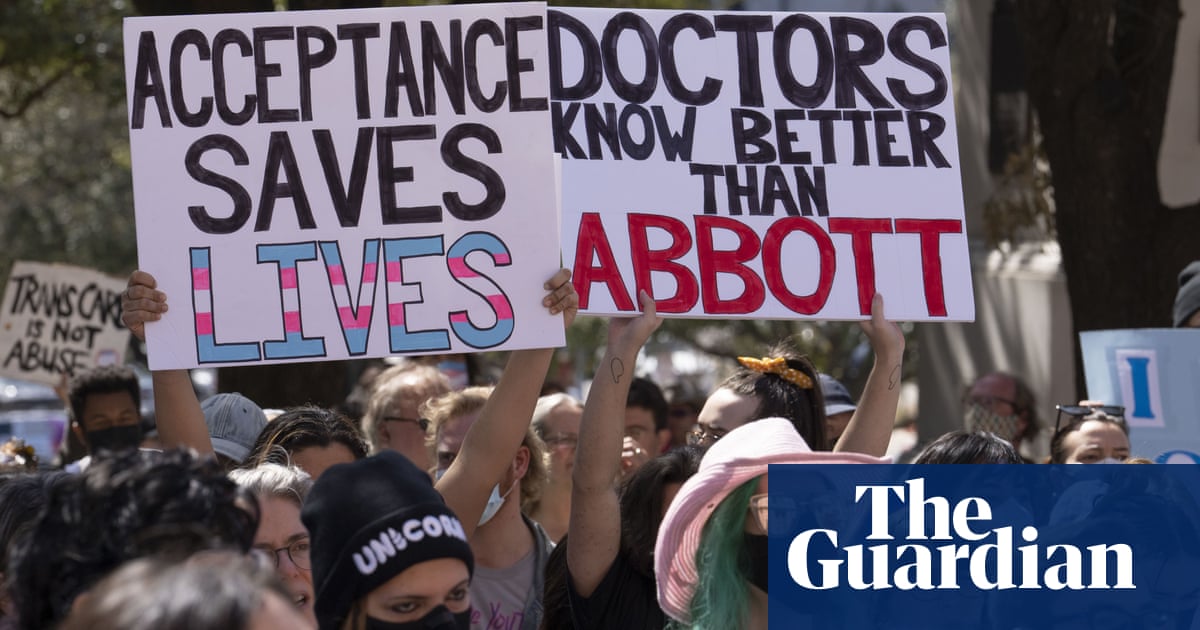 A Texas judge on Wednesday blocked the state from investigating the parents of a transgender teenager over gender-confirmation treatments, but stopped short of preventing the state from looking into other reports about children receiving similar care.

District Judge Amy Clark Meachum issued a temporary order halting the investigation by the Department of Family and Protective Services into the parents of the 16-year-old girl. The parents sued over the investigation and Republican governor Greg Abbott’s order last week that officials look into reports of such treatments as abuse.

Clark set a 11 March hearing on whether to issue a broader temporary order blocking enforcement of Abbott’s directive.

Meachum issued the order hours after attorneys for the state and for the parents appeared via Zoom in a brief hearing.

Paul Castillo with Lambda Legal, which joined the American Civil Liberties Union to file the suit, told Meachum that allowing the order to be enforced would cause “irreparable” harm to the teen’s parents and other families.

The groups also represent a clinical psychologist who has said the order will force her to choose between reporting her clients to the state or facing the loss of her license and other penalties.

Ryan Kercher, an attorney with Paxton’s office, told Meachum that the governor’s order and the earlier opinion don’t require the state to investigate every transgender child receiving gender-confirmation care.

Abbott’s directive and the attorney general’s opinion go against the nation’s largest medical groups, including the American Medical Association, which have opposed Republican-backed restrictions filed in statehouses nationwide.

Arkansas last year became the first state to pass a law prohibiting gender confirming treatments for minors, and Tennessee approved a similar measure. A judge blocked Arkansas’ law, and the state is appealing.

The Texas lawsuit does not identify the family by name. The suit said the mother works for DFPS on the review of reports of abuse and neglect. The day of Abbott’s order, she asked her supervisor how it would affect the agency’s policy, according to the lawsuit.

The mother was placed on leave because she has a transgender daughter and the following day was informed her family would be investigated in accordance with the governor’s directive, the suit said.

DFPS said Tuesday that it had received three reports since Abbott’s order and Paxton’s opinion, but would not say whether any resulted in investigations. At Wednesday’s hearing, Castillo said he was aware of at least two other families being investigated.