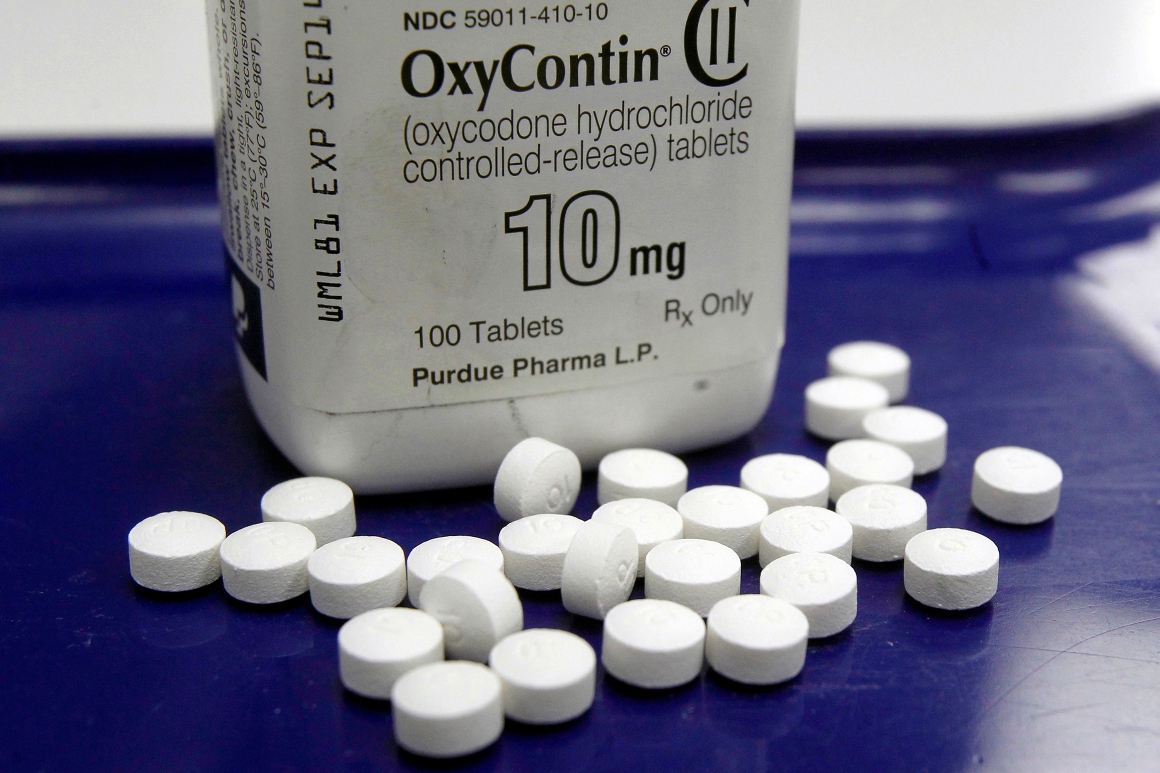 The drugmaker itself will be reorganized into a new charity-oriented company with a board appointed by public officials and will funnel its profits into government-led efforts to prevent and treat addiction.

Also, the settlement sets up a compensation fund that will pay some victims of drugs an expected $3,500 to $48,000 each.

After an all-day hearing in which he analyzed the plan’s pros and cons for a nonstop 6 1/2 hours, U.S. Bankruptcy Judge Robert Drain said he would approve it as long as two relatively small changes were made. If so, he said, he will formally enter the decision on Thursday.

He said that while he does not have “fondness for the Sacklers or sympathy for them,” collecting money from them through lawsuits instead of a settlement would be complicated.

The deal comes nearly two years after the Stamford, Connecticut-based company filed for bankruptcy under the weight of the lawsuits.

Under the settlement, the Sacklers were not given immunity from criminal charges, though there have been no indications they will face any.

State and local governments came to support the plan overwhelmingly, if grudgingly in many cases. But nine states and others had opposed it, largely because of the protections granted to the family.

The attorneys general of Connecticut, the District of Columbia and Washington state immediately announced they will either appeal the ruling or explore the possibility of doing so.

The Sacklers “should not be allowed to manipulate bankruptcy laws to evade justice and protect their blood money,” Connecticut’s William Tong said.

Some families who lost loved ones to drugs also came out against the settlement, including Ed Bisch, of Westampton, New Jersey, whose 18-year-old son died of an overdose nearly 20 years ago. “The Sacklers are buying their immunity,” he said.

But other families said they did not want to risk losing the money that will go toward treatment and prevention.

“If they gave me a million dollars, would it help bring back my son?” said Lynn Wencus, of Wrentham, Massachusetts. “Let’s help the people who are really struggling with this disease.”

In a statement, members of the Sackler family said: “While we dispute the allegations that have been made about our family, we have embraced this path in order to help combat a serious and complex public health crisis.”

Purdue chair Steve Miller said the settlement averts “years of value-destructive litigation” and “ensures that billions of dollars will be devoted to helping people and communities who have been hurt by the opioid crisis.”

The bankruptcy judge, based in White Plains, New York, had urged the holdouts to work out an agreement for the same reason.

“Bitterness over the outcome of this case is completely understandable,” Drain said. “But one also has to look at the process and the issues and risks and rewards and alternatives of continued litigation versus the settlement laid out in the plan.”

Some of the opioid deaths over the past two decades have been attributed to OxyContin and other prescription painkillers, but most are from illicit forms of opioids such as heroin and illegally produced fentanyl. Opioid-linked deaths in the U.S. continued at a record pace last year, hitting 70,000.

The crisis devastated the reputation of the Sackler family, major philanthropists whose name was once emblazoned on the walls of museums and universities around the world. With the settlement, family members who have owned the company will still be worth billions.

Whether the deal holds the Sacklers sufficiently accountable was the most contentious question through the proceedings. Those suing succeeded in boosting the amount the Sacklers would pay from a likely $3 billion.

David Sackler, a former Purdue board member, had testified that family members would not accept the agreement unless it protected them from lawsuits. Otherwise, he said, the family would defend itself in litigation that could drag on for years and eat up the company’s and the family’s assets in lawyers’ fees.

His father, Richard Sackler, a former Purdue president and board chair, said under questioning that he, his family and the company did not bear responsibility for the opioid crisis.

Drain noted that none of the four Sacklers who testified offered an explicit apology. “A forced apology is not really an apology, so we will have to live without one,” he said.

The judge requested two somewhat technical changes to the plan: one clarifying that Sackler family members would be protected only from lawsuits involving opioids, and one on the procedure for bringing non-opioid claims against them.

One projection commissioned by a group of attorneys general found that the family’s wealth could rise from the current estimate of $10.7 billion to more than $14 billion by 2030 despite the required payments. That’s because the family could continue to benefit from investment returns and interest as they make their gradual contributions over a decade under the deal.

Lawyers for Purdue and branches of the Sackler family disputed the assumptions used in the projection.

The settlement also requires members of the Sackler family, who are scattered across the U.S., Britain and elsewhere in Europe, to get out of the opioid business worldwide.

Several attorneys general won another provision that will create a massive public repository of company documents, including ones that normally would be protected by attorney-client privilege.

Purdue has said the settlement overall will be worth about $10 billion, which includes the value of addiction treatment and overdose antidote drugs it is developing.

The bankruptcy case is not the first time Purdue had faced legal trouble over the marketing of its painkillers.

The company pleaded guilty in 2007 to federal charges it misled regulators and others about the addiction dangers of OxyContin and agreed to pay more than $600 million in penalties.

Last November, as part of a settlement with the U.S. Justice Department, Purdue pleaded guilty to conspiring to defraud the United States and violating anti-kickback laws.

Purdue’s bankruptcy has been the highest-profile case in a complicated universe of opioid litigation.

Drugmaker Johnson & Johnson and the three largest U.S. drug distribution companies recently announced a settlement that could be worth up to $26 billion if state and local governments agree.

Individual trials also remain, including one scheduled to start in October in Cleveland over the role pharmacies played in the crisis. Other trials have been held this year in California, New York and West Virginia, though verdicts have yet to be reached.