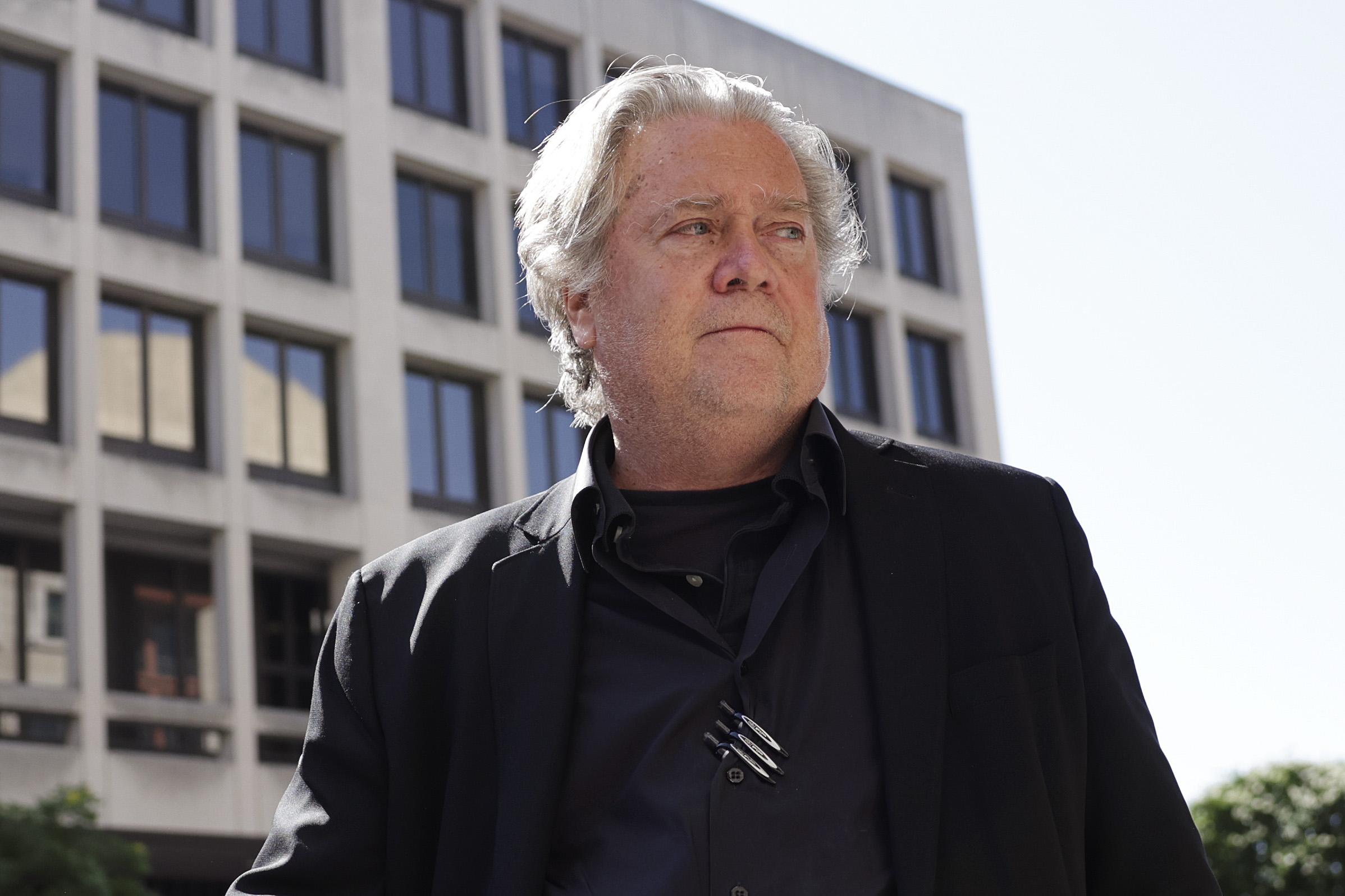 U.S. District Court Judge Carl Nichols has ruled that Bannon cannot argue in the criminal case that he chose not to comply with the subpoena because he believed executive privilege or other immunities permitted him to defy it. However, Nichols has allowed one potential defense: that Bannon believed the deadline to respond to the subpoena was flexible because his lawyer was still in talks with the panel or past experiences indicated those dates were not solid.

“It seems to me pretty clear that I had left open the possibility…that Mr. Bannon could introduce evidence that he did not understand the return dates to be firm for various reasons,” said Nichols, a Trump appointee.

The main issue in contention Tuesday was whether the jury should see full or redacted versions of letters between the House panel and Trump lawyer Robert Costello laying out Bannon’s arguments against the subpoena and the committee’s rejection of those arguments. Some of those letters describe the committee’s full-throated rejection of Bannon’s claims of executive privilege.

While Bannon’s defense team initially sought to level those arguments in the case, on Tuesday his attorneys argued that leaving those explanations in the letters would confuse the jury — particularly since the judge has ruled Bannon is not allowed to present most evidence related to his view of executive privilege.

Nichols said he was prepared to allow some mention of the privilege claim as an explanation for any confusion on Bannon’s part about the deadline, but the judge said he would order for now that the letters Bannon exchanged with the committee be redacted to delete the substance of the privilege arguments.

One of Bannon’s defense lawyers, Evan Corcoran, said the judge’s rulings or clarifications Tuesday amounted to a “seismic shift” in the case that merited delaying the trial by a month to allow the defense team to reset their case. Nichols denied this proposed delay, a week after he denied an earlier defense request for a three-month delay in the trial over publicity related to the House Jan. 6 committee hearings.

“I’m very concerned about redaction on the fly of documents and trying to keep track of how that affects the case,” Corcoran said.

Nichols said the evidentiary issues and his views on them had been clear all along and did not merit a lengthy delay, but he agreed that rushing to sort out the documents was unwise.

“The motion to continue is denied…..We have a jury that is just about picked. I think I was really clear in my decision last week. I don’t think I could have been clearer,” the judge said.

However, Nichols noted that jury selection isn’t fully complete, since the parties still have the chance to strike potential jurors from the 22-member pool qualified during questioning Monday.

The battling over the documents and what seemed like a line by line review of them in court by Nichols effectively pushed opening arguments to Tuesday afternoon at the earliest. And the judge said he’d consider having those arguments Wednesday instead, if necessary.

“I’m not foreclosing the possibility of delaying the trial by a day just to make sure that we get our ducks in a row,” the judge said.