Jury duty restored my faith in the American project 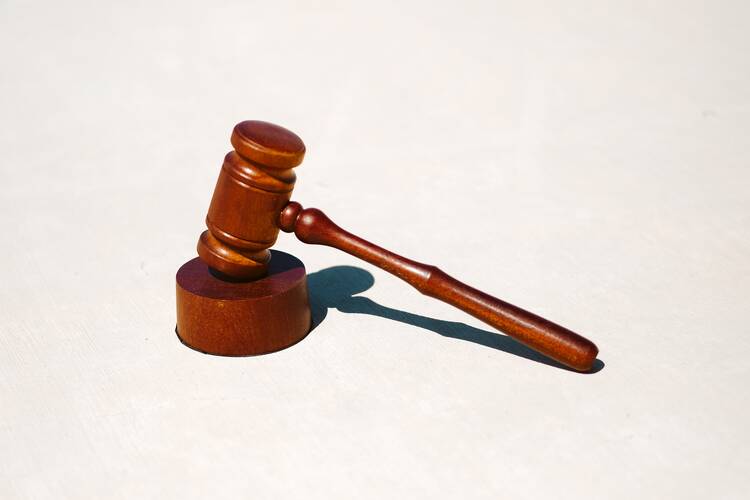 Jury duty in my small county, as I have learned the hard way, lasts for a whole month. Even if you are on a jury for a week, you still have to call in for the remaining three weeks.

“Are you kidding?” asked a fellow juror, after we had served for several days and reached our verdict. “Aren’t we done?”

“We have a smaller population pool to pull from,” explained the jury coordinator, who I am sure had absolutely no power to change the procedures she had to enforce. She paused for emphasis. “This isn’t Multnomah County.”

No, it isn’t. It also is not Los Angeles County, that enormous lake of prospective jurors from which I had relocated two years ago. Multnomah County encompasses Portland, the big city to the east of the northern coast of Oregon, and I now live in a much less densely populated county known for its cheese: Tillamook. (The name of the high school football team is the Cheesemakers. True story.)

So I, a.k.a. Juror Number 40, obeyed the summons. I believe the well-worn joke that the only people serving as jurors are people not smart enough to get out of jury duty is a harmful one. The right to a jury of one’s peers, enshrined in the U.S. Constitution, can only come to pass if one’s peers actually show up to serve their time in the box. Naturally, there are people who cannot afford to devote any extended time to jury duty: Breastfeeding mothers immediately come to mind. Or the self-employed. Someone in my jury pool told the judge that if they were to serve, the local weekly paper would not make its publication deadline. Either they exaggerated, or they offered literal witness to the sad decline of the newspaper business. The judge excused that juror.

Laws vary by state (and county), but jury duty can be postponed in most jurisdictions: I had postponed mine from June, when I had travel plans, to December. A teacher in the group had also postponed to December, having been under the impression that not a lot of trials were held in the month of winter holidays. The judge contradicted this, however, by noting that so many trials had been delayed because of the pandemic that the December docket this year was full.

And so we served. Because of Covid-19 protocols, we could not sit together in the 12-person box. Instead, we were spread out around the courtroom. This threw the attorneys for a loop: How do you address a jury effectively when some of them are sitting behind you? We could not be excused to the jury room because it was too small to maintain a six-foot social distance among us; every time the judge called a recess, we trooped upstairs to a conference room. Everyone was masked, except for when a witness was actually testifying, making it difficult to read facial expressions. Hand sanitizer was stationed everywhere and its use required.

Where else would we have listened to each other this way? Not online these days. Not at a school board meeting. Not at a political debate. Not at a family gathering. Not even in church.

Although I called in faithfully each evening for instructions from the judge, I only ended up serving on one jury. But that was enough to show me the hidden power of jury duty to heal us as a society. Here we were, a group of 12 Americans with nothing else in common other than answering a summons from the government. We learned a little about each other when the judge and attorneys questioned us, probing for biases, probably giving us enough information to form opinions about one another. We were of diverse ages, occupations, genders and ethnicities, and we were probably of different religions and political affiliations. We might not have met or conversed with each other anywhere else in the course of our daily lives. But we were tasked with putting all of that aside, as our instructions were to consider only the facts that had been presented in court.

As we deliberated the outcome of a domestic violence case, there was a purity of purpose in the room, an unspoken agreement to do our best to reach a fair verdict on each count. We discussed the law, held preliminary votes, brought up different points we had jotted in our courtroom notes, consulted and pored over the evidence, and listened to each other with respect and careful consideration.

Being stuck in a conference room with eleven other jurors has restored my faith in the possibility that any group can still work together.

“Respect and careful consideration.” That’s when it hit me: Where else would we have listened to each other this way? Not online these days. Not at a school board meeting. Not at a political debate. Not at a family gathering. Not even in church. Our society has become so splintered that I don’t know if a random group consisting of such folks as a delivery driver, a nurse, a security guard, a writer, a retired engineer, a teacher, a brewer and a stay-at-home mom might have been able to engage in a civil conversation anywhere else but in that conference room. That sounds sad. But it seems true.

We have largely partitioned ourselves off from knowing or associating with people with whom we disagree or have nothing in common. I am reminded of St. Paul’s frustration with factions in the early church: “I mean that each of you is saying ‘I belong to Paul,’ or ‘I belong to Apollos,’ or ‘I belong to Cephas,’ or ‘I belong to Christ’” (1 Cor 1:12). We belong to our groups just as narrowly. We go to certain parishes, read certain newspapers (or magazines), gather with certain friends and dismiss everyone and everything we disagree with: We don’t want to hear it. We make no room for differences of philosophy or opinion. Our tolerance is at an all-time low. Mostly, we are at war.

At least I know I am. I am guilty as charged of the above offenses. But being stuck in a conference room with eleven other jurors has restored my faith in the possibility that any group can still work together. By the time we reached our verdicts, I felt close to these folks. We had done our job. I felt a togetherness of commitment, a sense of duty fulfilled, a mutual faith in our imperfect justice system. I admit it: I felt a shared patriotism with these strangers. And now I feel refreshed, even hopeful for our country.

If answering the call to jury duty can evoke all that for a random gaggle of Americans, imagine what widespread participation in the current synod might do for our church.