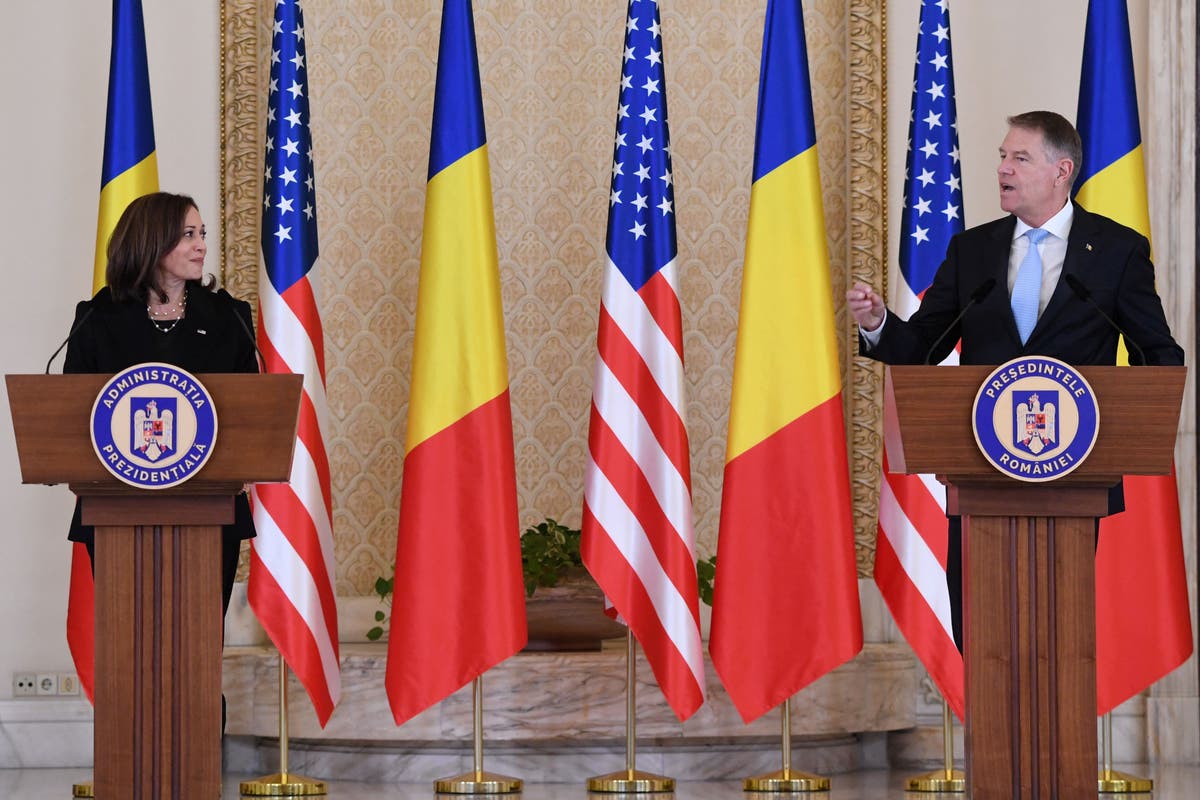 Vice President Kamala Harris was holding a joint press conference with Romanian President Klaus Iohannis about the response to Russia’s invasion of Ukraine when the broadcast feed unexpectedly cut out.

The break in transmission occurred midway through a response by Mr Iohannis across all networks carrying the transmission as well as on the official website of the Romanian presidency.

The vice president was meeting with the Romanian president at the Cotroceni Palace in Bucharest on the third day of her visit to Europe.

Shortly before the feed from Romania was lost, Ms Harris said that there are no clear signs that Russian President Vladimir Putin is interested in relenting on his assault on Ukraine.

“The United States has been attempting sincerely to engage in diplomacy actively. And from everything that we know and have witnessed, Putin has shown no sign in engaging in serious diplomacy,” she said.

Ms Harris said that Russia is deploying its playbook of lies, misinformation and acts of aggression in Ukraine.

Her remarks come as the US Senate just passed a $1.5 trillion omnibus spending bill that includes aide to Ukraine.

The vice president and President Iohannis met at about 2.15pm local time in the Hall of Honour of the Cotroceni Palace before beginning a bilateral meeting in the Honour Room.

Both leaders approached a large wooden desk at which Ms Harris signed her name in a guest book while President Iohannis watched.

“That is why I am here, to reaffirm our commitment to this partnership and also to the Nato alliance as a whole,” the vice president replied.

Ms Harris also reiterated the United States’ commitment to Article 5 of Nato, which says an attack on one member of Nato is an attack on all members of the alliance.

The vice president’s travel pool reports that the briefing wrapped up after about 30 minutes. Ms Harris then headed to the airport.

Some protesters were spotted on the drive away from the palace with posters showing Ms Harris’ face next to Mr Putin’s. Others read: “We Romanians want neutrality.”

The meeting with the Romanian president draws a close to Ms Harris’ diplomatic mission to Poland and Romania.

Both states are Nato members, border Ukraine, and have seen a flood of refugees since Russia began its invasion of the country just over two weeks ago.