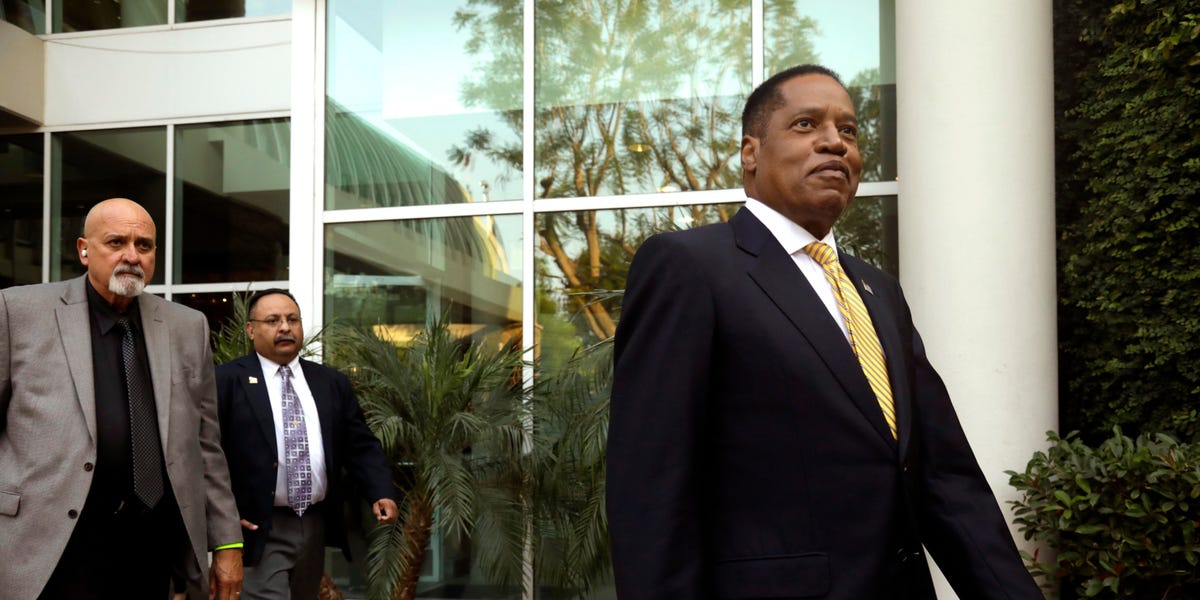 California GOP gubernatorial candidate Larry Elder on Friday pledged to replace Democratic Sen. Dianne Feinstein with a Republican if he wins the upcoming Sept. 14 recall election and the longtime lawmaker steps down from office.

During a radio interview on “The Mark Levin Show,” Elder blasted Feinstein’s visibility and took a swipe at her capacity to serve in office, while also taking a dig at President Joe Biden.

“God forbid Governor Elder should replace Dianne Feinstein who nobody’s seen in weeks,” he said. “I’m told she has a worse mental condition than even Joe Biden. They’re afraid I’m going to replace her with a Republican — which I most certainly would do and that would be an earthquake in Washington DC.”

The implications of such a move are monumental — if Elder could make an appointment, the current 50-50 Senate would shift to a Republican majority and give the party a senator representing one of the most Democratic states in the country. Democrats currently control the Senate due to Vice President Kamala Harris’s tiebreaking votes, but a potential Elder appointment would give the GOP an absolute 51-49 majority and create a bulwark against Biden’s legislative agenda.

Feinstein, a former San Francisco mayor who was first elected to the Senate in 1992, turned 88 this summer and has previously said that she was not considering leaving office early. In January, she filed early paperwork to run for reelection in 2024, when she would be 91 years old, but her staff later clarified that the submission was intended to “maintain a campaign committee” and was not an indication of whether she would stand as a candidate or retire.

Progressive Democrats, who were unsuccessful in dislodging Feinstein in 2018, were livid at Feinstein during last year’s confirmation hearings for conservative Supreme Court Justice Amy Coney Barrett last October, accusing her of acquiescing to Republicans and criticizing her for hugging GOP Sen. Lindsey Graham of South Carolina in a now-viral exchange.

Liberals were incensed that Feinstein praised Graham when they were fighting to block Barrett from joining the court.

“This has been one of the best set of hearings that I’ve participated in,” Feinstein said to Graham at the time.

In November, Feinstein announced that she was stepping down as the ranking member of the Judiciary Committee and was replaced by Sen. Dick Durbin of Illinois, who became later chairman after Democrats Raphael Warnock and Jon Ossoff won the dual Georgia Senate runoff elections in January.

Elder, a prominent Black Republican who has long has espoused his deeply conservative views with a national audience, has vaulted to the top of many public polls in the September 14 gubernatorial recall election.

On the ballot, voters will first choose whether to remove first-term Democratic Gov. Gavin Newsom from office and if that effort is successful, then the replacement candidate with the highest numbers of votes will win the race.

On Levin’s show, Elder spoke of Democratic resistance to his candidacy in the nation’s most populous state.

“They’re scared to death that a blue state like California, God forbid they should elect a common-sense conservative Republican who makes an appreciable difference in their lives,” he said.