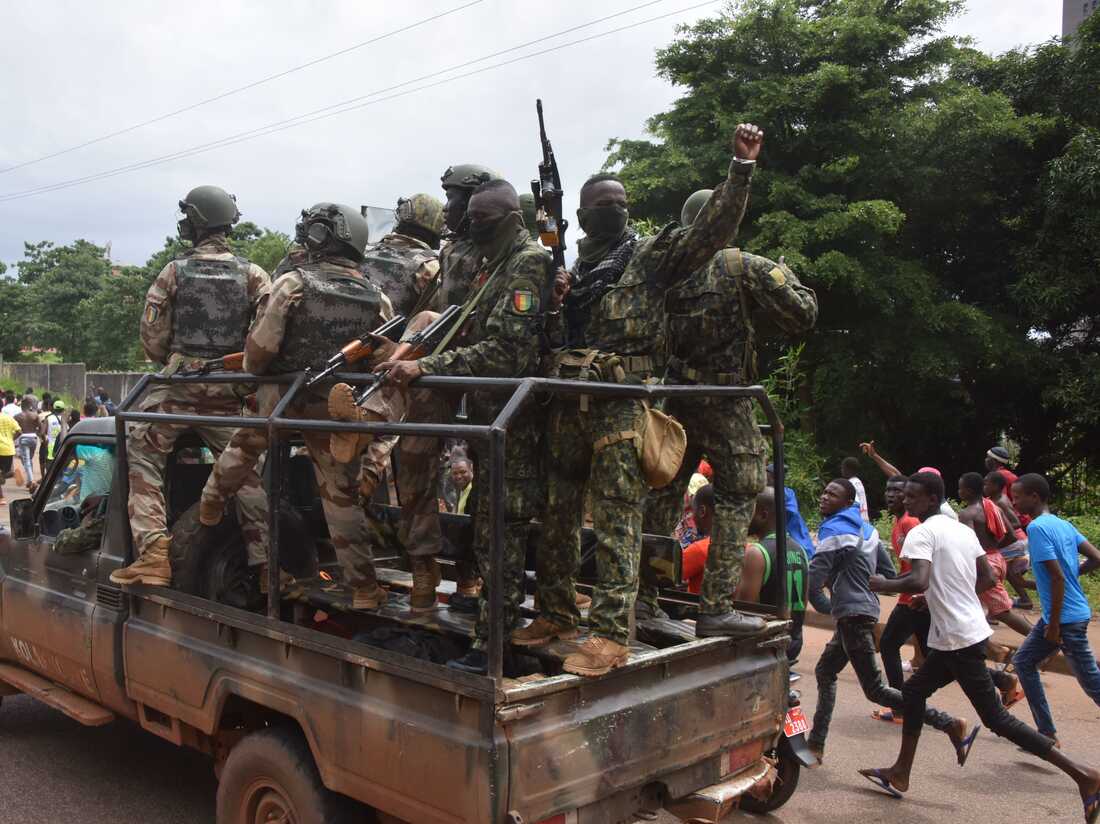 People celebrate in the streets with members of Guinea’s armed forces after the arrest of Guinea’s president, Alpha Conde, in a coup d’etat in Conakry on Sunday. Cellou Binani/AFP via Getty Images hide caption 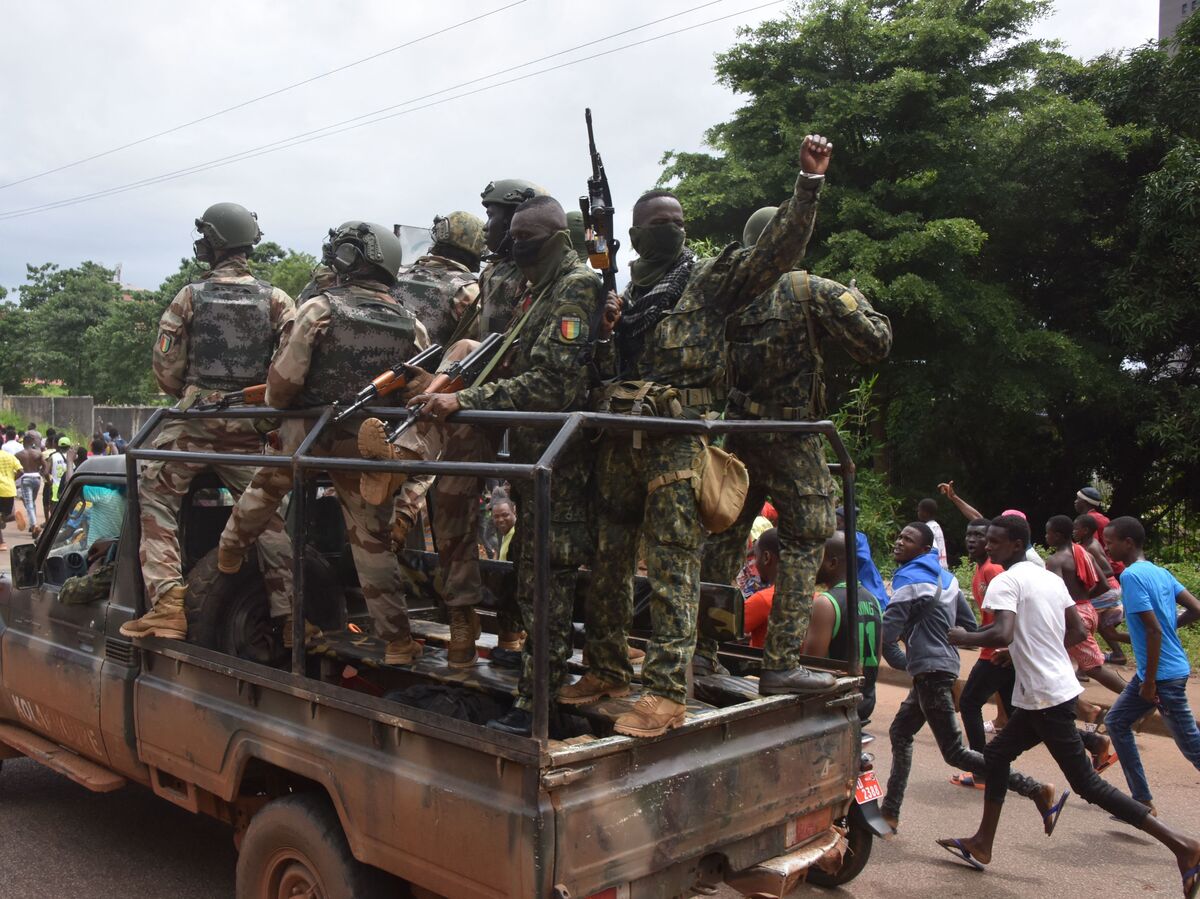 People celebrate in the streets with members of Guinea’s armed forces after the arrest of Guinea’s president, Alpha Conde, in a coup d’etat in Conakry on Sunday.

One day after the military stormed the president of Guinea’s palace and took him into custody, the coup’s leader ordered ministers from the ousted government not to depart the country and to hand over their official vehicles.

In a meeting Monday with the ministers — who had been warned that not attending would be considered an act of rebellion — Col. Mamady Doumbouya also encouraged companies that conduct mining in Guinea to continue their work, exempting them from a nationwide curfew. He also said there would not be a witch-hunt against former officials.

The coup began Sunday with reports of heavy gunfire near the presidential palace in Conakry, the country’s capital. At first, Guinea’s Defense Ministry said the incursion had been quashed. But photos soon emerged of the president, 83-year-old Alpha Conde, in captivity, surrounded by men in military fatigues.

Col. Doumbouya, a 41-year-old former member of the French legionary, appeared on state television Sunday to announce that the country’s government and constitution had been dissolved and a new government would be formed soon, though he did not provide a timeline. He said he led the coup to end the president’s corrupt administration, which had failed to bring economic prosperity to the country.

“We will no longer entrust politics to one man. We will entrust it to the people,” Doumbouya said.

The coup was met with widespread condemnation on Sunday. U.N. Secretary-General António Guterres tweeted that he was “personally following the situation in Guinea very closely,” and called for the military to release the deposed president.

I am personally following the situation in Guinea very closely. I strongly condemn any takeover of the government by force of the gun and call for the immediate release of President Alpha Conde.

A spokesperson for the U.S. State Department also issued a statement denouncing the military takeover, saying, “violence and extra-constitutional measures will erode Guinea’s prospects for peace, stability, and prosperity.”

The African Union and the regional body of West African countries, ECOWAS, both called for Conde’s immediate release.

President Conde’s capture comes less than a year after a violently contested election that led to the start of his third term, according to the Associated Press. In 2020 Conde rammed through a referendum to change the constitution, which then allowed him to run for a third term.

On Sunday many took to the streets to celebrate Conde’s removal from power, running and cheering alongside passing military vehicles.

Alpha Conde ascended to his role as the country’s leader in 2010 as Guinea’s first democratically elected president. His government helped boost mining and exports of its vast quantities of the mineral bauxite, used in the manufacturing of aluminum. But, as Human Rights Watch documented in 2018, the bauxite operations disrupted the lives and livelihoods of many in rural Guinea. Frustration had also been mounting over the years that the wealth gained from bauxite was not trickling down to most of the country.

Conde’s fate remains unclear, as well as whether the entire military supports the coup, the BBC reports.

Although the 15-country economic group ECOWAS has demanded Conde’s release, it has yet to threaten any invasions or sanctions, NPR’s Eyder Peralta reports.

The group entered The Gambia in 2017 to reinstate constitutional order, but it declined to invade Mali following a coup there last year. Peralta says Guinea’s apparent coup on Sunday may serve as a test of the economic group’s willingness to intervene.