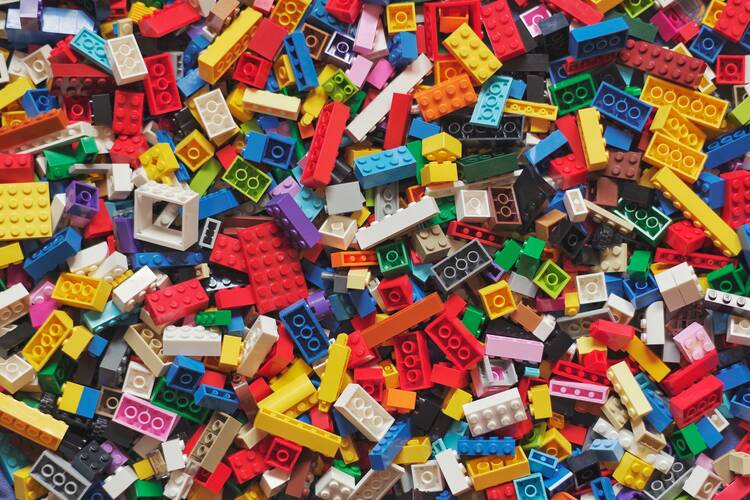 A Reflection for Wednesday of the Fifteenth Week in Ordinary Time

“I give praise to you, Father, Lord of heaven and earth, for although you have hidden these things from the wise and the learned you have revealed them to the childlike.” (Mt 11:25-27)

I loved Legos as a kid. From a set of elementary building blocks, you could create virtually anything. One day, I might decide to build a house. The next, I’d tear the house down and make a swimming pool. And then a store. And then a church. And on and on and on, each day a new project. I never got tired of them and never ran out of new stories to tell—why would I? 100 or so Legos could power a seven-year-old’s imagination for months on end.

As I grew older, though, I noticed that many of my friends started doing something very different. Instead of using a base set of blocks and doing whatever they wanted with them, they would instead go out to the store and buy “kits” designed for a specific purpose. For instance, you might want a Lego kit with step-by-step instructions for how to build the White House. When finished, of course, you’d put your Lego White House on the mantel, as a memento of the hours you spent building it.

Even as a kid, I never liked these sets. In fact, something struck me as deeply tragic about them. Why did I need to follow someone else’s instructions to the T? And why couldn’t I just tear it down and build something new? Could the White House not be a swimming pool, too?

Part of what makes Legos so genius is that they echo and parody the ultimate creative process, that of the universe itself.

The joy of Legos is in their creative capacity. It’s not that you can build magnificent structures with them, really; it’s that you can build quite literally whatever you want. And for a child—someone with an innate capacity for worldbuilding—that’s life-changing. It’s something you can never tire of. Until you grow old, of course.

Part of what makes Legos so genius is that they echo and parody the ultimate creative process, that of the universe itself. Just as we can make anything from a set of six or so different types of blocks, God could make everything in the universe from a set of 118 elemental “blocks.” Even us. Just like Legos in the hand of a seven-year-old, we occupy, for a brief instant, a heartfelt place in the story of a creator. When we die, we too dissolve into our constituent building blocks, ready to be used again for the creator’s next project.

Would that we had God’s eternal creative infancy! As Chesterton put it in his Orthodoxy: “we have sinned and grown old, and our Father is younger than we.”