Let’s Do Away with Lent 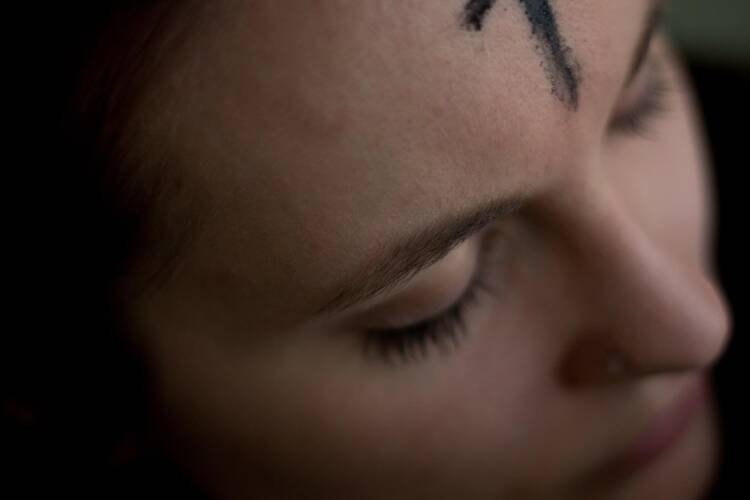 Editors’ note: The following essay appeared in the Feb. 27, 1982, issue of America. It elicited several strong responses, including a rare rebuke from the editor in chief, Joseph A. O’Hare, S.J., who penned an accompanying commentary in the same issue, writing, “I think most people are on to something very sound when they approach Lent as a time to get some of the clutter out of their lives, to silence some of the jangle in their hearts and to awaken that seasonal hunger that can remind us who we really are and what it is we truly want.” You can read Father O’Hare’s full response here.

Washingtonians accustomed to hearing me preach know that I take particular delight on Ash Wednesday in chiding those present for the penitential liturgies beginning that uniquely Catholic period of breast-beating. I remind them that far more of them are present that day than will be present on Ascension Thursday, even though that is (in the traditional terminology) a “holyday of obligation.” And I must beat my own breast and admit that I make extra efforts to improve the liturgies of the 40 days prior to Easter because these will be far better attended than the Masses of the 40 days after Easter. Isn’t it odd that 2,000 years after the Resurrection the emphasis in Christianity is still more on the cross than on the empty tomb? We are not a Resurrection people.

I am not successful in preaching the down-playing of Lent. Late last spring one of the attendees at my daily Mass was shifted in employment so that it was no longer convenient for him to attend my noonday Mass. Before leaving he thanked me for my liturgies, “particularly during Lent.” Mildly enraged I went back to my office and collapsed in dismay. Once again I had been more successful in what I was trying to suppress than in what I was trying to promote.

Isn’t it odd that 2,000 years after the Resurrection the emphasis in Christianity is still more on the cross than on the empty tomb?

What is it that makes people want to have guilt feelings? Are they by nature masochistic, so that there is some unnatural affection for penitential acts? While my experience is predominantly with Catholics, I do not believe the guilt-complex is limited to them. My Jewish rabbi friends tell me Jews are equally given to displays of repentance, particularly at Yom Kippur. And Philip Roth’s Portnoy’s Complaint bears literary testimony to Jewish compunction.

Now don’t get me wrong. I’m all for sincere repentance for evil done. I’m all in favor of the true biblical notion of metanoia, which calls for a turning away from the past patterns of life to new and creative ones in response to the demands of the Gospel. But by and large what I observe among devout Catholics is a predilection for pain and punishment instead of confidence in growth in the life of grace.

This is evident in a number of practical ways for my observation is that Catholics do practice what they do believe. They believe in Ash Wednesday and Good Friday far more than they do in Ascension Thursday or All Saints. The pay-off of years and years of such spirituality is that holydays of obligation (except for Christmas) are meaningless now. Some American bishops have recognized that and have tried to get on to the agenda of their annual meeting a discussion on the topic of doing away with holydays. Thus far they have been unsuccessful due to lack of interest on the part of clergy and laity and due to a resistance to change on the part of an even greater number of Catholics. But by and large the holydays are dead. Our churches are empty on those days when compared with Sunday attendance.

While I am not a strong proponent for holydays, I can still see that the celebration of some of them is far more theologically sound than is the preoccupation of Catholics with Lent. Surely the annual observance of All Saints, for example, which testifies to the fruits of the redemption blossoming in certain more famous members of the church universal, is a holy and wholesome thing to do. But such celebrations, at least in the American church, have been overshadowed by a rigorist tradition of penance and preoccupation with the Lord’s passion.

Such celebrations, at least in the American church, have been overshadowed by a rigorist tradition of penance and preoccupation with the Lord’s passion.

Try, if you will, to get a Catholic school to hold classes on Good Friday. The ensuing outcry will be more raucous than the biblical clamor of widows and orphans for justice. But the same schools will hold classes, without compunction, on All Saints, the Immaculate Conception or the Ascension. Catholics believe in what happened on Good Friday though it has never been a “holyday of obligation.” They do not believe in the effects of the redemption proclaimed by the church on All Saints, Immaculate Conception or the Ascension. Their absence from the pews on those days registers their disbelief.

Lent has got to go. It reflects poor theology for the 21st century. It was a poor theology for the previous 20 centuries. Even the church, deep within her being, has all along been conscious of this, reflected, as it has been, for centuries, in Laetare (Rejoice) Sunday smack in the midst of Lent. The church could never really get away from the joy of the Resurrection even in the midst of its breast beating. And days of the strictest penitential fast and abstinence in the past, frequent as they were, could never fall on Sunday. Sunday was always the exception because the church could not escape its overwhelming joy at the thought of what happened on that first day of the week centuries ago, the bright dawn of the Resurrection, the start of a new era, of an age of grace and growth.

In an Easter sermon some 15 centuries ago, St. Augustine condensed the point nicely, “Pagems believe in the death of Jesus, Christians in His Resurrection.” It’s time our liturgical life put emphasis on the Christianity veneered over us and downplayed the paganism deep within us. Maybe, then, we would begin to become Christian through and through.