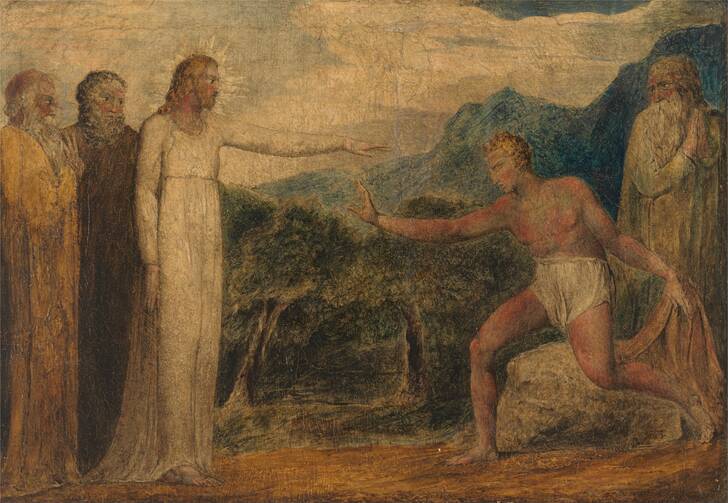 A reflection for the Thirtieth Sunday in Ordinary Time

The Holocaust survivor Primo Levi noted that we inevitably ask two questions of those who commit atrocities: First, why did you do it? And second, did you realize you were committing a crime? Today, numerous direct confessions are at our disposal. About them Levi writes:

The answer to these two questions, and others along the same lines, are very similar, regardless of the personality of the individual who is questioned…. Using different formulations, and with greater or less insolence, depending on their mental and educational level, they all end up saying basically the same thing: I did it because I was ordered to; other people, my superiors, committed deeds that were worse than mine; considering the upbringing I had and the environment I lived in, I could not have behaved otherwise; if I hadn’t done these things, someone else would have, and more brutally. The first impulse of anyone who reads these justifications is revulsion: they’re lying, they can’t think that anyone would believe them. They can’t see the disproportion between their excuse and the vast suffering and death they’ve caused. They lie knowing that they’re lying; they do so in bad faith.

God is more than we can comprehend, and sin limits what we can understand.

Levi thinks it runs deeper than that. These monstrous criminals are not simply lying to us. They have learned to deceive themselves. What they tell us is not spoken in good or bad faith.

The distinction presumes a clarity that few people have, and which even those few lose immediately when, for any reason, past or present reality makes them feel anxious or ill at ease. In such conditions, there are, in fact, people who lie consciously, coldly falsifying reality itself, but they are outnumbered by those who weigh anchor, distance themselves from genuine memories, temporarily or permanently, and fabricate a convenient reality. For them the past is a burden; they feel revulsion at what they did or what was done to them and tend to replace it with something different. The replacement may begin consciously, with a scenario that is invented, mendacious, and re-created, but less painful than the real memory. As this account is repeated to others but also to oneself, the distinction between true and false gradually loses its contours, and the person ends up fully believing the tale he has told so often and continues to tell, occasionally polishing and touching up the less plausible details, or the ones that are less consistent with one another or incompatible with the picture of the “established” events: what started out as bad faith has turned to good faith. The silent transition from lie to self-deception is useful: he who lies in good faith lies better, plays his part better, and is more readily believed by the judge, the historian, the reader, the wife, the children (The Drowned and the Saved, 1986).

Our Scriptures live most fully in the liturgy. There they take on new meanings in new contexts, especially when paired with other Scriptures. On the 30th Sunday in Ordinary Time, they ask us to stop lying to ourselves.

The prophet Jeremiah insists that God must, and will, take the initiative because we cannot find our own way back to God. We have disabled ourselves.

Behold, I will bring them back
from the land of the north.
I will gather them from the ends of the world,
with the blind and the lame in their midst,
the mothers and those with child;
they shall return as an immense throng.
I will lead them to brooks of water,
on a level road, so that none shall stumble (31:8-9).

We cannot simply search for God as we would other possible objects of our knowledge because, like the man in St. Mark’s Gospel, we are blind to the reality that is God. God is more than we can comprehend, and sin limits what we can understand.

Indeed, Bartimaeus has an advantage over us. He knows that he is blind. We, on the other hand, do not.

It is the nature of sin to confuse us, to deceive us, to blind us.

How else can one explain the contradictory nature of our self-assessment following sin: We have not really sinned; it is all quite explainable. Yet we secretly hate ourselves because of what we have done. How do those who are innocent come to loathe themselves? Somewhere, truth has been lost.

Real insight is always a grace. It is a gift from God, who simply is truth and love. Sometimes it comes harshly. Sometimes it dawns softly. Either way, it is the Lord who leads us into truth. All we can do is distrust our own assessments and cry out, “Jesus, Son of David, have pity on me.”