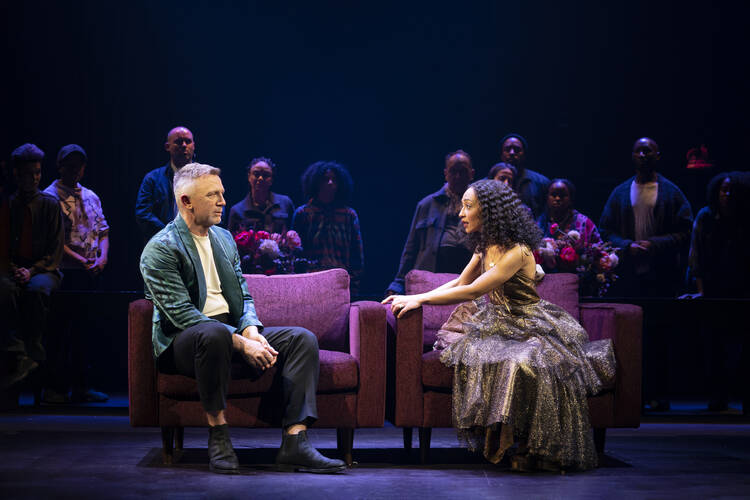 Classic plays don’t require updates or new translations to stay fresh, but if they are indeed classics, they can withstand new interpretations, and occasionally blossom in them. I have seen “Much Ado About Nothing” set among affluent Black folks in contemporary Atlanta, “Antigone” staged in an abandoned subway terminal, “A View From the Bridge” styled in monochrome on an intimate bare stage.

Two new productions in New York give striking new forms to a pair of 17th-century plays about hubris and betrayal among military men, with decidedly varied results. On Broadway is an odd, half-baked “Macbeth” starring Daniel Craig, and at the Brooklyn Academy of Music is a fiery import from London, “Cyrano de Bergerac,” starring the Scottish actor James McAvoy. Both use contemporary settings and contexts to highlight new colors and associations in their respective texts, and in various ways both feel as aggressive and driven as their lead characters.

Classic plays don’t require updates or new translations to stay fresh, but if they are indeed classics, they can withstand new interpretations.

“Cyrano” has the edge here, not only because playwright Martin Crimp has contributed a buzzy new adaptation rife with hip-hop-adjacent verse, and director Jamie Lloyd—who brought a traditional “Cyrano” to Broadway 10 years ago—has similarly reimagined the play as a kind of slam-poetry performance piece. The show’s success also has a lot to do with an ideal match of tone and material: Edmond Rostand’s original is all about swagger barely concealing insecurity, and this new take is likewise both sweepingly confident in its bold strokes and finely attuned to its characters’ enduring vulnerabilities and longings.

At the whirring center of the action is McAvoy as Cyrano. Neatly shorn and clad in leather and jeans, McAvoy brings such all-consuming intensity to the role that you worry for his health. This too-muchness isn’t wrong for Cyrano, a showboat with a short fuse. And it goes a long way to explain why, even without the usual long nose that signifies the character’s outward ugliness, McAvoy’s raging, self-loathing Cyrano is the kind of guy people fear or pity more than they love.

James McAvoy brings such all-consuming intensity to ‘Cyrano’ that you worry for his health.

That includes Roxane (Evelyn Miller), the object of his unrequited affection, who has friend-zoned him in favor of a new recruit, the pretty but vacant Christian (Eben Figueiredo). You know the vague outlines of this famous triangle: Cyrano agrees not only to intercede on her behalf with Christian, but also agrees to secretly supply tongue-tied Christian with the eloquent words to romance Roxane, even at one point memorably ventriloquizing a seduction on his rival’s behalf. This extended scene sits at the beating heart of this new production, as the culmination of a series of brisk scenes staged with breathtaking simplicity on and around a set of alternating chairs.

Lloyd’s production has this kind of sure hand throughout, from its stark, modular design by Soutra Gilmour to the live beatboxing supplied by Vaneeka Dadhria. If I have a quibble, it probably comes down to a matter of taste: While I note with admiration Lloyd’s unique combination of rigor and abandon, and remain duly impressed by McAvoy’s take-no-prisoners lead performance, the net result left me curiously cold, as if I had just watched a bravura concert by a band whose music I simply don’t care for.

By comparison, the new “Macbeth” on Broadway is like a jam session among talented musicians playing in different keys. In the lead role, Craig is a stolid jarhead, showing barely a flicker of recognizable emotion apart from anger or confusion, while Ruth Negga’s Lady Macbeth comes off as brittle and waif-like, a ghost long before her inevitable death.

“Macbeth” is like a jam session among talented musicians playing in different keys.

But the real dissonance here stems from director Sam Gold’s conception. Set on a naked stage with few props and the barest of furniture, Gold’s staging posits the witches as conjurers of the whole proceedings. Standing stubbornly at the left front of the stage is their spell-casting table, where their work manages to appear both appallingly gory and pointedly un-spooky, as if we were watching an especially gross cooking show. And a number of scenes expand the coven to encompass the entire ensemble, as if to say: This is the witches’ world, the Macbeths are just visiting.

That’s one way to make sense of the play’s supernatural underpinnings, I guess. But a conception in which the Scottish king and his wife are mere cat’s paws, with little purchase in any kind of reality, contemporary or otherwise, leads here to bouts of banality and silliness. Macbeth follows his murder of King Duncan with a sip of Miller Lite. Banquo is dispatched with what is apparently the only handgun in Scotland, as other combatants must make do with machetes and hammers. And the final duel with Macduff is a frustrating approximation of “Mortal Kombat”-style grappling.

Gold’s last outing on Broadway was a similarly misbegotten “King Lear,” and while I was an outlier regarding his muddled Public Theater staging of “Hamlet” with Oscar Isaac (most critics loved it), I relished his sharp Off-Broadway production of “Othello” in 2016, set in a contemporary battle zone and starring Craig as Iago.

The production this new “Macbeth” most resembles, though, is his 2017 staging of “The Glass Menagerie” on Broadway, with Sally Field as Amanda. That too had a bare set and the conceit of a story being conjured in front of us. But that worked in part because Tennessee Williams’s masterpiece is explicitly a memory play, framed by a narrator’s monologues. As tempting as it is to read “Macbeth” as a kind of séance, a magic gathering, it is at heart another of Shakespeare’s royal succession dramas, and as such requires sinew and shaping as much as mood and atmosphere.

The wounds to the play are not mortal, of course. While neither the Scottish usurper nor the French poet-warrior survive to their plays’ respective ends, we can be sure that both will live to strut and fret many more hours onstage.